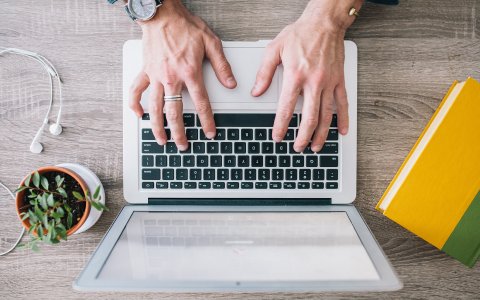 Students of South Ural State University have successfully passed selective stages of the 12th International Olympiad in the sphere of information technology IT-Planet 2018/19. Now they are to take part in the final which is to be held within the period from October 4th through 7th in Moscow at MISIS National University of Science and Technology.

This competition is one of the most large-scale events in IT sphere that have been introduced at the Russian Federation. It is targeted at bringing educational institutes and business structures of Russia and the CIS countries closer in order to improve the quality of education in the sphere of IT.

IT-Planet 2018/19 Olympiad is held using the grant of the President of the Russian Federation provided by the Presidential Grants Foundation and intended for development of civil society. The event is to be held under support of Autonomous Non-profit Organisation “Agency for Strategic Initiatives” (ASI) in the direction entitled “Young Professionals”.

Participants of the final will be students and graduates from Russia and the CIS countries who have demonstrated the best results during selection stages. Participants will compete in 14 contests in such categories as Programming, Cloud Computation and Databases, Telecom, Mobile Platforms, Digital Creativity, Free Software and robot Engineering, and in a special nomination entitled “Unlimited Abilities” and targeted at development of software for people with disabilities.

Students of South Ural State University Rustem Alkapov, Bogdan Kishchak and Ivan Lyzhin showed the best results among all participants representing SUSU at selection stages. In this regard, these students got invited to the international finale of the competition which is to take place on October 4th through 7th at MISIS National University of Science and Technology.

There will be open educational activities arranged for not just the finalists but for all the willing participants and visitors of the competition. There will also be master classes and open lectures. They will give a chance to get familiar with new technologies and enhance personal and professional efficiency. One of the sections will be dedicated to robot engineering: all the willing will be able to not just assemble a robot by oneself but also make them compete with each other. Programme of the finals will include presentations of academic programmes by vendor partners of IT-Planet Olympiad. Employees of the companies will talk about free and beneficial educational possibilities provided to educational institutions and students who wish to master new technologies.

At the official awarding ceremony on October 7, names of the winners who have successfully completed all assignments will be announced together with the names of educational institutions which students have accomplished the most outstanding results within the 12th International Olympiad in the Sphere of Information Technology IT-Planet 2018-/19. Winners of the finals will be awarded with honorary credentials, medals and valuable prizes granted by organisers and partners of the competitions.

Let us note that organisers and partners of the contests are leading Russian and international IT companies, such as 1C, Huawei, Oracle, GNU/Linuxcenter, 1C-Gendalf, Morizo, SimbirSoft, TIM3R, Studio 15, Motorika, together with the Institute of System Programming of the RAS, All-Russian Society of Disabled People and All-Russian Society of the Deaf. Organiser of the Olympiad is Autonomous Non-profit Organisation “IT-Planet Centre for Information Technology Development, and the Co-organiser is MISIS National University of Science and Technology.