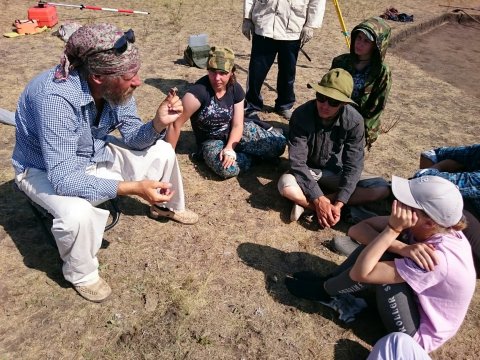 Every year, together with students, the staff of the Eurasian Studies Research and Education Centre of the SUSU Institute of Social Sciences and Humanities set off to archaeological digs. Lately, they have been doing research in Bredy District of the Chelyabinsk Region. Its territory features several hundreds unique historical objects: from the Stone Age man sites to ethnographic monuments. We have talked about this to the leading Research Fellow of the Institute of History and Archaeology of the Ural Division of Russian Academy of Sciences, Doctor of Sciences (History), Chief Research Fellow of the SUSU Eurasian Studies Research and Education Centre Andrey Epimakhov. He shared the details on this year’s summer practical training:

“Archaeology is everywhere as people lived everywhere and left traces of their activities. We teach our future history scientists how to recognize these traces and report them if needed. During the practical training, we solve scientific tasks and involve students into it, who learn in process performing research studies. The field part is 1/10 of our work, you can call it a starting point from which we move forward. But one should understand that neither of the most important or beautiful finds will ever solve problems – only analysis will do that. But the material for that analysis is only possible to obtain at the digs. Actually, we move in a spiral: new finds not only give answers, but also bring forth new questions”

The works in Bredy District started last year, this year they continued at a Bronze Age burial ground. In the process of research the supervisors together with students faced a number of difficulties: due to anthropogenic changes the mound’s soil turned out to be really solid, and hard climatic conditions did not help either as it was hot and windy. Moreover, burrowing animals did their bit, too. Traces of a big colony of groundhogs were found in the mound. These tend to live in one and the same place for thousands of years in a row, and this place proved attractive for them as mound soil is softer than that in other grounds. Over this time, these lovely animals have burrowed thousands of passages, which caved in destroying the central burial site. What was left of it were only separate finds and bones. Nevertheless, it turned out to be a many-mile mound, and the researchers managed to study several interments and animal offering sacrifices on the periphery.

“Our task is to train specialists, for whom the past will be not just interesting, but emotionally coloured due to a personal touch. Then, a found item stops being some ordinary thing and becomes part of the mosaic of life of some ancient person. The main thing is that students were able to feel what the real archaeology is. Naturally, they had numerous questions in the course of this work, and my task was to provide them with answers and demonstrate how absolutely ordinary finds allow to obtain fundamentally new information about the humanity’s past. I hope that as a result of working at this dig, “Bronze Age” stopped being just a phrase for them, and they have managed to create an image of this complicated epoch, which gives away its secrets so unwillingly,” noted the scientist. 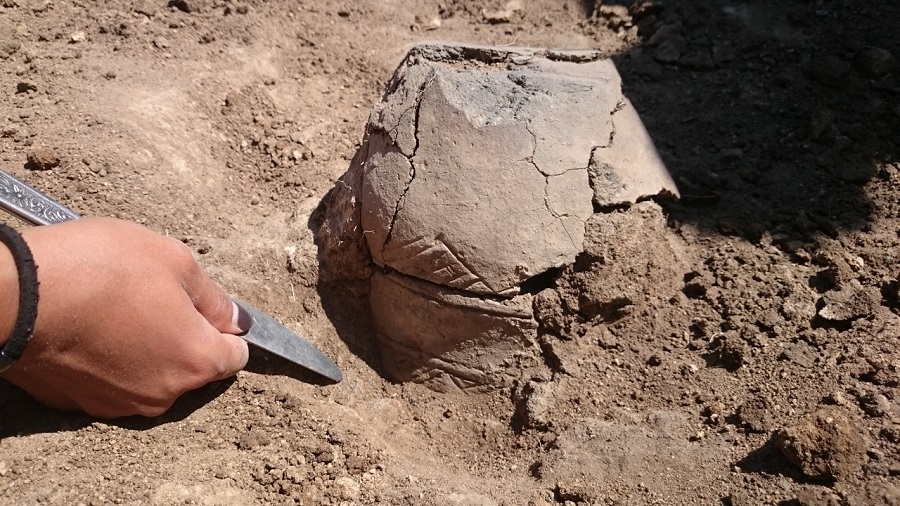 Archaeological practical training is never easy, as for the period of 4 weeks students find themselves in an environment completely new for them, one that requires a lot of physical work and living in the camp-like conditions, but allows to make new discoveries. Often, the time spent “in the field” leaves students with unforgettable impressions, so they try joining our team the following year as well. Also, among those trainees there are our university alumni who discovered that working at archaeological digs was their calling back in their student years.

This year’s finds are mostly related with housekeeping: dishware, which was buried with people; items made of stone and bone; and dice. The expedition’s finds date back approximately 3,700-3,800 years ago. In archaeology, literally anything can become the source of information; for instance, soil contained in vessels can tell what was kept in them; bones can allow to learn about the health of a population, its genetic composition, and the practices of offering sacrifices.

As we have already mentioned, working at digs is only the beginning of proper research, and currently big analytical work awaits the team, as the material they obtained is the raw material, which will yield new data, which in turn, like building blocks, help reconstruct the picture of the ancient times.

“Modern archaeology is a huge complex of methods. Personally I have witnessed some dramatic changes. Today, the frontier of archaeology as a science is related to using the methods of paleo DNA and isotopic analysis,” explains Andrey Epimakhov.

The Centre’s staff performs joint work with various subject-matter specialists, such as biologists, anthropologists and geneticists, in order to identify the origin of the finds.

“As to genetic analysis, we are involved in big international projects, we collaborate with Harvard Medical School, and universities in Scandinavia. The major breakthroughs of the recent years have been made namely in this field. Luckily for us, thanks to moderate climate in our region, the genetic materials that we’ve found preserve their structure well. That’s why scientists are happy to work with us and they successfully extract genome from the bones of ancient people.” 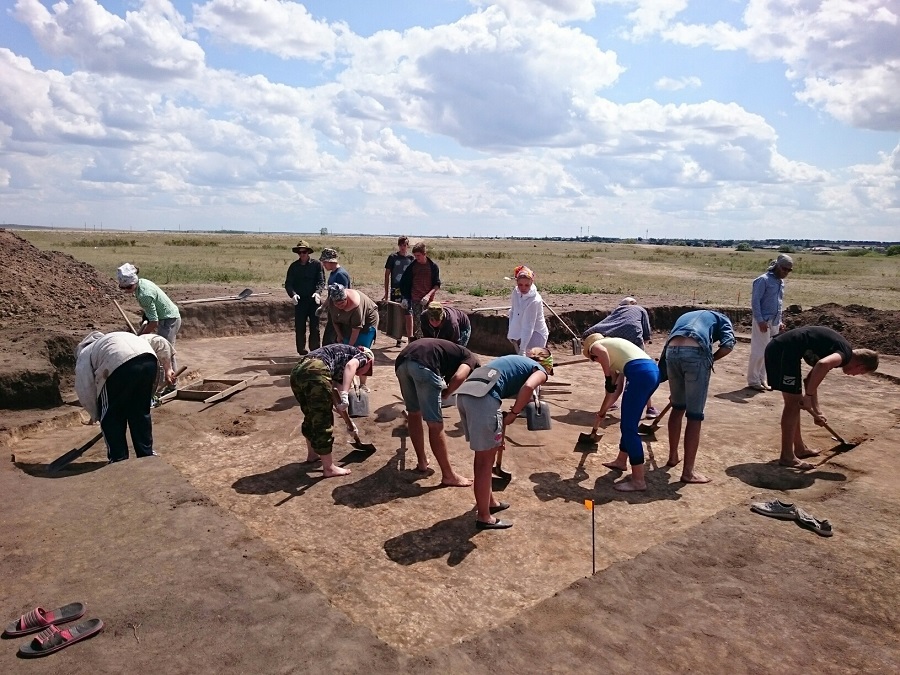 Modern archaeology has moved forward from its old image of a collecting archaeologist. Today, archaeology is trying to reconstruct the full spectre of life of ancient humans, and see what people looked like, learn what they ate, what state their health was in. In this sense, science is moving towards what is called ancient ethnography or social anthropology.

Practical training aims at forming an understanding than the archaeology of today is complicated, and that theoretical knowledge and visits to museums alone can never provide you with the whole picture, and that you can only get it while involved in the process.

All the finds are handed over for national archiving for the period of three years to museums, which are officially approved by the Russian Federation Ministry of Culture. SUSU Museum is among those. Once the finds are placed in museums, a complex preparatory work on turning these items into exhibits begins. Museums exhibit only a small part of these finds, as the majority of them are of interest for specialists but is not informative for the audience.