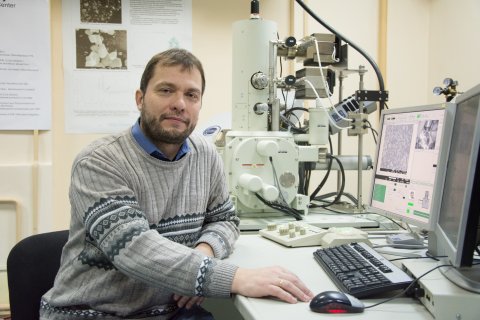 Scientists of the South Ural State University for the first time investigated the physical properties and structure of one of the aromatic compounds - perinone. This substance is widely used in industry as a dye. The research results will find application in the creation of new crystalline carbon materials, as well as composites, sorbents for water and air purification based on them, in organic electronics, medicine, and other fields.

Why do we need new carbon compounds?

According to a recent study, a scientific article was published in the highly-rated journal Acta Crystallographica Section B: Structural Science, Crystal Engineering and Materials, indexed by Scopus and Web of Science databases. The significant potential of the new forms of carbon is due to their expected outstanding properties: chemical inertness, electrical conductivity, strength, thermal stability, adsorption properties and uniformity of pore size. New carbon nanomaterials will be synthesized from organic polycyclic aromatic compounds.

“We have shown that perinone can exist not only in the form of a disordered crystal lattice but also in two ordered modifications that we obtained. However, perinone is of particular interest to us as a large flat molecule from which new carbon materials can be created. Obtaining a new class of crystalline carbon materials will lead to another considerable impetus for the development of materials science and chemistry as a whole, just as it was after the discovery of fullerenes and carbon nanotubes,” suggests a senior researcher at the Department of Materials Science and Physical Chemistry of Materials, research engineer at the REC "Nanotechnology" SUSU Dmitry Zherebtsov.

The primary task of scientists at the present time is to prevent large molecules of aromatic compounds from being disordered during thermolysis. So, at a temperature of 350 ° C, perinone melts and, upon further heating, forms amorphous carbon. To avoid the loss of the crystalline structure upon heating, it is necessary to introduce specific functional groups into such a molecule, which, even before reaching the melting point, “cross-link” all the crystal molecules into a common carbon frame. Achieving this goal will allow scientists to obtain new crystalline carbon materials.

The combination of valuable properties of crystalline carbon materials not yet discovered opens up the field of electrochemical applications for them, for example, in the batteries of smartphones or electric vehicles, in fuel cells, for example, hydrogen cells, which convert the energy of the reaction of hydrogen with oxygen into electrical energy. They can equally find application in solar energy.

Carbon materials will protect the environment

It should be noted that materials science is only one of the main strategic areas within which research is being conducted by chemical scientists. So, at present, the scientific team of the South Ural State University together with Belgrade University (Serbia) is studying ways to combat the pollution of industrial waters with phenols, which, like the period, are aromatic compounds, but have a negative impact on the environment and human health. In terms of toxicity, phenol belongs to the second hazard class, and interaction with it can lead to dysfunction of the nervous system, chemical burns and other negative consequences. In addition, this substance can remain resistant to decomposition in natural water bodies for several years, getting into animal organisms, as well as into plants and soil. One of the most promising ways to prevent the toxic effects of phenol on the environment and human health is its electrochemical oxidation. In this process, a porous carbon anode doped with iron oxide nanoparticles will be used. As a result, harmful impurities will be oxidized, forming water and carbon dioxide.

The results of a joint study with Serbian scientists will find application in the purification of waters contaminated with hardly oxidizable organic matter. It is carried out as part of the strategic direction of the university and is aimed at protecting the environment.