SUSU Visited by a Delegation from the Governors Association of Korea August 15th through 17th, with the support from the Government of the Chelyabinsk Region and the Chelyabinsk City Duma, the 6th International Forum of the Best Municipal Practices was held, which was dedicated to the issues of executing national projects approved by Decree of the President of the Russian Federation for the period until 2024.

The forum gathered representatives of Russian municipalities and their colleagues from neighbouring and distant countries to exchange their experience. Within the frameworks of this forum a delegation from the Governors Association of Korea paid a visit to South Ural State University. Our foreign guests were welcomed by SUSU Rector Aleksandr Shestakov. He briefly spoke about history and also shared on the current activities of our university.

“The visit paid to us by the Governors of the Republic of Korea within the frameworks of the International Forum of the Best Municipal Practices being held in Chelyabinsk is important for us,” commented Aleksandr Shestakov. “SUSU is actively working on the international scale. Students from 52 countries from around the world are currently studying with us, but we have no representatives of Korea among them yet. Though we do have certain ties to the Republic of Korea. A SUSU student, Anna Nechayevskaya, became a bronze medal winner in ski relay at the 2018 Winter Olympics in Pyeongchang. A scientist from our university, Sergey Podoshvedov, has been taking internship in Korea for a long time, and now, for him to continue his work, we are creating a Laboratory of Quantum Computations. This is one of the advanced fields in information technology. The today’s visit, I believe, will stimulate the expansion of the collaboration between the Republic of Korea and our university. The collaboration always starts with the student exchange. But we are first and foremost interested in scientific collaboration, since Korea is a country of high technologies. In the strategy of South Ural State University a key role is assigned to digital industry. We shared on this with our guests. Perhaps, the Governors representing the cities of the Republic of Korea at this forum will get interested in developing this field of collaboration.”

“We have already established our collaboration at the government level, so now we need to shift to our collaboration at the level of cities and universities. We had outlined many goals, including the development of human capital, which is directly related to universities. A university is a place, which forms the foundation for the future of a country. We hope, we will successfully establish our contacts with South Ural State University.” 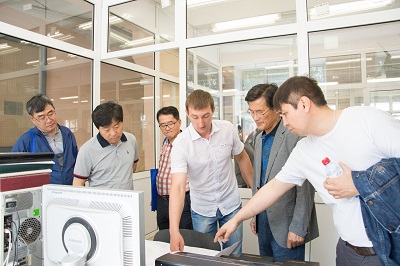 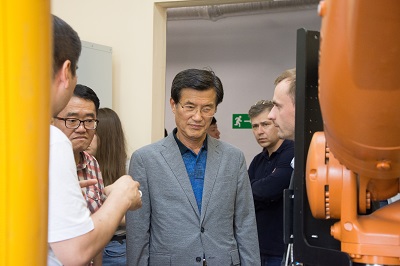 The main goal of the forum is the generalizing and spreading the best city management practices for solving local issues, as well as the positive positioning of Russian cities on the federal, regional, and inter-municipal levels. Mayor of the county of Jeungpyeong Hong Sung-yeol noted that there is a trend in the decrease in the numbers of students due to their lack of interest in studying. That is why they have strong interest in cultivating those people who could be working in the field of education and foster interest in studies among the future enrolees.

“Today, our main task is to study the possibilities of our small universities. We would like to make then more active in the fields those are good at. In our city of Jeungpyeong, there is a road university, so we would like to collaborate with Russian universities to exchange experience and to get as many people as possible interested in education and obtaining knowledge. I will actively facilitate the mutual collaboration between our universities in case of signing an agreement. I believe, it would be important for both of our countries,” said Hong Sung-yeol.

Within the visit to South Ural State University, the delegation of the Governors Association of Korea visited the Mechanical Engineering Laboratory, Experimental Mechanics Laboratory, and Laboratory of Mechanics, Laser Processes and Digital Production Technologies. Also, the guests were taken on an excursion to the SUSU History Museum, and Museum of Peoples and Technologies of the Ural Region.

In the end of the meeting the guests took a group picture with the SUSU leadership. The Governors of the Republic of Korea wished our university the best of luck. 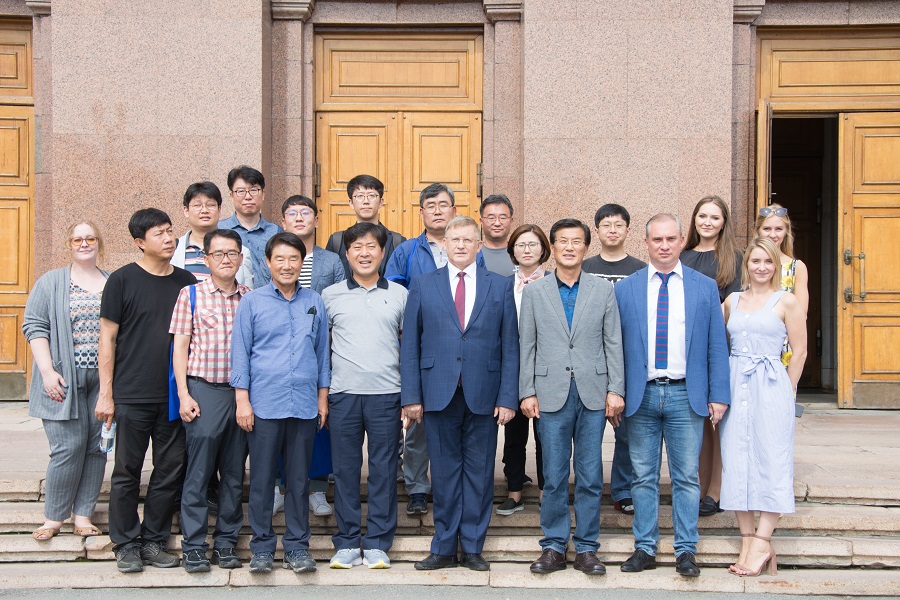 Since 2013, the Union of Russian Cities has been the initiator and main organizer of the forum, which is of great interest to the municipal governments community. In order to achieve the set goals, extensive work has been done over the years of the forum being held: printed collections with a total run of 12,000 copies have been released, and an interactive map for the exchange of experience has been created, containing more than 1,000 practices. The total number of participants in all the forums is more than 2,000 people. In 2016, the forum gained the status of an international event.