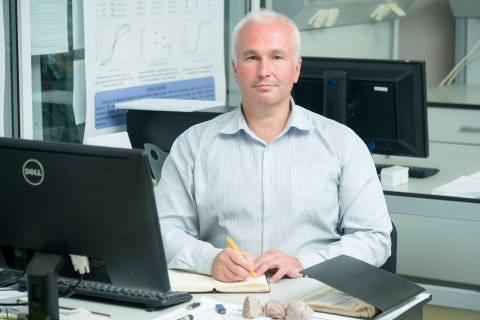 Scientist of the South Ural State University, together with colleagues from the Institute of General Inorganic Chemistry, Russian Academy of Sciences Kurnakova (Moscow), the Scientific and Practical Center of the National Academy of Sciences of Belarus for Materials Science, and the Institute of Physics of the Polish Academy of Sciences managed to obtain a layered multiferroic made of metal and ceramics. In the future, the material can be used for the manufacture of new generation sensors. The data obtained are published in a highly rated journal Ceramics International, part of the international citation database Scopus (Q1).

Multiferroics - materials of the future

In connection with the development of electronics and the need to create more compact and powerful power sources, today special attention is focused on the creation of new generation materials - multiferroics.

Scientists at South Ural State University, as part of an international team, have been examining such a class of functional materials as multiferroics for several years. Such materials simultaneously possess several valuable properties, among which there can be spontaneous magnetization and spontaneous electric polarization in the absence of an external magnetic and electric field. Due to their unique characteristics, multiferroics are advanced composite materials that can be used in the manufacture of sensors, mobile phones, computers, and other electronics, to make devices more powerful and compact.

“At present, a considerable number of materials demonstrate magnetoelectric interaction. Scientists frequently distinguish single-phase multiferroics with a double type of ordering within the framework of one phase, and composite ones, consisting of several phases with various properties. The main disadvantage of single-phase multiferroics is the low values of the magnetoelectric effect, which is important for practical applications. We focused on the second type of multiferroics, which represents a composite structure and seems to be more promising,” says Sergey Trukhanov, a senior researcher at the Crystal Growth Laboratory at the Nanotechnology Research Center of SUSU. 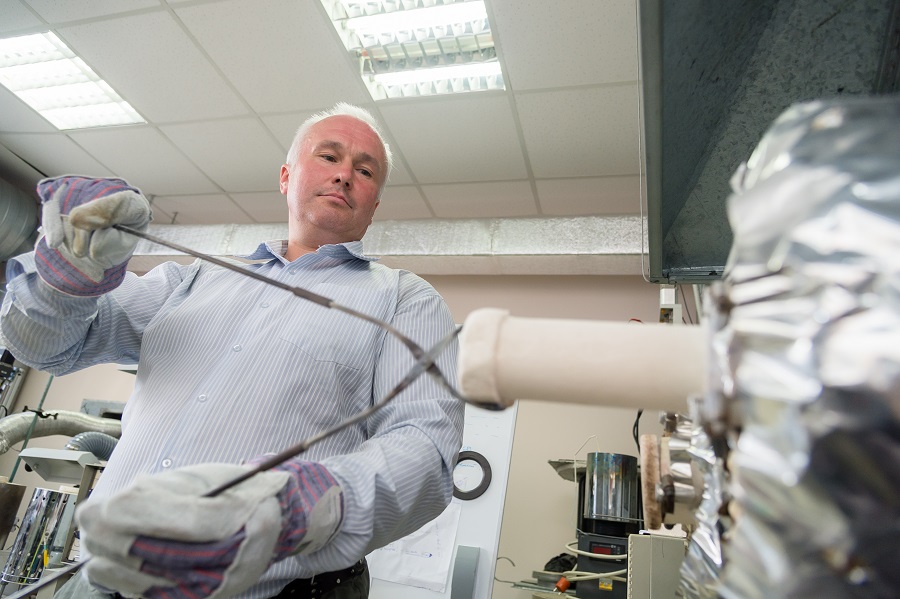 Study of the properties of a new material

Multilayer or layered composite multiferroics are of considerable interest in research.

“We confronted a significant task of examining the correlation of the thicknesses of the ferromagnetic and ferroelectric phases and the magnetoelectric properties of the obtained ceramic-metal layered structures. During the experiments, nonlinear dependence of the influence of the ferromagnetic component thickness on the magnetic characteristics and the coefficient of magnetoelectric interaction in these structures were established,” continues Sergey Trukhanov.

The discovery aroused broad interest from the scientific community. The scientist notes that it is still premature to argue about the practical application of this kind of structures. Nevertheless, a significant applied aspect in layered multiferroics is available. Theoretically, these structures can be interesting for sensory applications, both for detecting magnetic and electric fields due to the double type of control. Obtained structures are prospective for such application as energy-independent elements in magnetic field sensors and magnetic memory.

Within the framework of Project 5-100, South Ural State University plans to expand international cooperation in the study of the new cermet material. In the future, a team of scientists plans to conduct a study of the correlation between the number of layers with composite structures and the magnetoelectric effect magnitude. This will help to broaden the understanding of the new material properties.