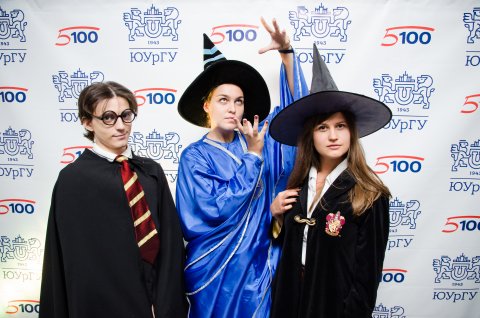 Scientists from South Ural State University keep studying the specificities of attractiveness of cult movies’ characters. Research of the influence that the Harry Potter movie has on teenagers and young people aged under 23 has supplemented with new data which are going to help revealing the problems of self-identification and social adaptation among the viewers for their further counseling. Also, a study of the problem of identification with characters of the popular Game of Thrones TV series has started outside the age category.

Nowadays, movie industry broadcasts a big number of made-up images of heroes and antiheroes who are attractive for viewers and act as one of the sources of social role models for teenagers and young people. For many years already, the Harry Potter movies based on the eponymous novels by J.K. Rowling are popular and arise massive sustainable interest. On July 31, Harry Potter fans are going to celebrate his 39th Birthday.

Scientists from the Laboratory of Psychology and Psychophysiology of Stress Resistance and Creativity at SUSU’s School of Medical Biology, supervised by Doctor of Sciences (Psychology), Professor Vera Gryazeva-Dobshinskaya, conducted a research intended to find out whether the movies about the wizard have an impact on the role behavior of a person. In the course of research, the scientists studied the psychosemantic (semantic) structure of the phenomenon of attractiveness of good and evil characters in popular movies in order to determine the qualities important for identification of oneself with some character. During the first stage of the research held in 2018, the scientists determined how young people identify themselves with characters in the movies about The Boy Who Lived.

“One of the reasons for attractiveness of the Harry Potter series is the topics of evil, darkness, destruction and death present in all the novels about Harry Potter. Having different variants of characters, Harry Potter movies offer identifications with various characters, both good and evil. The goal of our research was to study the specificity of attractiveness of these characters and their influence on self-perception by young people,” says junior research fellow at the SUSU Laboratory, Svetlana Korobova. 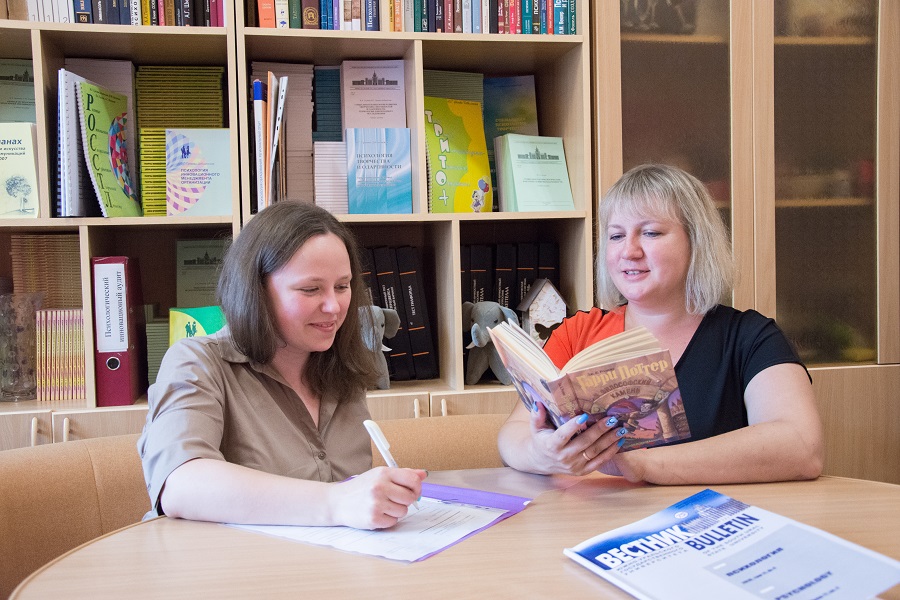 The research experiment featured 70 Russian students aged 18 to 23, who has grown up together with the Harry Potter characters. In order to study viewers’ self-identification, 14 characters from the Harry Potter world had been selected, including 7 male and 7 female characters, both good and evil.

“At the first stage of the experiment, we found out that the biggest number of participants identify themselves with Hermione Granger or Harry Potter. Such people see themselves as creators but don’t feel needed and don’t know how to find an application to their creative abilities. Meanwhile, the most interesting results are related with people’s self-identification with evil characters. For example, those characterized by big ambitions, strive for power and self-fulfillment through high-status roles identify themselves with Dark Lord Voldemort,” explains research fellow of the SUSU Laboratory, Yulia Dmitriyeva.

During the second stage held in 2019, the scientists determined the features which are the most attractive in both good and evil characters for people who identify themselves with them. Characteristics which have an impact on attractiveness of each character have been determined.

“Research showed that the structure of attractiveness of good characters is more complex if compared to the structure of evil characters, and includes, aside from characteristics connected with the assessment of their attribution to the good or the evil, an assessment of moral qualities and appearance, and the attitude towards them. For example, people who identified themselves with Harry Potter described him as more attractive and kind as opposed to respondents who do not identify themselves with him,” says Svetlana Korobova.

The differences in assessments of evil characters have been revealed only on the “dark-white” scale and the “kind-evil” scale. It turned out that the viewers, who identify themselves with the villain named Voldemort, assess him as a more “white” one, and Professor Umbridge is more often evaluated as kind and harmless by the viewers who identify themselves with this character.

According to the obtained conclusions, one can tell a lot about the specificity of a person’s self-identification and self-fulfillment in the society, knowing the character with this person identifies oneself with. The obtained data allow getting a psychological profile of a person in an entertaining format without any complex and time-consuming tests, as well as predict and modify behavior and decisions of young people in the future.

Discussing the movies will help the parents

The conducted research proves the necessity for parents and their children to carry out an integrated discussion of characters and the motives of their actions. Because an image of a movie character is a moral and ethical model, identification with it provides a viewer with the basis for self-fulfillment and identification of one’s preferences. The more a viewer identifies oneself with a character, the more he or she sympathize with it and imputes his or her own behavior motives. In the future, SUSU scientists intend to simulate an interaction of the determined factors and predict probable behavior on the basis of modern mathematical methods.

Research by the scientists from the Laboratory of Psychology and Psychophysiology of Stress Resistance and Creativity continues. Now everyone willing can take part in a new research stage dedicated to the popular TV series called “Game of Thrones” and find out who of the characters you identify yourself with. For that, complete a survey via link: https://forms.gle/GwCdVGGQeYVqQamY6