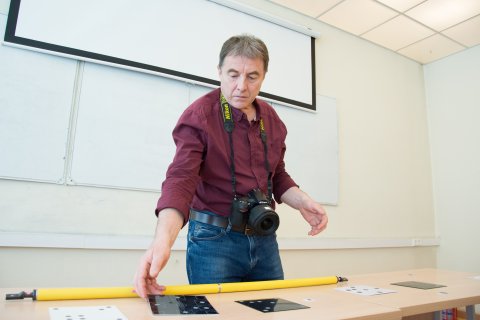 Scientists of South Ural State University gave engineered a unique photogrammetric system for high-precision noncontact measurements of 3D coordinates, which can create 3D models of ancient cultural monuments. In particular, it is planned to use this system in an archaeological studies of Ignatievka Cave, located in the southern Ural Mountains, where cave drawings were found in 1980.

Ignatievka Cave is a natural and cultural monument of universal importance, which is located in the vicinity of Serpievka village, Katav-Ivanovsk District, the Chelyabinsk Region. The cave walls have drawings on them, which were created as long as 15,400-18,900 years ago. The drawings depict animals (mammoths, horses, ox, fantastic beasts), anthropomorphous figures, signs, separate lines and spots of paint. This cave is one of the popular tourist attractions in the Ural region, that is why its microclimate is being disturbed, what negatively affects the preservation of the ancient images. The researching archaeologists note that to save the drawings from vanishing completely, it is necessary to limit the access to the cave, as well as to create 3D images of the drawings themselves by means of photogrammetric survey and 3D scanning.

“Photogrammetric system can be used to create a digital image of the cave. Its 3D reconstruction will allow to recreate the dimensions and location of the drawings’ elements with pinpoint precision, and to view them in high resolution and in 3D format. Thus, we will get an opportunity to recreate three-dimensional cave drawings in a place accessible for all those willing (for instance, we could exhibit them in a special cave-like pavilion). This way, we will definitely preserve the priceless artefacts for the future generations. Another important moment is that the digitalization of the drawings in a 3D format gives us an opportunity for studying the unique cave paintings remotely from anywhere in the world, provided we have a specialized device and the Internet connection,” comments Gayaz Samigullov, Senior Research Fellow of the SUSU Eurasian Studies Research and Education Centre, Candidate of Sciences (History).

This system is also widely used in aerospace engineering, mechanical engineering, aircraft and satellite engineering, construction, forensics, as well as in analysing road traffic accidents, when one needs to know the positioning of one objects relative of others, and it is a noncontact method, too. In particular, in construction, photogrammetric system is used in the field of information modelling technologies, to measure the alignment of high-rise buildings’ supports: it allows, with the precision within minutes or seconds, to determine to what degree these supports decline from the vertical positions, or relative of each other.

In forensics, photogrammetric system will help recreate accident scene in 3D based on a photo, and allow to mark certain spots, determine the coordinates and distances. Another field of application is the calculation of the damage a car underwent as a result of a road traffic accident. The road traffic accident scene is labelled with code marks and targets, and thus, its reconstruction is created. 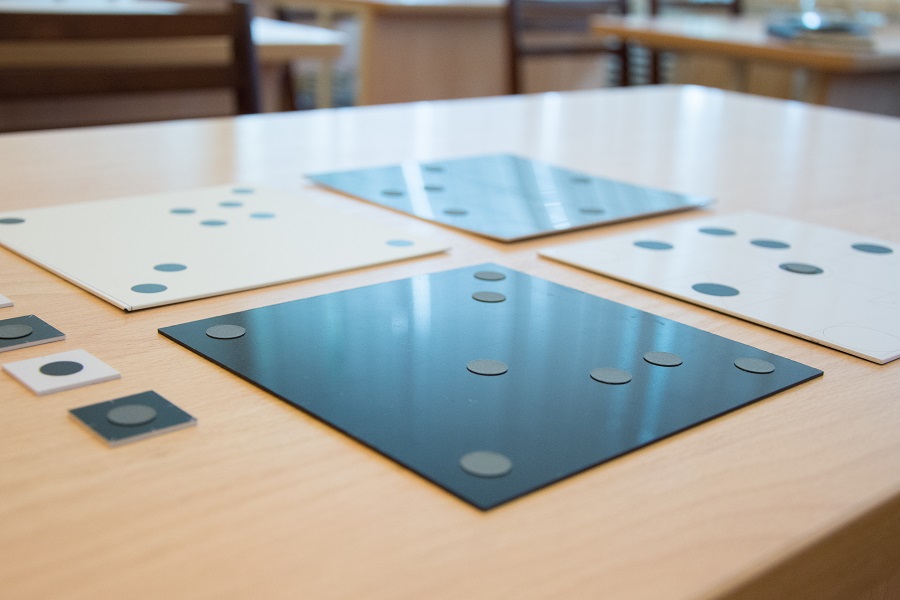 The operation principle of photogrammetric system is based on taking special marks using a common photo camera or even a phone camera. The developed software quickly and accurately computes the 3D coordinates of the control points of an object, distances, and the shape of the surface, without the need for direct contact with the object being measured.

“The methods of measuring photography are the most accurate, quick and convenient ones. Here is how the system works: certain points are marked with targets and then are photographed from several angles; the software processes the photos and produces 3D coordinates of these points. But what these coordinates are needed for? These are used to find out how certain constructions are positioned in space, and the positioning of the elements of these constructions is controlled. Our system allows to do it with high accuracy,” shares the author of the innovation, Doctor of Sciences (Engineering), Head of the Department of Information Technology in Economics of the SUSU School of Economics and Management Boris Sukhovilov.

At present, the photogrammetric system by the scientists of South Ural State University is used by a leading Russian aerospace corporation Academician M.F. Reshetnev Information Satellite Systems. The university’s team of scientists took part in engineering a high-technology low-floor tram, jointly with Uraltransmash enterprise, for which they created a high-precision system of measuring coordinates of a system of measuring the coordinates of a low-floor tram frame.

Unlike its analogues, the photogrammetric system by the SUSU scientists is unique because it can be used without a special graduated scale, what makes its use significantly cheaper. Besides that, it can be used both with a professional photo camera and a phone camera, while other systems are compatible only with certain phone camera models. The unique the photogrammetric system algorithms are patented (have computer software registration certificates).