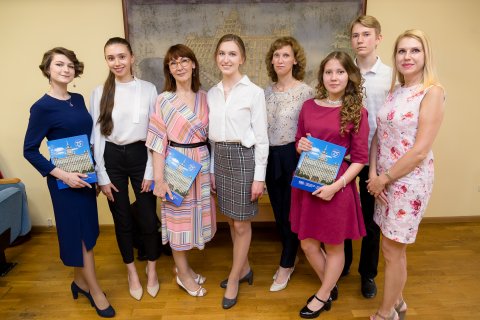 On July 27 at 12:00, a meeting of South Ural State University Rector Aleksandr Shestakov with university applicants and their parents is to be held. Within the activity called “An Hour with the Rector”, they are going to learn about the possibilities for self-fulfillment of SUSU students and will be able to ask questions of interest regarding the admissions and studying in one of the leading universities of Russia.

The meeting will also feature Directors of SUSU’s Schools and Institutes as well as representatives of the Military Training Centre, Scholarship Department and the Campus.

The university provides all the conditions so that every student could fulfill one’s potential in various activities. Aleksandr Shestakov will talk about the prospects of students’ development in science, arts, sports and volunteering, as well as about the opportunities of undertaking internships abroad at SUSU’s partner universities, implementation of one’s own projects, extracurricular activities, summer recreation and many other opportunities.

A special topic of the Hour with the Rector will regard admissions of enrollees to the university. SUSU representatives will answer the questions about the arrangement of this procedure, and explain why it is important to submit original documents and whether there are chances to get enrolled on a state-funded basis during “the second wave” of admissions; they will also describe convenient methods of payment for those getting enrolled on a contract basis, and talk about other specificities of getting enrolled at SUSU. Also, enrollees and their parents will learn the details about getting a room in one of the nine university’s dormitories and get a review of creative activities to be arranged in the campus.

After the Hour with the Rector event, enrollees and their parents will have a chance to talk to Directors of Schools and Institutes in person and learn about features of studying in certain majors.

The Hour with the Rector is to be held on July 27 at 12:00 in the Activity Hall of the main SUSU building (2nd floor, 76 Lenin prospect).