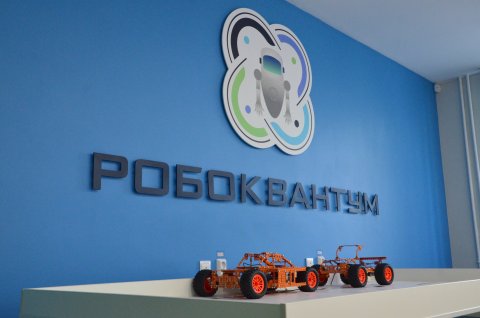 Students and schoolchildren attending South Ural State University’s International Summer School on Asteroid Safety are actively working on the project of a spacecraft.

Over the last week, attendees of the Summer School on Asteroid Safety managed to get familiar with Quantorium Technology Park, listen to lectures and acquired practical skills during workshops.

The new week started from working on the group project of a spacecraft with the use of Kompas engineering software. Attendees of the Summer School worked on preparation of 3D models of the spacecraft’s propulsion system and the frame.

“The guys have generated some ideas over the weekend. Their first task for today is to make a preliminary sketch of the propulsion system’s variant for testing, introduce it in an electronic format and discuss the work within their groups. By tomorrow, we are to send the initial details for production. I will hand them out valves on which they will install nozzles and conduct a pipeline, which they are going to design and print by themselves,” says Assistant of the Department of Aircraft Engines of the SUSU Institute of Engineering and Technology, Valery Bogdanov.

It is not just a 3D printer that the guys are going to use when constructing the spacecraft. Elements of the frame will be cut out of plywood using a laser beam machine. Also, the guys will be handed out fixing hardware: pins, bolts, screws and angle pieces. According to Valery Bogdanov, only hard-to-make details are to be printed. 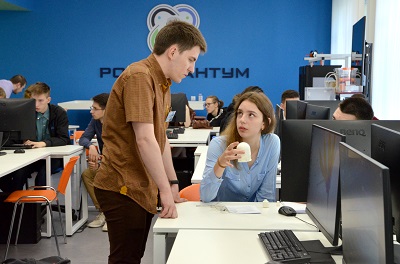 In the second part of the day, attendees of the Summer School got an assignment to design both the inner geometry of the nozzle and the fastening elements. This is being done taking into account the exterior of a spacecraft.

“It is planned to work with electrical equipment of the spacecraft as well as its placement. In order to produce a model, it is necessary to design its prototype and the corresponding engineering documentation or drawings. Students get the skills of developing 3D models and acquire basic knowledge necessary for construction of spacecrafts.”

Students and schoolchildren attending the International Summer School on Asteroid Safety compete in construction of spacecrafts, and each team is at a certain stage of project development. Student of the Faculty of Aerospace Engineering, Aleksey Lapin, is the commander in his group. He assures that the hardest part of the work is over.

“The propulsion system has been designed, the nozzle has been calculated. All is left to do now is to place the components, draw the pipeline and the nozzle, and send them for production. We have already got the valves and fuel tanks. I think we are to complete our model due time!”

It is only today that members of the team of a first-year student of the Faculty of Aerospace Engineering, Ivan Shtykov, have made up their minds regarding the concept of the model. The student explained which problems they encountered in the process of designing.

“The thing is, it took us a long while to agree on the exterior of our spacecraft; we had a lot of variants which we needed to consider within the group and choose the optimal one. Tutors are very helpful and I hope that we do everything in time!”

In the team of Mikhail Zheleznyak, the model of the spacecraft has already been made, therefore, the team is working on fastening the electric circuits.

“Today we want to send fuel tanks to get printed. As a matter of fact, they are connected with the structure and the engines, and in our case the entire project starts with them. Everything goes as planned and every member of the team performs one’s work really well!”

At the end of the day, students and schoolchildren finished their work over the electronic mockups of their spacecrafts and sent the initial elements for printing. 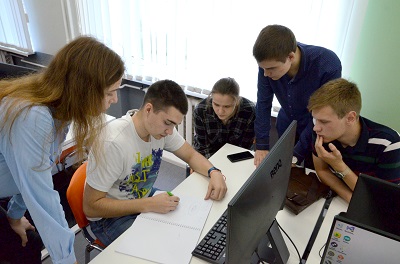 As a reminder, attendees of the Summer School on Asteroid Safety are to design the propulsion system for a spacecraft by themselves. In its turn, propulsion system is part of a major project of the International Summer School: the “exam” will be to design a spacecraft which is to face a challenge at the end of this week: it is to be launched with the use of a clearance stand.

Marina Kovyazina; photos by the author