Within the fourth day of operation of the International Summer School on Asteroid Safety at South Ural State University, students and schoolchildren undertook a thorough study of the topic of Propulsion Systems for Spacecrafts.

Just like before, the programme was eventful: attendees took part in a lecture, workshop and practicums, watched a demonstrative start of a spacecraft’s low-thrust engine, and at the end of the day, within an excursion around Quantorium – a technology park operating at the university - they learned about equipment and materials necessary to design a model of a spacecraft.

The lector of the fourth day was Valery Bogdanov, assistant of the Department of Aircraft Engines of the SUSU Institute of Engineering and Technology. He told the School attendees about the principles of design of propulsion systems for spacecrafts, including the ones designated for deep space exploration.

“The Summer School format is a good opportunity to introduce our students as well as students majoring in related spheres with specificities of the rocket and space engineering sphere, encourage our first-year students for a more profound and detailed study of disciplines, as well as popularize the sphere of aerospace engineering among university applicants. Further on, I hope, our students will keep working in this sphere. We have a design and engineering bureau where put the acquired knowledge into practice. In the future, we are planning to implement projects in the sphere of deep space exploration and offer them to Roscosmos,” says Valery Bogdanov. 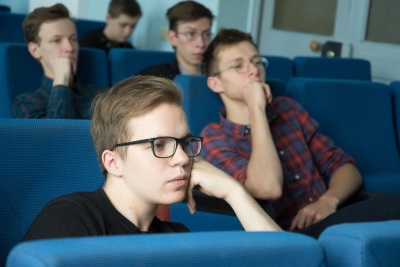 Moreover, attendees of the School got familiar with laboratory facilities of the Faculty of Aerospace Engineering at the SUSU Institute of Engineering and Technology and watched the start of a spacecraft’s low-thrust engine.

The second part of the day passed in the Quantorium Technology Park, around which the School attendees had an excursion: they had a chance to see five locations of the technology park, including IT-quantum, high-tech workshop, air-quantum, robot-quantum and a co-working zone. 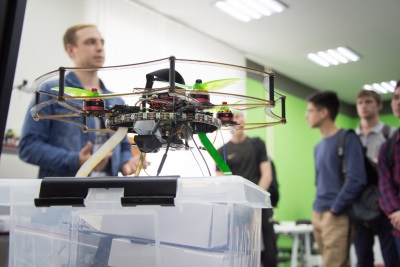 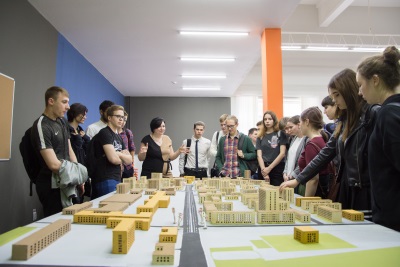 “I loved the Quantorium very much, and the first thing I thought about at the excursion was what a pity that I didn’t have something like this in my childhood! Here, one has an opportunity to study fundamentals of robotic engineering, assembling and programming, learn web design, computer security, and single-handedly assemble unmanned aircrafts. It is great when children have a chance to accumulate some background for their future prospects; when they understand from a very young age what they would like to do,” notes a student of the Faculty of Aerospace Engineering at the SUSU Institute of Engineering and Technology, Sofia Koreshkova.

Upon completion of the excursion, attendees of the School started their project work, in the frameworks of which they are to design a propulsion system for a spacecraft by themselves. In its turn, propulsion system is part of a major project of the International Summer School: the “exam” will be to design a spacecraft which is to face a challenge – launching with the use of a clearance stand.

Viktoria Matveychuk; photo by the author