Research by SUSU is of Interest for the Whole World: Results of the First Day of the ISC Meeting The first day of the International Scientific Council meeting concluded at South Ural State University on May 31. Notorious scientists and directors of transnational companies evaluated development of one of the leading higher education institutions in Russia and provided recommendations on improvement of the strategy.

Within the ISC meeting, the university was visited personally by the new Chairman of the Council, President of Emerson transnational Corporation, Michael Train, and Director General of SMS Group Company, Pino Tese. The face-to-face meeting also featured Professor of the University of Melbourne, Doctor Ashokkumar Muthupandian, and Professor of the Korea Institute for Advanced Study, Doctor Jaewan Kim. Recommendations of the Council will be used for further development of the university.

The ISC members got an introduction of the main accomplishments, dynamics and prospects of international development at SUSU. The major event was presentation of the new strategy of the university in three key directions: Digital Industry, Materials Science and Ecology. They are the key vectors not only for SUSU; they correspond with prioritized goals of science-and technology development of the country as a whole.

“The most important result of the first day of the International Scientific Council meeting is the fact that leading scientists from around the world gathered together at SUSU and expressed big interest in operation of our university. All members of the Council took active participation in discussion. We discussed the issues regarding development of SUSU over three years within implementation of Project 5-100’s programme. It was also today that we discussed the three main directions of strategic development of our university: Digital Industry, Materials Science and Ecology. We had an in-depth, engaged discussion. I can say that all members of the International Scientific Council appreciated the way that the university operates. We have results in all directions, and we are going to move forward quite fast,” said the Rector of SUSU, Aleksandr Shestakov, about results of the first day of the ISC meeting. When discussing the sphere of Digital Industry, the experts touched upon the subject of artificial intelligence, as well as the university’s focus on development of big-scale interdisciplinary projects.

The Rector of SUSU determined the following strategic directions within development of digitalization: sensors of digital industry objects, artificial intelligence, digital twins, engineering on the basis of a 3D model optimization, power-saving and information protection.

Participants of the discussion noted that the university does not just performs training of world-class specialists in the sphere of modern technologies; it is also a massive platform for discussion of the most topical issues of digitalization. In November of 2018, SUSU held the Global Smart Industry Conference, in the frameworks of which world-level scientists, businessmen and representatives of large industrial enterprises presented their vision of this sphere. 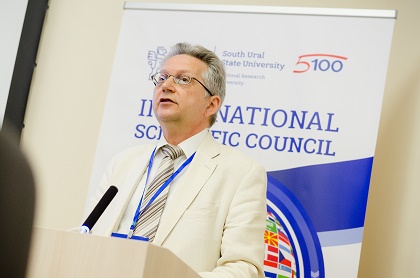 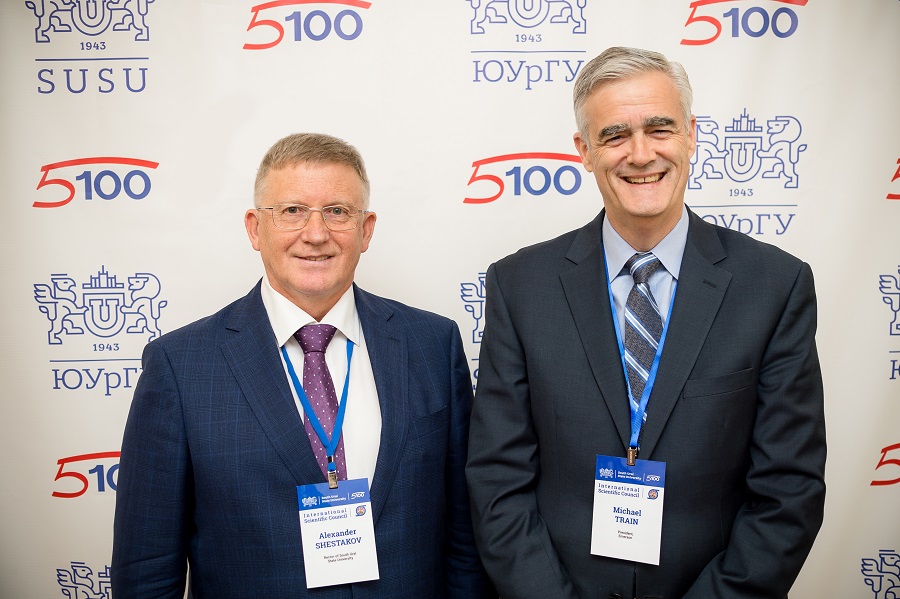 Director of the School of Electrical Engineering and Computer Science, Gleb Radchenko, emphasized that the Global Smart Industry Conference is an explicit example of the fact that the university is following recommendations provided by the International Scientific Council. The topic, geography and the scale of this Conference proves that SUSU indeed is the leader of digital industry in Russia, and arrangement of such conferences is the basis for demonstration of one’s own potential in this sphere throughout the world.

In the Materials Science strategic sphere, three key directions, in which SUSU is actively developing nowadays, have been singled out: Metals and Alloys; Composite Materials; and Magnetic Materials. It is today already that large-scale research projects are being implementing in these directions, and research articles on these topics get published in high-rank international journals.

“We singled out several key projects within these directions. For example, if we are to speak about Metals and Alloys, they are high entropy materials (consisting of 4 or more components), which are of interest for scientists as they possess a number of unique properties; also, they are amorphous alloys, the additive technologies which include both manufacture of materials and development of production processes. We singled out several projects in the sphere of composite materials: they are protective structures, hybrid composites for construction applications, and functional materials for protection of electronics against external exposure as well as provision of electromagnetic compatibility. In the sphere of magnetic materials, our university is implementing projects targeted at development of materials for electronics. These research determine the future, and if we don’t work in these directions today, we won’t be able to move forward,” notes Associate Professor, research engineer of the Department of Engineering Mechanics at the SUSU Institute of Engineering and Technology, Oleg Kudryavtsev.

The International Scientific Council scientists showed high appreciation of the SUSU's strategy of scientific research in the field of materials science and gave their recommendations on the projects being fulfilled. However, already today, big-scale projects are being fulfilled under each field.

Among the most promising modern materials is also the graphite-reinforced plastic, which is produced from graphite and a polymer binder. The material's advantage is in its light weight (this material is 3 times lighter than titanium), high strength, thermostability and electrical conductivity. At present the scientists have created a model of the technological process, which allows to come up with the necessary parameters for the material treatment in order to produce ultra-strong tailor-made items from it. Today it is used in the military and civil aviation, and manufacture of contact stripes for electric transport.

Moreover, the SUSU scientists are studying the functional properties of strontium hexaferrite — a magnetic material, which can be used as functional element for mechanical engineering and instrumentation engineering. Monocrystals are of interest for industry by their capability to ensure high quality of the end product, and because they feature a wider range of application and minimal number of defects.

Materials Science is one of the priority fields of development of South Ural State University, along with digital industry and ecology. 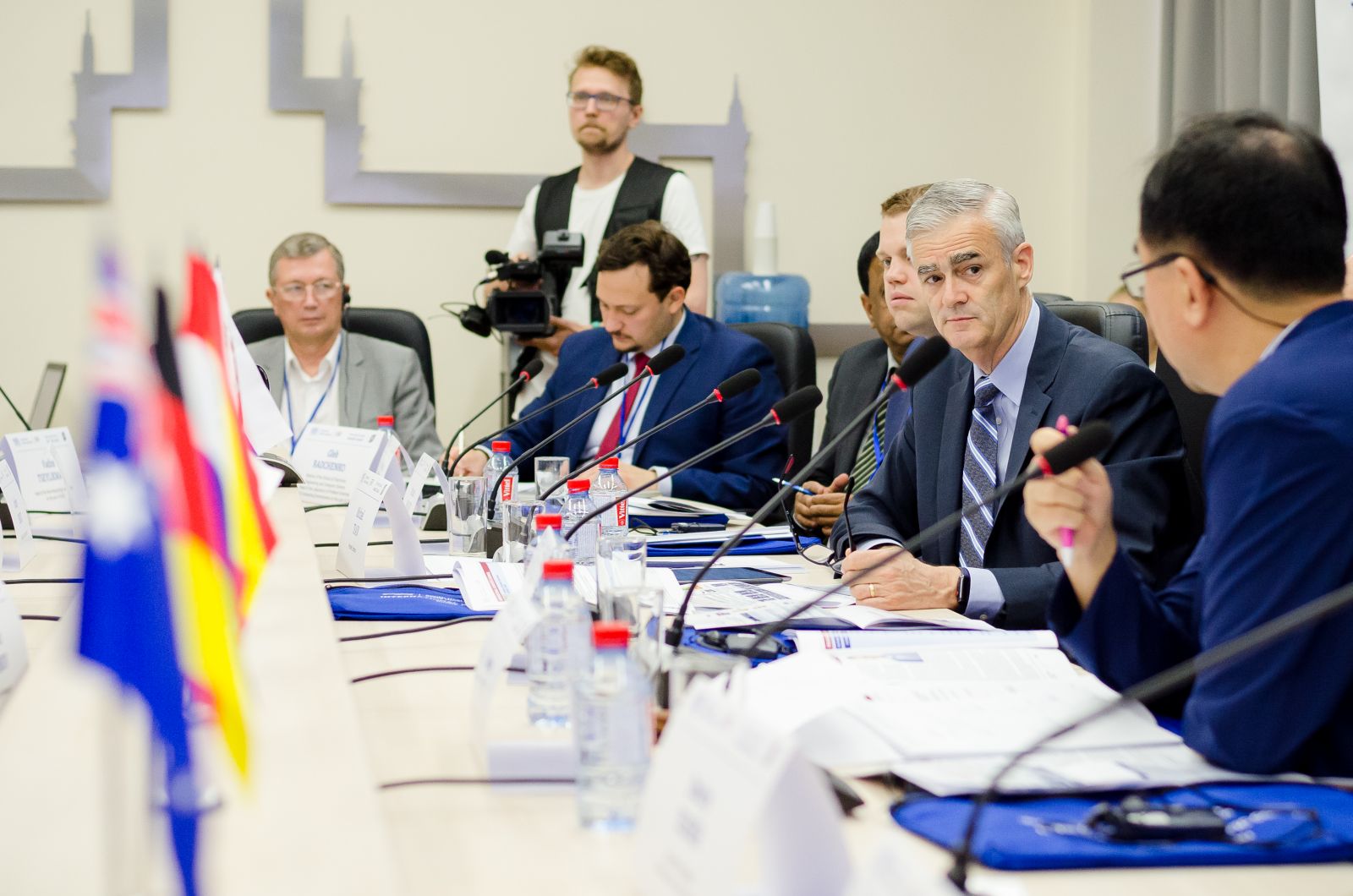 The relevance of developing the Ecology field is largely explained by the needs of our region: many industrial enterprises were built nearby residential areas, which today have found themselves in the zone of hazardous influence of the emissions.

In May of 2018, following the Decree by the President of the Russian Federation Vladimir Putin, a complex of measures on improving the ecological situation was determined. In this context, the university set itself a goal on creating a Russian Federal Centre of the best available ecology-related technologies and competencies. It is planned to find solutions under such blocks as: Clear Air; Clean Water; Developing a Technology for Solid Waste Recycling; Environmental Law; and Humanitarian Eco-Engineering. Active work is being done in each of the directions, and various departments of the university get involved.

In particular, today the university is modelling the ecological situation and is rendering assistance in setting the tasks and adapting scientific solutions to practical use. Further on, the researchers will be promoting ideas on creating a laboratory, jointly with Emerson company, for development of new applications for ecology.

"We work on modelling of environmental situation, and our role is to help setting the goals and adjusting research solutions for their practical application. In the future, we have plans to create a joint laboratory which would develop new applications for ecology. I would also like to note that I found the discussion and presentations of the speakers very satisfying," noted Director of the Department of Analytical Equipment and Environmental Programs at Emerson Company, Aleksandr Moev. "I think that our first day was very fruitful. I'm impressed by the work of the university's International Scientific Council. We discussed three key fields of the SUSU's development. First, the digital industry and its significance in modern world. The university is participating in research in this field, and we've listened to many reports on how the university can support the digitalization of industry. Second, we talked about the materials science. The university is well-known around the world for its works on materials science, and we discussed the possibilities for future development in this field. And the third field, which O believe, is very important today, is the ecology. The studies being carried out by SUSU are of interest for the whole world today. We discussed the problems of the shortage of water, and of air pollution. Over a short period of time SUSU has significantly progressed in studying these fields, and some of the projects can be commercialized."

The International Scientific Council was established for the purpose of coordinating the educational and scientific-and-research activity of SUSU. The Council members give regular assessment of the results of the work by the university and take part in its development in compliance with the best world practices. On June 1st it is planned to continue the meeting, as well as to present the achievements of the SUSU's unique international research laboratories to the best scientists from different countries.