A Conference on Modern Problems in Legal Science Held at SUSU 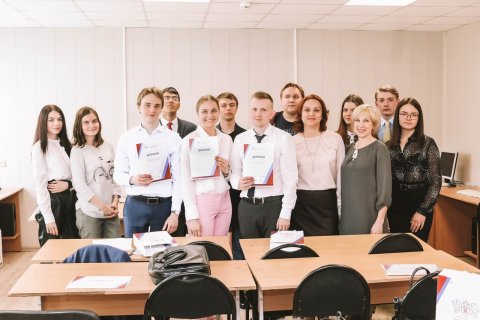 On May 18, the 15th International Science-to-Practice Conference for Young Researchers on Modern Problems in Legal Science was held at South Ural State University. The conference was organised by the SUSU Institute of Law. More than 300 people took part in the conference.

Vyacheslav Burmatov, Vice-Rector for Student Affairs, addressed the participants of the Conference with a welcoming speech. In his speech, he noted that the new problems related to the digital economy, electronic democracy, and therefore connected with the new forms of legal violations and crimes, require the modernization of the law and modern legal regulations. A significant role in studying the new tendencies and patterns belongs to future lawyers.

“We expect you to think clearly, quickly make non-standard decisions in a constantly-changing situation, introduce new ideas and meanings, and think up innovative solutions. All of this is impossible without a high-quality professional dialogue in the best traditions of an academic university. Right now, the priority is to be a brand, an important professional; therefore, an effective and steadily-developing science can become an attractive sphere for fulfillment of talents. I hope that today’s conference will become a point of growth for scientific research and debate by our young researchers,” noted Vyacheslav Burmatov at the end of his speech.

Within the plenary section of the Conference, Elena Titova, Head of the Department of the Theory of Government and Law, Constitutional and Administrative Law and Deputy Director for Research at the Institute of Law, presented a report on implementation of a research-and-education project entitled “LegalTech. Legal regulation of artificial intelligence and robotics in the Russian Federation” at the Institute. Her report regarded promising areas of legal research corresponding to the tasks of the National Technology Initiative state programme being implemented in the Russian Federation.

Plenary session of the Conference continued with presentations by the best students of the Institute of Law, featuring the winners and prize holders of the All-Russian Student Olympiad in Jurisprudence – 2019: Gleb Semenov, Vladimir Gonchar, Evgeniy Sergeev, Elizaveta Gnatyshina, Ivan Vlasov, Ekaterina Maslova.

The winners determined for each section were awarded certificates of respective placement and commemorative prizes.

The leadership of the Institute of Law expresses their gratitude to the students who took part in arrangement and execution of this event, and also wishes further success to the young researchers who became the winners and prize holders at the Conference!