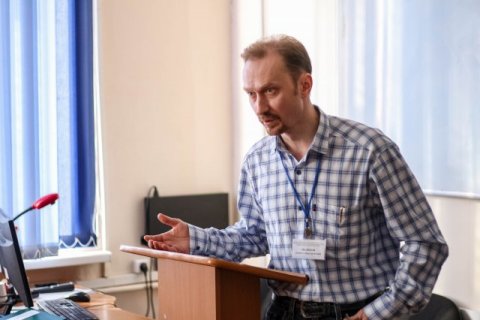 May 25 is Philologist Day in Russia, the celebration of all who “loves the word”. Contemporary philologists work in various sphere of linguistics and literature and make a big contribution to the sphere of education and research of linguistic changes. This holiday is of a special significance for the Department of Russian Language and Literature of the SUSU Institute of Social Sciences and Humanities.

Team of the Department pays close attention to contemporary changes in Russian language. These changes are traceable by the most common mistakes that we make in our speech and writing. Associate Professor of the Department, Candidate of Sciences (Philology) Denis Pelikhov told us about which mistakes are considered by philologists as intolerable, and which can be put up with.

“Unfortunately, we have to deal with speech mistakes very frequently. I have different attitude towards these mistakes: most of the time they are surely irritating, but sometimes they excite an interest and desire to discuss the reasons of their origination. Everything depends on a situation, on where these mistakes occur – in speech or in writing, on who makes the mistakes, what’s their nature, the level of its crudity, etc. If it is a mistake in a journal article, research monograph or a literary read, then, of course, such a negligence in using the language cannot but stir resentment. If mistakes occur in speech, one should be more tolerable: we need to understand that most of the time our speech is spontaneous, therefore it is characterized by slips of the tongue, the use of conversational words as known as junk words, and some other features.”

It is exactly the specificity of face-to-face communication that the philologist names the main cause of mistakes occurring in our speech, which requires quick reaction to the interlocutor’s comments, the ability of listening to another person and adjust one’s speech behavior in the course of a conversation. All of this leads to slips of the tongue, which a speaker can’t help but notice, as one focuses one’s attention on further construction of the phrase.

However, there are causes of internal, strictly linguistic nature, as noted by Denis Pelikhov. For example, mistakes in accentuation are caused by objective difficulties.

“As we all know, accent placement in Russian words is movable; it can fall on any syllable in a word and move from one morpheme to another in the course of inflection and derivation. Let us compare: golovа́ – gо́lovy – golо́vushka. Sometimes, words that are similar in their appearance behave absolutely differently. For example, stress in the forms of a word stol (table) moves to its ending when changing the case: stolа́, stolú, stolо́m, stolу́, stolо́v, stolа́mi, na stolа́kh. The word stul (chair), which differs from the previous word with just one tone, we observe the contrary: the stress will remain on the root in all forms of the word: stúla, stúlu, stúlom, stúlya, stúlyami, na stúlyakh. This difference in placing the accent in a word is impossible to explain at the present stage of the language development; therefore, all we can do is memorize the way of correct pronunciation of one or another word.”

Speech mistakes, i.e. the mistakes connected with the use of words and fixed expressions, are often caused by such phenomenon as metonymy, when two objects or phenomena are related so closely that the property of one of them gets transferred to the other. Hence the mistakes such as “expensive cost” instead of “high cost”. Goods with high cost are often called expensive; the transition occurs and the adjective expensive starts attributing directly to the word price.

“We can name several more causes of occurrence of speech mistakes, for example, the influence of other languages, dialect specificities and professional slang. We could talk about every of these causes for a very long time. I would like to comment on the latter one. Slang is used in the sphere of professional communication and unites people of same interests, of one circle of communication. In every of such circles, a certain set of words attributable to one or another profession gets formed together with own peculiarities of formation and pronunciation of words.”

As an example, the philologist recalled a song by V. Vysotsky, in which characteristics of the main characters – sailors – is expressed through peculiarity of their speech:

Thus, there are several more variants which can exist between the norm and a mistake. These variants are not standard, although they can’t be considered as totally incorrect as well. Which speech behavior can one choose in this situation?

“In my opinion, the optimal solution is mastering two or more language norms and switching from one stylistic register to another. For example, if I am a forensic scientist and in my sphere of expertise it is customary to say а́lkogol’ (alcohol) stressing the first syllable, I will use this slang variant of pronunciation precisely when talking to my colleagues. In another situation, I will choose the commonly-used literary form of the word with a stress on the final syllable: alkogо́l’,” explains the Associate Professor of the Department of Russian Language and Literature.

TOP 10 of the most frequent mistakes

The SUSU philologist compiled a list of ten the crudest mistakes occurring both in our speech and writing:

These and many other mistakes get reflected in Internet memes, which are frequently used in person-to-person communication in social networks and messengers. The SUSU philologist uses this relatively new linguistic phenomenon in training of students:

“There are Internet memes based on mistakes. As a rule, they are funny, however, there is something more to them than just fun. In my opinion, some of them are intended to mock illiteracy. And I also think that they can become a good teaching instrument. For example, sometimes I make such memes myself: select funny images and insert texts of mistakes made by students. Young people like such things due to their funny nature, but what’s most important, memes help memorizing words that are difficult to spell.”

Will these mistakes become a standard?

When frequently repeated, an incorrect form might stop being considered as the wrong one. Regarding the abovementioned mistakes, the absence of declension of proper nouns finishing with an “-o” is already considered as a standard. As linguists suppose, this standard started occurring in our speech in order to exclude ambiguity when speaking about consonant names of residential places. For example, the names of the city Pushkino in the Moscow region and the Puskin city in the Leningrad region will have the same ending in all objective cases except for the accusative one: Pushkina, Pushkinu, Pushkinom, o Pushkine. They were requirements to communication exactly that led to the change of this standard and the existence of this new full-fledged variant.

The law of analogy often leads to changes of the standard as well. For example, former accent in the word gúba falling on the stem, which had only been preserved in the expression “gúba ne dura”, has been replaced by a new accent on the ending - gubа́ – under the influence of such words as rukа́ or nogа́, naming the body parts as well.

Denis Pelikhov notes that not every mistake can stay in the language as a new – or, as linguists say, - minor norm. In order for this to happen, the new standard should not violate the general principles of formation of words or the laws of inflection. But how can we fight illiteracy?

“I’m afraid, the answer to this question is the most trivial one: read classical and contemporary Russian literature, which has always been and remains one of the main sources of language standards. Reading not only enriches one’s vocabulary, it also allows us to memorize spelling of many words, the orthography of which is impossible to check at the present stage of the language development. Besides, one needs to consider one’s speech and address dictionaries in case of any difficulties, as well as foster the habit to use reference books and scientific literature, which contain various normative criteria of arrangement and functioning of the language,” suggests the philologist. 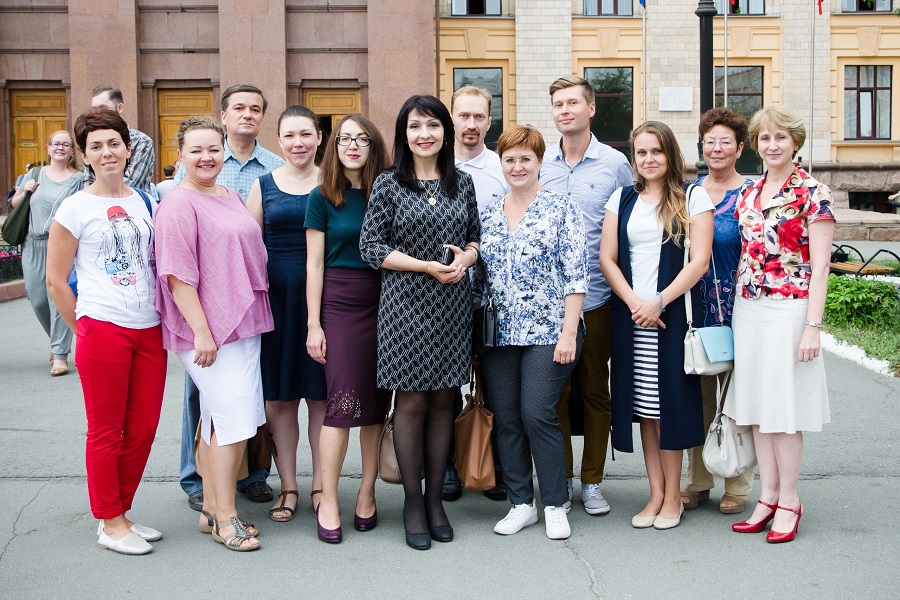 The Department of Russian Language and Literature was established at South Ural State University in 2000, first specialists in philology graduating from the Department in 2006. Today, the Department performs training of students in all stages of higher education: Bachelor’s, Master’s and postgraduate studies. A philologist graduated from SUSU can fulfill oneself in any sphere of activity that assumes working with texts. More information about specificities of training of philologists is available on the website of the Department.