On the Way Towards Digitalization: Why Do We Need “Smart” Sensors, New Methods of Information Protection and the Internet of Things? 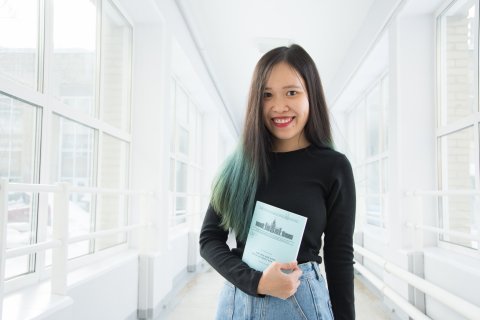 It has been recently that such terms as “Internet of Things”, “Industry 4.0” and “Smart” technologies entered our life, but they have already become its inextricable part. Digital technologies are used for purposes other than optimization of our everyday life. Special attention is paid to industrial automation, urban space improvement, and information security provision.

Research projects of South Ural State University (Chelyabinsk, Russia) are being implemented in this direction.

“A system of model-forecasting control over steam boilers, which allows saving the natural gas, has been introduced at the central heat and power plant, as well as on its more powerful cogeneration plant, of one of the largest metallurgical enterprises of Russia in the city of Magnitogorsk, which is supplying both the city and the plant with energy. Using sensor data, the system regulates operation of these boilers. Economic efficiency in the scale of this one power plant reaches up to almost a million US dollars (more than 50 million rubles) and can get even higher,” notes Director of the SUSU School of Electrical Engineering and Computer Science, Gleb Radchenko.

Moreover, with the use of more than half a thousand temperature sensors set up in the processing line of steel casting, SUSU scientists seized the control over the process parameters and learned controlling it. According to the university representatives, the efficient and reliable technology will allow stabilizing the process of obtaining the high-quality steel.

“Presently, there are methods that have been elaborated in order to restrict access to information in case of any conspiracy among providers. We proved that the algorithm developed by us complies with the formal definition of computational safety. If the conspired providers don’t know the secret key, the possibility of accessing the secret is minimal. This is a reliable solution for protection against insiders, as it is impossible to get the whole information even having the access to some part of information from the inside,” affirms Head of the SUSU Problem-Oriented Cloud Computing Environment International Laboratory, Andrei Tchernykh.

Among other research directions of SUSU which actively involve students is technology of the Internet of Things and methods of data mining. For example, a unique project entitled “Samsung IoT Academy” has been launched at the School of Electrical Engineering and Computer Science in association with Samsung Electronics in 2018. Within the university’s new IoT Laboratory, students create “smart” things in various spheres: urban planning, housing and public utilities, medicine, industry, ecological monitoring, management, etc. The key goal is to use digital technology in order to reduce financial expenditures and economize human resources. Several unique projects are already being implemented, for example, construction of a “smart” lock which unlocks the door with the use of a mobile phone, or a “smart” greenhouse which independently controls the moisture content of soil.

International students also take active part in research and development works of the university. Moreover, SUSU cooperates with internationally acknowledged scientists from such countries as Great Britain, USA, Germany, Finland, Denmark, and other countries. Aside from development in the sphere of digitalization, international research collaborations leading to significant scientific accomplishments are prioritized by the university as well.

“My first impression of the university is connected with the beautiful main building. When I was choosing a university to study in, I already knew that SUSU is one of the largest higher education institutions in Russia which has a lot of international students. First I was scared of not understanding the things that our teachers explained to us during classes. I was also worried that no one would want to be my friend. But all my groupmates and teachers treat me really well. I understood that they are always ready to help me. Now I know that I can do everything if I work hard enough, and I’m not scared anymore,” says a student from Vietnam, Chan Thuha, about her experience of studying at a Russian university.

It is important to note that in 2019–2020, SUSU is launching a Master’s degree programme on Internet of Things Technology taught in English. Within this programme, the university will perform training of specialists in the sphere of the Internet of Things and data mining. It is right now already that the university is implementing a Master’s degree programme on Database Technology, which is very popular among international students.

Viktoria Matveychuk; photo by the author