Researchers Think up a Unique Way to Save the Environment 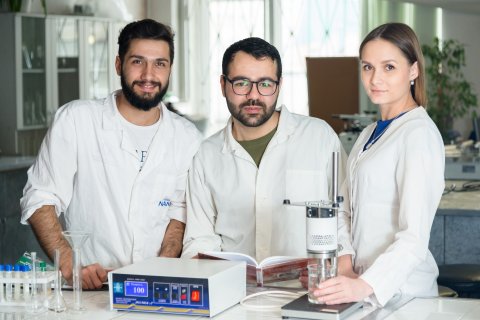 Researchers from South Ural State University (SUSU, Russia, Chelyabinsk) and the University of Oviedo (Spain) have invented photocatalysts which decompose harmful synthetic compounds (dyes, petrochemicals, phenol) into carbon dioxide and water. An article about their research, which could make a serious contribution to “green chemistry”, was published in the journal entitled “Catalysis Today”.

Polluted water and air and dangerous emissions released into the environment threaten both the health of humans and nature. Research by the SUSU Institute of Natural Sciences and Mathematics focuses on solving ecological issues. One of such projects is the development of photocatalysts to destroy organic pollutants.

Recently, SUSU obtained a number of new catalysts which are sensitive to ultraviolet radiation and based on a new, promising material – carbon nitride.

“The most oxidation-resistant pollutants in our environment are synthetic organic substances, because there are no microorganisms in the environment which can decompose them. These include surface-active compounds, dyes, petrochemicals, and phenol. The photocatalysts which have been invented by our researchers, on the other hand, are able to decompose synthetic compounds to carbon dioxide and water upon exposure to ultraviolet radiation (special lamps or the daylight). That is, it decomposes them to gases that exist in the atmosphere,” says Dean of the SUSU Faculty of Chemistry of the Institute of Natural Sciences and Mathematics, Vyacheslav Avdin.

According to the inventors, the developed materials have a higher selectivity (up to 80%) in the reactions allowing to obtain compounds important for the industries, as compared to the existing analogues (40%). Based on the obtained data, a pilot unit has been created and tests have been made in order to obtain a number of compounds applicable in pharmaceutics. 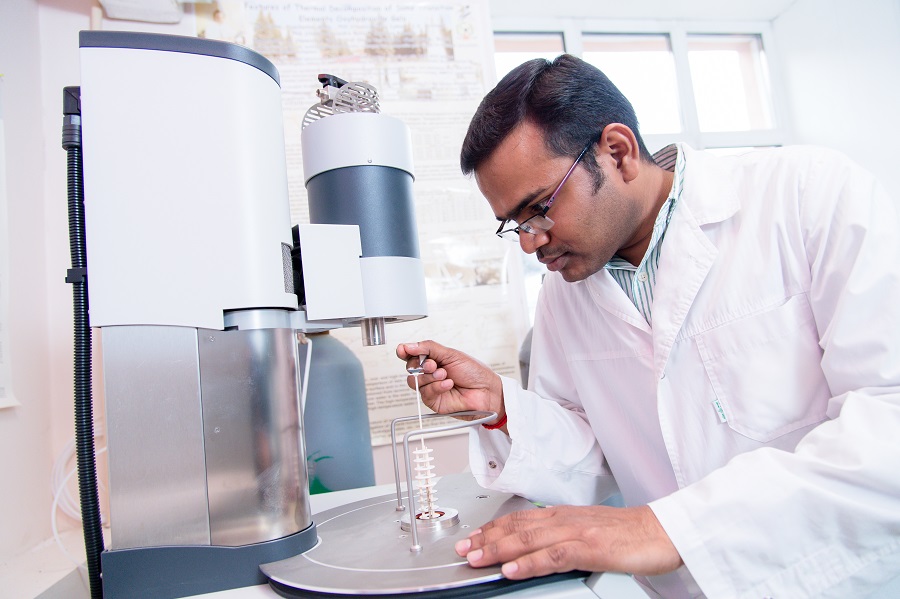 Today, the Institute is working with leading universities in the USA, Great Britain, Germany, Finland, Spain, and Serbia. SUSU attracts foreign researchers to carry out research projects targeted at protecting the environment. For example, a postdoc from India, C.P. Sakthi Dharan is carrying out his research activity at SUSU.

“Over ten years of work in the field of organic synthesis, I have developed Carbon Nano Tubes nanocomposites and fiber glass-reinforced composites with various thermoreactive materials. I have also invented three different liquid crystals. In the future, joint research with SUSU will offer the chance to create a new form of carbon materials (nanomaterials), which will be of interest for future application in manufacturing. Specifically, in the production processes in organic synthesis, cleaning of liquids and gasses, creation of membranes, and the use of membranes to separate gasses,” says C.P. Sakthi Dharan.

It is important to note that the university’s students get actively involved in research activity. Their participation in research projects makes it possible for the university to perform training of highly qualified specialists who will be able to work on implementation of these projects in the future. This includes graduates of such programs as Ecological Safety and Ecology and Natural Resource Management.

Moreover, in 2019-2020, the university is planning on launching English-language Master’s degree programmes entitled “Chemistry for Engineering Protection of the Environment” and “Biophotonics and Physical Methods for Human Body Research”.