On May 17, the International Museum Day is celebrated all over the world. This celebration is dedicated to people who keep our history in documents, valuable exhibit items and photos. This day is of a special importance for the SUSU History Museum.

Together with its students, South Ural State University, established in 1943, survived the hard times of the Great Patriotic War, experience the Khrushchev Thaw, the Perestroika, collapse of the Soviet Union and formation of the Russian Federation. All this time, the university kept developing, taking part in global events and responding to the requests of the time. Exhibit items of the SUSU History Museum allow tracking the path of one of the leading universities in Russia. Director of the university’s Museum and Education Complex, Nadezhda Ivanova, told us about 10 of the most interesting items exhibited at the Museum.

The history of SUSU started at the height of the Great Patriotic War. The Ural region was the main armory of the country which produced powerful tanks, gunnery, missiles, vehicles and reactive rocket launchers. In those conditions, there was a critical deficiency of qualified engineers at the enterprises. November 2 of 1943, the Council of People’s Commissars of the USSR adopted a resolution to establish a higher education institution in Chelyabinsk. This higher education institution – the Chelyabinsk Mechanical Engineering Institute (CMEI, then CPI, CSTU and SUSU) - was intended to perform training of specialists for the tank industry.

The Institute made its contribution to not just production of military equipment and training of engineers. In due time, its students and teaching staff have also passed the war and served their duty to the motherland. Among them was the Institute’s alumnus, Vladimir Guzhavin, who afterwards had become CPI’s Vice-Rector for Evening and Extramural Studies and the university’s veteran. Today, the SUSU History Museum carefully keeps his war letters, which were given to the university as commemoration of one of the people, thanks to whom the university has become the way it is. 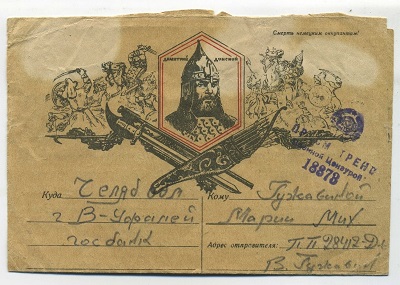 A few knows that the first classes at the present SUSU were held within the walls of Stalingrad Mechanical Engineering Institute, which was evacuated to Chelyabinsk and whose employees left for their hometown before the end of 1943. Students who got enrolled to the Stalingrad’s university graduated from the Chelyabinsk institute. This is verified by the first alumni’s academic records books, stating the name of the evacuated education institution.

One of the first alumni of CMEI was the well-known engineer and constructor Boris Magarillo, who graduated from the Tank Engineering faculty in 1948. The Museum has his notes and a copy of his academic record book; the original has been kept by the alumnus for his personal collection. Nadezhda Ivanova considers a priceless exhibit item the hand-written album entitled “CMEI 1944–1948”. It contains a unique information regarding the total number of students at that time, as well as their majors, the number of servicemen and order bearers, the names of academic staff, and the places of alumni’s employment. This album was some kind of a report book regarding the initial five years of the Institute’s operation. The Museum exhibits a rarest document dated 1953, the “Act of assignment for permanent use of a land plot for capital construction and further operation”, which signified the creation of the main university building. The yellowed pages state that a decision was made to assign the area of 16 hectares for construction of the main CPI building at the end of the Spartak street, one of the traffic arteries of the city which afterwards have been rearranged into the Lenin prospect. 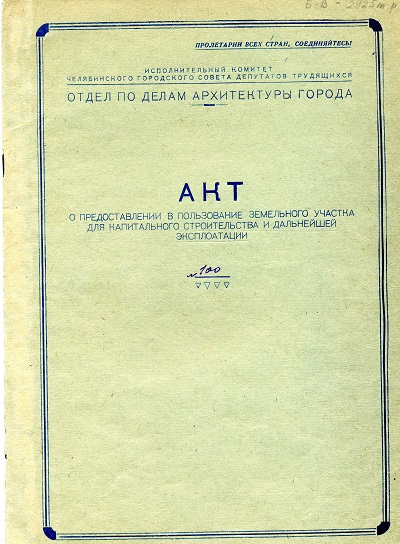 SUSU keeps more than 10 personal archives of scientists who used to work at the university over these years. Among them is a document collection of Georgy Chernorutsky, a Soviet’s and Russian scientist, the founder of a scientific school in various spheres of the theory of control systems. Another collection of documents that is carefully stored at the museum regards one of the founders of the Chelyabinsk scientific school of welding stressmen, Oskar Baksha, who dedicated half a century of his life to teaching at CPI: starting from 1950, he worked as a lecturer, in 1968—1977 he was the Vice-Rector for Academic Affairs, in 1971—1987 he headed the Department of Equipment and Welding Engineering. He worked at the Institute till 1997. One of the most important exhibit items of the Museum is considered the mockup of the main SUSU building – the engineering project, thanks to which the university had been completely transformed and constructed in analogy to the MSU building. This idea belonged to the former Rector and current President of the university, German Vyatkin.

With this very mockup started the reconstruction of the main SUSU building in 1991: the university got three additional levels, a spire and brass sculptures of Prometheus, who brings the flame of knowledge, and Nica, the Goddess of Victory. The sculptures formed a single composition with the monument of a student, positioned in front of the central entrance. Nowadays, this building is one of the main sights of the city, which attracts its residents, tourists and young people of the South Ural’s capital in general. In 2005, the university established the Poisk Student Scouting Forces, which annually take part in the Memory Watch at the Sinyavinsky Heights near the village of Gaitolovo, the place where the Siege of Leningrad was breached. In the course of scouting works, students find war-time items, which subsequently become the property of the SUSU History Museum. A special exposition exhibits medallions, cartridge cases, bullets of German rifles, Soviet’s landmines, cooking tins, buckles, and many other things. 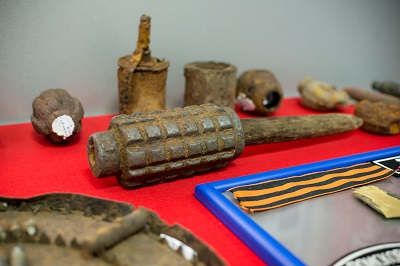 The History Museum also exhibits the Olympic torch. With this torch in 2013, the Rector of SUSU, Aleksandr Shestakov, walked some part of the Olympic torch relay in celebration of the Olympiad in Sochi. The main symbol of the upcoming Olympic Games was handed from one person to the other over the 56-kilometer-long route. Overall, about 300 people took part in the relay. Holding the torch, Aleksandr Shestakov walked his relay section from Lesoparkovaya street till Soni Krivoy street. This exhibit item proves the fact that SUSU always aspires to be a part of globally significant events. From 1956, the university started issuing its own newspaper which used to be entitled “Polytechnic Cadre” but later was renamed into Technopolis. Workers of the museum complex created a file of all editions, starting with the first issues and finishing with the last-at-the-moment newspaper dedicated to the anniversary of SUSU. The history gets composed out of things that seem insignificant at the first sight. This is applicable to jubilee badges of the university, marking its path from CMEI till the SMART University of Digital Transformations. SUSU has been developing for over three quarters of a century. Recently, the university's administrative staff, academic staff and students massively celebrated the 75th anniversary of their Alma Mater. But looking at the badge made on the occasion of its 10th jubilee, one can recall the past. All who wants to hear this and many other stories can visit the SUSU History Museum at the thermal engineering building of the university.