“International Cooperation with Kazakhstan is Getting Stronger”: SUSU’s Faculty of Journalism Took Part in Online Conference 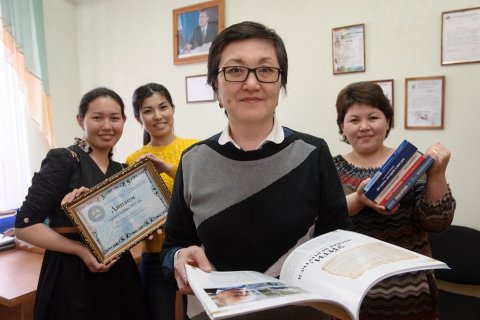 Representatives of the Department of Journalism and Mass Communication of SUSU ISSH’s Faculty of Journalism took virtual participation in an international scientific session entitled “Journalism and PR in the Digital Era: New Challenges of the Time”, which was organised by Kostanay State University named after A. Baitursynov. Within the science-to-practice conference, academic staff and students of the partner universities in Russia and Kazakhstan discussed some professional, creative, legal and economic issues that the journalism- and PR-community is facing in the conditions of digital civilization and modernization of public conscience. Associate Professors of the Department of Journalism and Mass Communication at the ISSH Faculty of Journalism, Anna Cherednyakova and Anvar Ismailov, presented their reports entitled “Media image of a territory by the example of Chelyabisnk” and “Robotic journalism as a problem field of (eco)journalism”, which excited big interest among participants of the conference.

“Nowadays, our international cooperation with Kazakhstan is developing and getting stronger. The starting point of international cooperation between the two departments of journalism was 2010, when SUSU and KSU named after A. Baitursynov concluded an agreement on cooperation,” said Dean of the Faculty of Journalism, Doctor of Sciences (Philology), Liudmila Shesterkina. “From that time, the multi-aspect cooperation has been constantly developing in regard with exchange of experience, research collaboration, participation in science-to-practice conferences, joint publications, academic mobility, and other directions.” 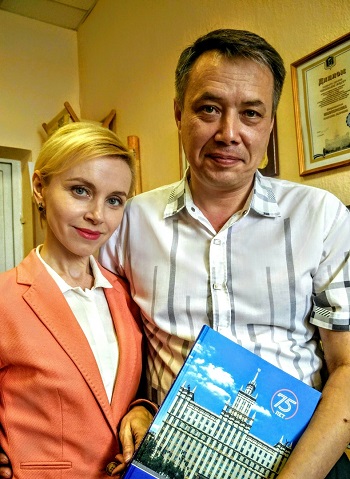 For example, Head of the Department of Journalism and Communication Management of the Faculty of Humanitarian and Social Sciences at KSU named after A. Baitursynov, Almatay Zhusupova, successfully presented her report at the 7th International Science-to-Practice Conference entitled “Topical issues of interaction between journalism, advertisement and PR in the modern media space”, held at SUSU.

After that, academic staff and students from the Kostanay State University took part in the 13th International Congress entitled “Public Relations and Advertisement: Theory and Practice” held by South Ural State University, as well as in the 5th International Festival of School and University Mass Media. In 2018, KSU students took prize-winning places at the 3rd International Scientific-and-Educational Forum called “Communication Leader of the 21st Century”. Moreover, for eight years in a row, students of the Department of Journalism and Communication Management at Kostanay State University named after A. Baitursynov have been undertaking internships at SUSU-TV Television and Radio Company within an academic mobility programme.

This year, SUSU and KSU started developing their cooperation in a new direction – research articles of academic staff and a Master’s degree student of the Department of Journalism and Mass Communication at South Ural State University have been published in proceedings of the International Science-to-Practice Conference called “Baitursynov’s Readings”.