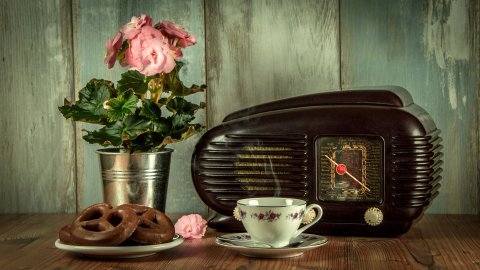 May 7 is a special day in the history of world science and technology. On this day in 1895, Russian physicist Alexander Popov demonstrated to the world the work of the first ever radio receiver. These days, radio, television, and mobile communication have become essential parts of our daily lives. However, back in 1895, it was not the case. For the first time in history, Popov carried out the first session of radio communication. Today May 7 is a celebration of those who work with all types of communications technology.

In 1945, the USSR held noisy celebrations honouring the 50th anniversary of radio invention, and the government decided to proclaim May 7 as the annual Radio Day. The gesture was later approved by the decree of the Presidium of the Supreme Soviet (“On Holidays and Memorable Days”, October 1, 1980).

People celebrate May 7 as Radio Day not only in Russia but also in other countries such as Belarus, Armenia, and Kyrgyzstan.

The current information boom is the result of the work of many generations of scientists, engineers, technicians – all those related to the communications industry. Everyone who informs us about the most important events taking place around the world, unites different people and serves the cause of spreading information should be honoured on May 7.

Interestingly, there exist several celebrations dedicated to the radio. On April 18, people celebrate World Amateur Radio Day that unites radio amateurs worldwide, following the foundation of the International Amateur Radio Union in Paris in 1925. On February 13, the world celebrates World Radio Day to recognise the power of radio to promote dialogue, tolerance and peace.