The Great Patriotic War is a topic that always echoes in many different ways in the soul of every person in our country. This global-scale event combines an immense amount of most contradictive emotions and feelings in it: it is a national tragedy and a national joy, it is a bitterness of parting and tears of happiness from meeting again, it is fear and incredible national courage – it is the unity and greatness of a whole people who managed to defend their Motherland. The Great Patriotic War is a lesson, which everyone of us remembers, and it is a most important example of what a person is capable of for the sake of peace on Earth. It is crucial that young people remember about it all, as it is them – our students – who will replace the older generation and will continue making our history.

“South Ural State University was established during the years of the Great Patriotic War (1943), in the city of Tankograd (City of Tanks): that was how Chelyabinsk was unofficially called in the war-time thanks to its contribution into defeating the enemy. And today still SUSU is actively developing the fields of education and scientific schools, related to the defence-industry complex, and various projects are being developed here.

The contribution made by South Ural region and the Chelyabinsk Region into the Great Victory was huge. Great amounts of arms and munitions were manufactured here, as well as new machinery was engineered, and the Voluntary Tank Corps was formed. People of SUSU remember at what price the Great Victory was gained and still value the traditions initiated by our older generation,” shares SUSU Rector Aleksandr Shestakov.

It is a fact that during the whole history of the university’s development the training of students was continuously accompanied by educating them. That was how the system of the civil and patriotic education of students formed, which implies shaping and developing the socially important values, character education, making a citizen become a patriot. As a result of this process, a Council for Civil and Patriotic Education was created at the university. The main goal of the Council’s activity is forming the strong patriotic consciousness in students, the feeling of being faithful to their Motherland, the readiness to perform their civil duty, and the constitutional obligations on protecting the interests of Russia. 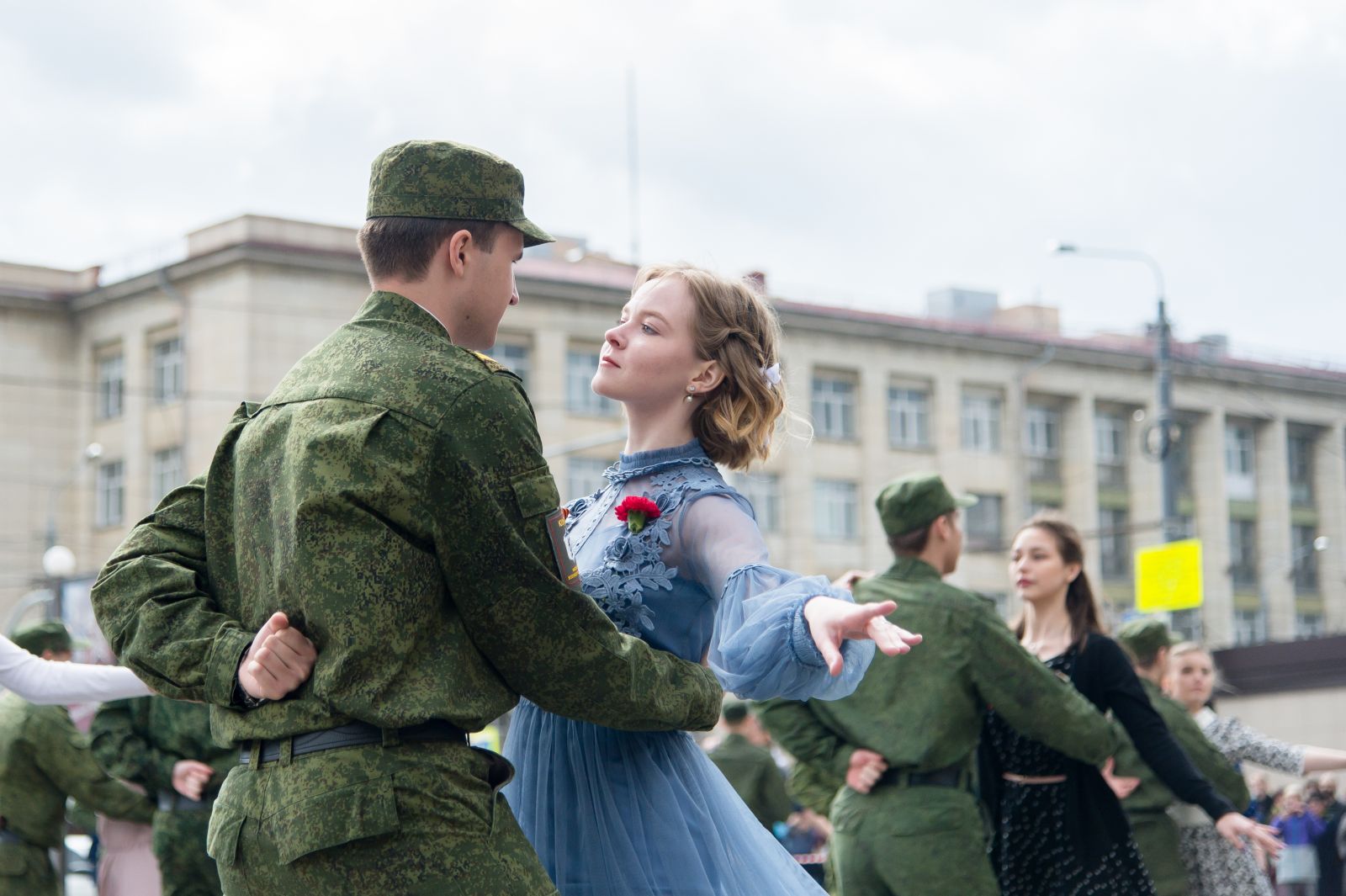 Today SUSU Rector tries to preserve and share the history of our country and our victory with the young generation, our students. That is why it so important for the university to continue taking and developing measures on civil and patriotic education.

Aleksandr Shestakov grew up in a family, every senior member of which lived through the war times. Namely this background taught him already in his young age to tell right from wrong, and appreciate hard-working, determination and persistence. It also predetermined Mr. Shestakov’s choice of his future profession related to development of the defence industry. Aleksandr Shestakov took after his relatives the principles and understanding of life as a process of constant working and never giving up while keeping one’s humaneness, and that was what provided Mr. Shestakov with a potential and possibility to govern one the major universities in our country.

“At our university we honour the memory of our heroes, of those people who participated in the war and fought for our Land. That is exactly why, we begin all our Victory Day celebrations with meeting our veterans every year. It is of special importance for our students. Young people must know history – not only the history of our country, bur also that of its heroes, and they must understand their character and be able to appreciate one and the same situation at different angles. That is why such meetings are very useful for our students. Our veterans tell them the stories of their lives, and in doing so they teach our students to be brave, confident, and share a very helpful experience with them, which they could use in their life in the future,” notes Aleksandr Shestakov.

Over the many years of the university’s development it has formed good traditions of celebrating the Great Victory Day, which have already become part not only of the university’s history, but of our whole city as well. Thus, SUSU cannot imagine the May 9th festivities without such events as the Dress Parade of the Faculty of Military Education attendees on the University square, the ceremony of flower-laying at the Eternal Flame monument by the university staff members, Victory Waltz, and the annual Victory Day concert. 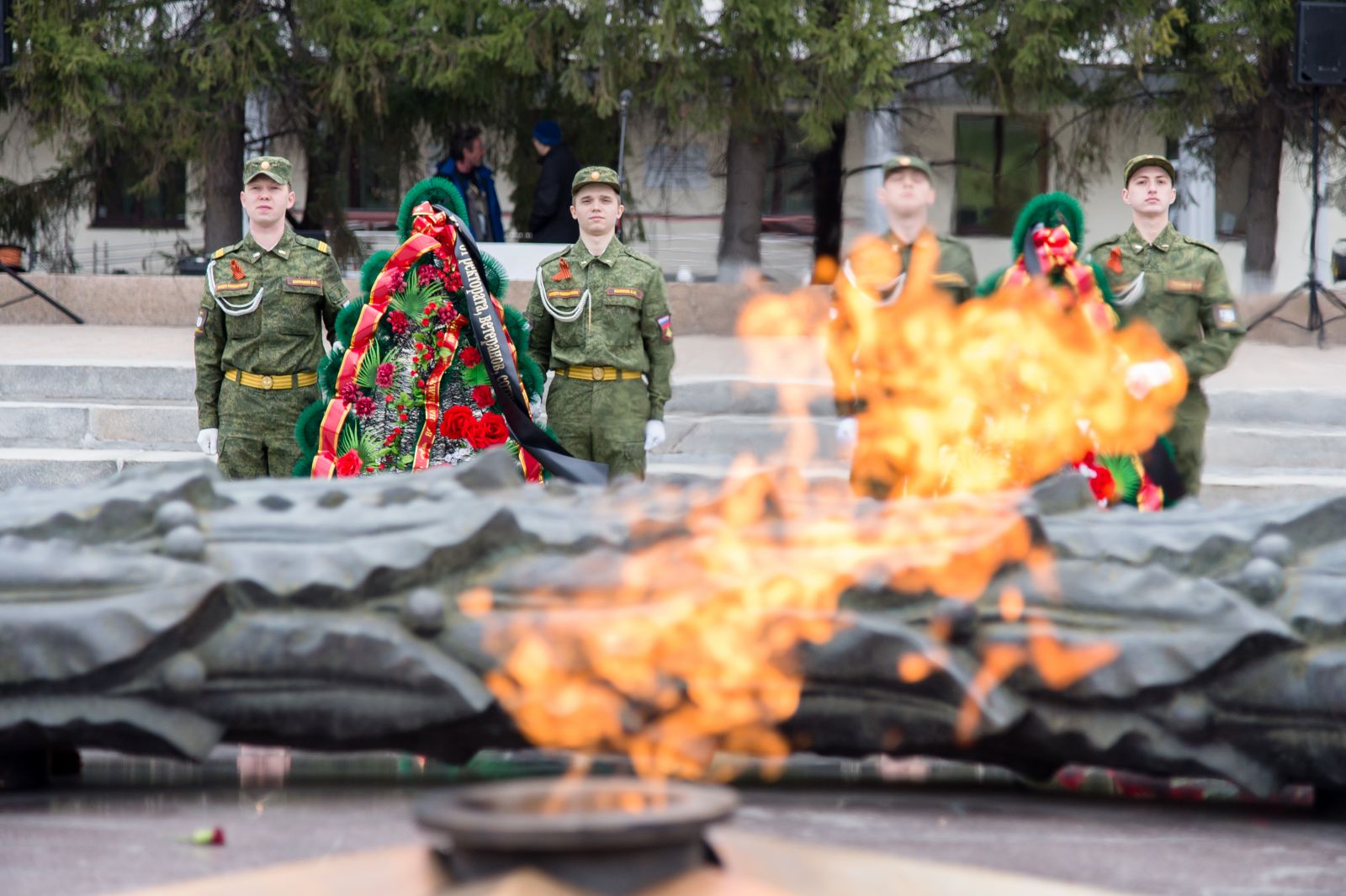 Besides organizing its own events, the university actively participates in the city-wide festivities. Every year, the SUSU staff members and students take part in gatherings devoted to the Victory in the Great Patriotic War, in the Immortal Regiment march, as well as in the Victory Parade on Revolution Square.

Aleksandr Shestakov stresses: “The annual preparations to the celebration begins long before May 9th and requires great dedication from the participants. Right before Mat 9th, a dress parade and procession of military troops and attendees of the SUSU Faculty of Military Education is held on the square in front of the main university building. Already in April, students start actively preparing to the parade. The rehearsals last for about one month and include the participation of the Faculty of Military Education students in two events: May 9th Victory Parade, as well as in the march in review and the ceremony of wreath-laying at the Eternal Flame monument on May 7th. The march rehearsal are held every day regardless of the weather conditions.”

All in all, almost 500 people from the Faculty of Military Education are engaged in the Victory Day celebrations. They take part in the Immortal Regiment march as volunteers who help keeping the moving columns in walking order.

“On May 7th South Ural State University will hold traditional events as part of the celebrations of the 74th Anniversary of the Victory in the Great Patriotic War.

In the morning a dress parade and procession of military troops and attendees of the SUSU Faculty of Military Education will be held on the square in front of the main university building. After the world of congratulations and reading out of this special day’s decree by the Russian Federation Minister of Defence, the Faculty of Military Education members, university leadership, SUSU staff and students will go to the Walk of Fame for the ceremony of wreath-laying at the Eternal Flame monument. 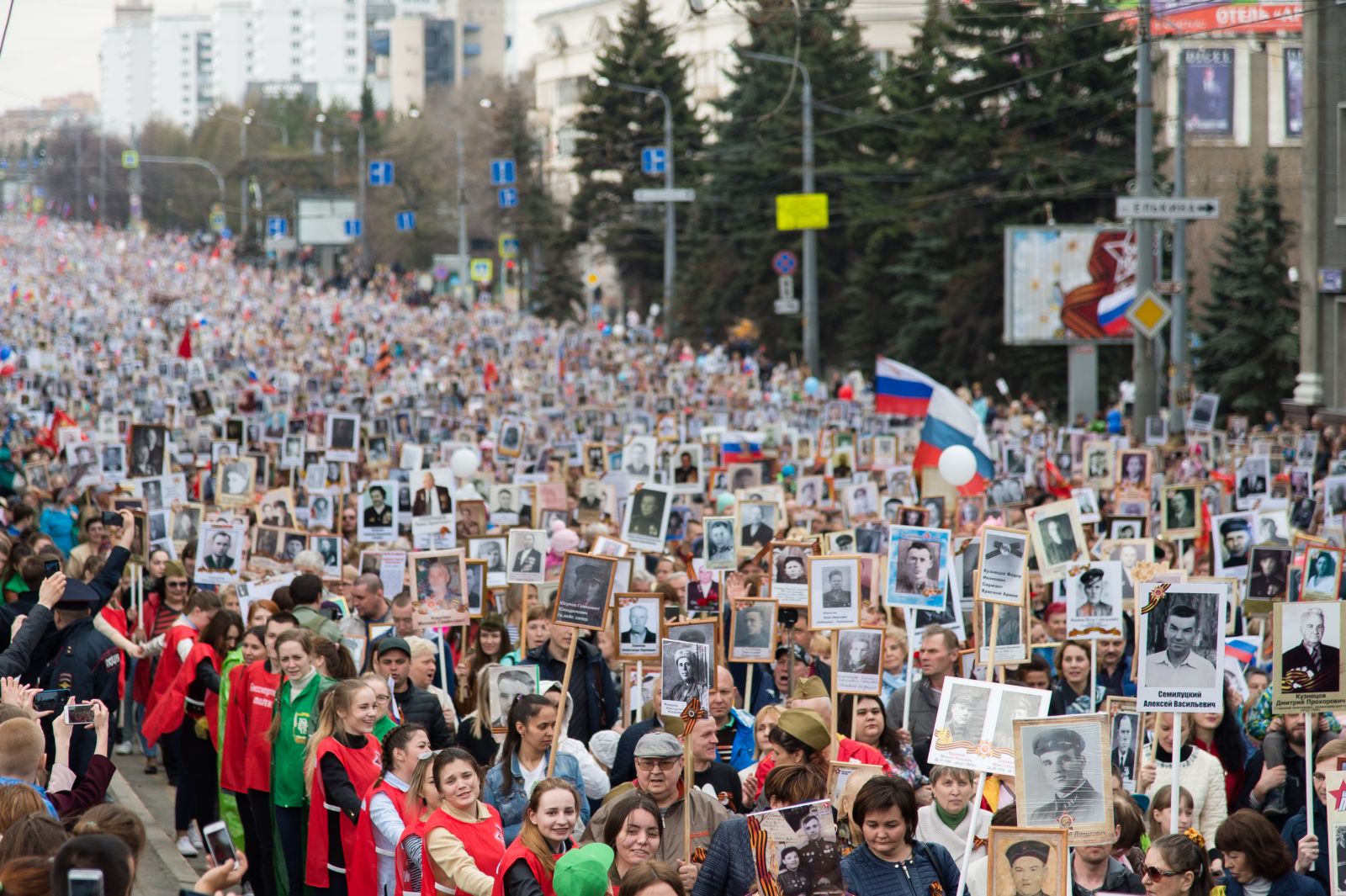 One of this year’s most colourful and emotional events will once again be the fifth anniversary Victory Waltz. As a symbol of the lasting memory and gratitude to the Soviet people for their great courage and self-sacrifice, young men and women will be waltzing around to the sound of the melody to which people were dancing back in 1945.

The Victory Waltz is a university-wide campaign, in which students from all SUSU schools and institutes can take part. The Faculty of Military Education attendees make great contribution to the holding of this event. This event leaves no one untouched, that is why the number of its participants grows year after year. In 2015, on the occasion of the 70th Anniversary of the Victory Day, 70 dance couples performed in front of the SUSU’s main building, and in 2018 there were already more than 140 couples.

The veterans and homefront workers of the Great Patriotic War will become the honorary guests at the Victory Waltz. This dance is a chance for the younger generations to say thank you to them for their priceless heroic act,” continues SUSU Rector.

Traditionally, the festivities will continue with a concert in the university Activity Hall in the afternoon.

“This war was the most brutal one over our whole history. We had a dear price to pay for our Victory. We won thanks to the mastery of our officers, the level of our military machinery, and the moral courage of every soldier. SUSU is training the elite members of our future society. I want our students to remember their ancestors, who lived through those difficult years, so, that is why we honour and will keep honouring the memory of our heroic ancestors year after year,” says Aleksandr Shestakov.

The events dedicated to the Victory in the Great Patriotic War will be held at SUSU on May 7th starting from 10 o’clock.

Moreover, students of South Ural State University will be actively participating in the city-wide festivities: the Faculty of Military Education volunteers will help keep the column of the Immortal Regiment in the marching order, and they will also take part in the Victory Parade on Revolution Square, which will be held on May 9, 2019.

The festivities on the occasion of the 74th Anniversary of the Victory in the Great Patriotic War will be held at SUSU on May 7, 2019: