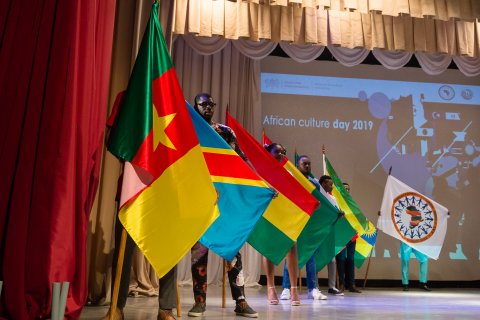 The event was opened by a colourful parade of flags; 11 representatives from Africa brought out the flags of their nations.

SUSU Rector Aleksandr Shestakov offered words of welcome to the participants and guests of the event.

“The relationship between universities of Africa and SUSU is developing quite intensely today. Africa is a big continent, the residents of which can study at our university and help shape a positive image both of our university and of our country. Today, at this holiday, we will learn more about their culture, and they will learn more about ours, in turn. I hope that next year, there will be even more flags on stage.” 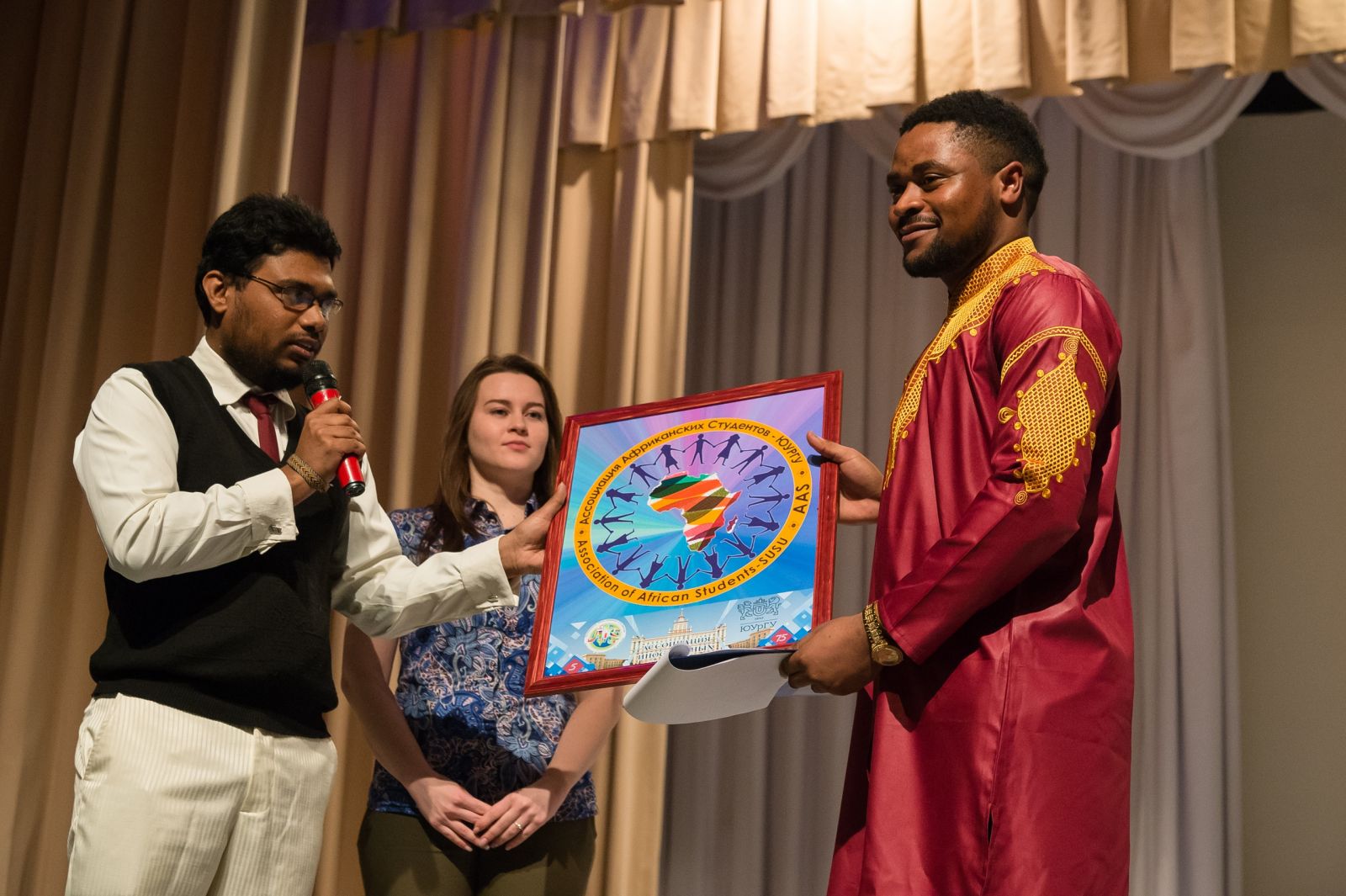 SUSU is actively developing partnerships with the countries of Africa. At present, more than 50 students from 11 African countries are studying at our university: Guinea, Angola, Cameroon, the Congo, Cote d’Ivoire, Gabon, Equatorial Guinea, Nigeria, Zambia, Zimbabwe, and Botswana.

Per tradition, the university invites representatives of embassies and consulates of African countries. This time, SUSU was visited by the Advisor for Student Affairs of the Embassy of the Republic of Zimbabwe in the Russian Federation, Muponisi Muchechetere Dzapasi.

“The relationship between Russia and African countries have a long history. We have been partners since the colonial times. If there is anything worth learning, then it should be learned from the best. Historically our people travel to Russia for their education, and it has even become a stereotype. Students are inspired by medicine and try to obtain a medical degree. Also, because your country is developed in engineering and mining, students want to obtain knowledge in these fields.”

In the unofficial part of the event, the African students presented a colourful artistic program. They performed national songs, dances, and poems in beautiful national costumes.

As part of the African Culture Day, the final round of the Mister and Miss Africa was held. Young men and women participated in creativity performances, and after that the winners were chosen.

Botswana resident Lemme Fait Difolo, who is studying Russian in the SUSU Faculty of Pre-University Education, became Miss Africa. Clinton Chibuzor Ojukwu, who came to SUSU from Nigeria, was named Mister Africa. He is also studying Russian and dreams of becoming a linguist.

“It was difficult to prepare for the contest, but we made it. I am happy that I won, and I want to say thank you very much to everyone!” 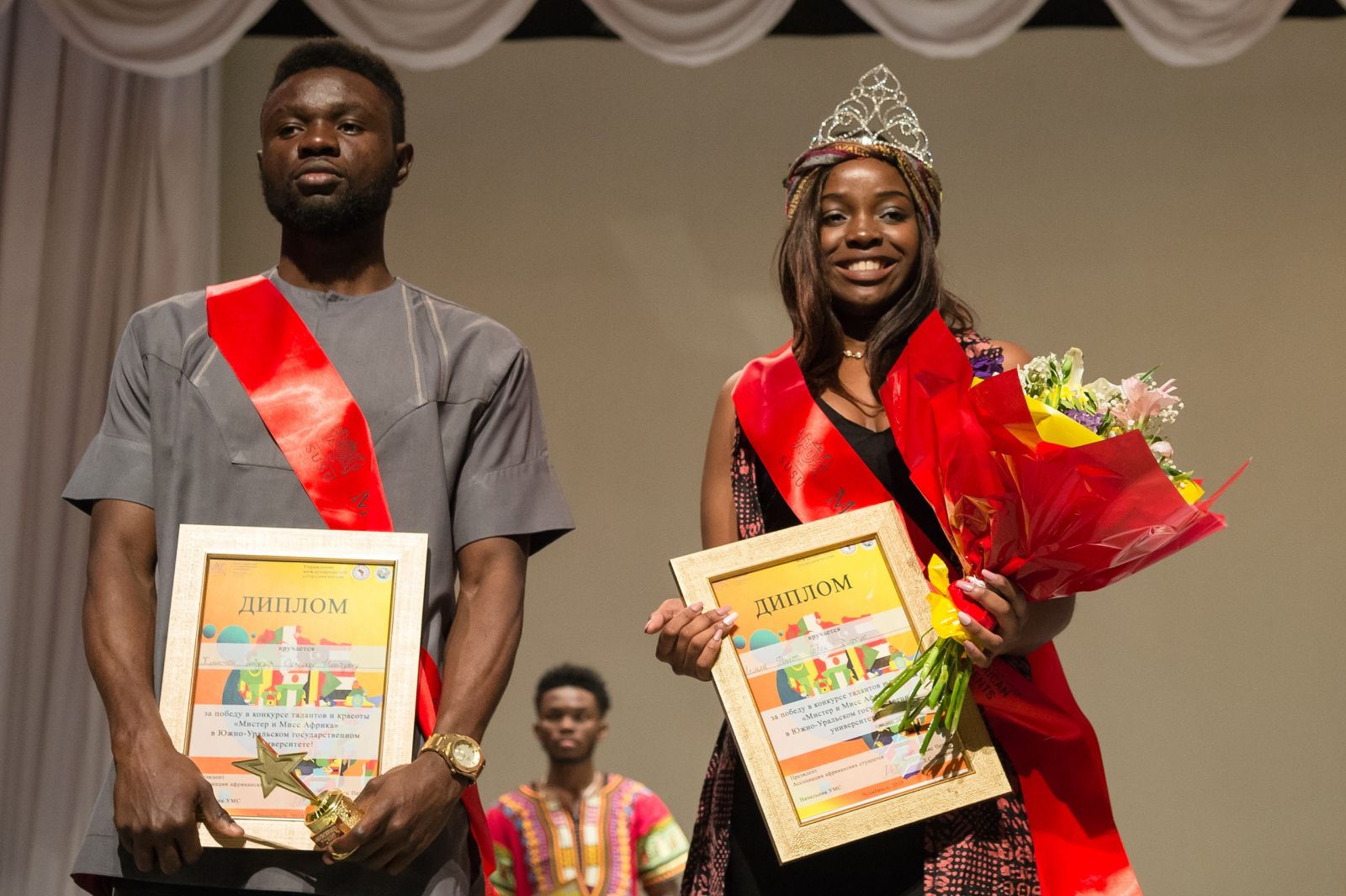 “Over the last year I was very active. I participated in the organization of international holidays and birthdays, and today my friends decided that I should be the president. I think that they believed in me, and I’m very glad. My friends and I wanted to show Russian people how we live and show them our culture, and I think that we did this successfully.”

By holding such events, South Ural State University tries to improve the atmosphere of staying in Russia for African students who are far from their homeland.