Ural Is Our Country’s Stronghold!: Regional Contest of Young Public Speakers Wraps up 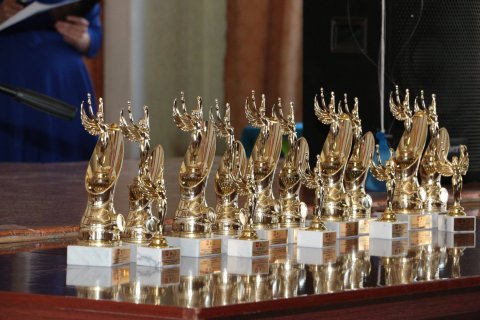 On April 19th, a scheduled regional contest of young public speakers called Zlatoust was held, in which international contestants also took part. This year the participants had to prepare a speech on one of the following topics: “Ural Is Our Country’s Stronghold!” (devoted to the 85th Anniversary of the Chelyabinsk Region); “Theatre: Art and Traditions” (devoted to the Year of Theatre in Russia); and “My Legislative Initiative”.

In the final, 63 contestants took part, those were the students who had become prize-winners in the local selection rounds of the contest in their educational institutions. Similar to the previous years, the contest turned out to be a truly international one: the finalists came from educational institutions of the Chelyabinsk Region and represented Chelyabinsk, Magnitogorsk, Yuzhno-Uralsk, Asha, Sim, Katav-Ivanovsk, Kyshtym, Zlatoust, Troitsk, Ozersk, Yuryuzan, Kopeisk, Miass, Korkino, and Mirny settlement. And also among the participants were international students from 5 countries: China, Congo, Turkmenistan, Kazakhstan and even the Republic of Côte d'Ivoire.

The Zlatoust young public speakers contest, which is being held for almost 20 years, mostly aims at drawing attention to the spiritual and moral education of youth, the problems of functioning of modern Russian language, and to the changes occurring in language. The contest’s organisers are: Ministry of Education and Science of the Chelyabinsk Region; Znanie (Knowledge) Society, a Chelyabinsk Regional Educational Public Organisation; Council for Russian Language and Literature; and Regional Organisation of the Trade Union of the Workers of National Education and Science. 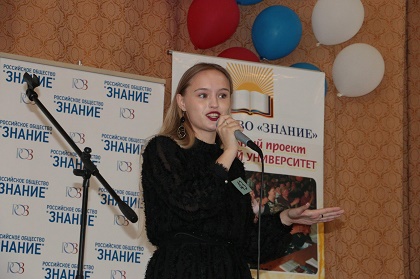 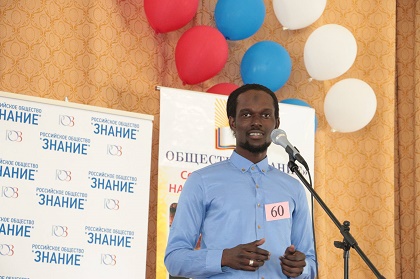 For several years now, the contest participants has been including international students, for whom Russian is not a native language. A special category was created for these public speakers: Foreign Citizens. It holds around 70 participants.

In the OOVO category (translated as Educational Organisations of Higher Education), the second place was taken by a student of the Institute of Social Sciences and Humanities Veronika Topolskaya , who delivered a speech about theatre.

In the Foreign Citizens category, the winners were students and courses attendees of the Institute of Linguistics and International Communications.

Most of the international participants chose the topic about Chelyabinsk and made the audience to look at our city at a different angle. Song Xianchuang charmed everyone when he was reflecting on what “our Chelyabinsk” lives by. Joel confessed that he had been asked the same four questions during his first days in Russia. As a rule, they asked to take a picture with him, and after that everyone kept asking “Why did you choose to come to Chelyabinsk?!!”

Zhang Qi knows the history of the Chelyabinsk Region starting from the ancient times really well. The members of the audience were truly amazed at how fluent he was when pronouncing such complex phrases as “металлургическая отрасль производства” (“metallurgicheskaya otrasl proizvodstva”/ “metallurgy production sector”). And Ruslan was talking about the riches of South Ural region. But everyone was really shocked when they heard that Abubakar immediately stated that he came to propose a legislative initiative... on the procedure of stay of foreign citizens in Russian. Trying to stick to the legal terminology (and he had to study the current laws very thoroughly while he had been writing his speech), he did get confused by the expression “коренное население” (“indigenous population”), but finished his speech quite decently. Our congratulations to the winners and participants of the contest!