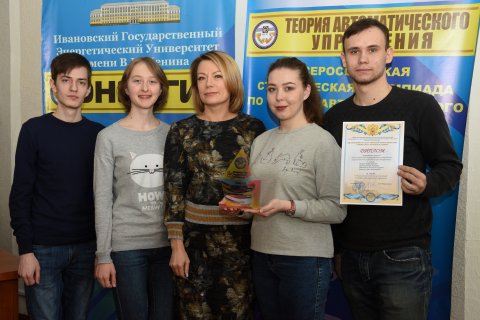 This accomplishment is based on education that students get at the Department of Automatic Control Systems. In the course of their 5-year study, former school children become engineers majoring in Aircraft Control Systems and acquire fundamental knowledge in mathematics, physics, electrical engineering, programming (including microprocessor programming), theory and practice of development of highly accurate aircraft control systems.

We congratulate the winners of All-Russian Student Olympiad on Automatic Control Theory 2019 and wish them new accomplishments and new victories!

Vladimir Shiryaev, photo by the author