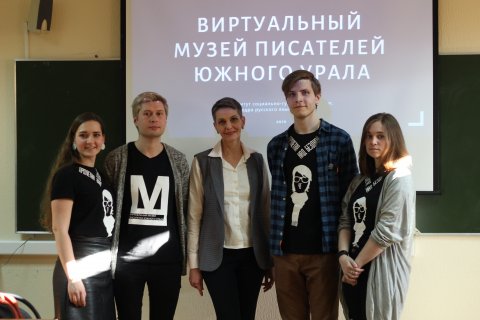 Under the guidance of an academic from the SUSU Department of Russian Language and Literature lecturer Evgeniy Smyshlyaev, Master’s students Marina Chernykh, Arina Medvedeva and Artem Shilintsev took part in the First International Science-to-Practice Conference on Slavic Philology and Culture in the Intellectual Context of Time, which was held at Southern Federal University, Rostov-on-Don.

In the Student Project Presentations section, the Master’s students presented the Virtual Museum of South Ural’s Writers, which they are creating as part of SUSU’s project-based learning.

The reason behind creating this museum was the absence of such a structure in Chelyabinsk. Yekaterinburg has the Museum of Writers of the Ural Region, which occupies an entire city block. Its exhibits present mainly writers of the Northern and Central Ural regions. There are no analogues for this project in Chelyabinsk, despite the fact that literature of the South Ural region is at its height right now. The proof of that are the literary events of different levels and formats that held, from festivals to poetry evenings organised on a regularly basis.

The co-supervisor of the project, academic of the Department of Russian Language and Literature Evgeniy Smyshlyaev, had the following to say about why the project is unique:

“Creating a real museum is very expensive. We chose a more relevant form and the one appropriate for the times – a virtual museum, which allows visitors from all over the world to get to know modern literature and writers from Chelyabinsk. We make it possible to understand the lives of the modern writers who walk the same exact streets as us. We show the creative laboratory of poets, the writing desks at which they create their works. This makes this project unique – it has no analogues in Russia.”

The Master’s students say that the virtual museum is a long-term project. At the current stage, the students have created the museum’s concept, the structure of the site, have created a virtual tour through the apartment of poet Yanis Grants, and are working now on the site design and creating content for two more virtual apartments.

The subjects of the first virtual apartments were not chosen randomly. Nikolay Godina is a representative of the old generation of poets, Yanis Grants – the middle generation, and this year is also a milestone year for him. Four volumes of an anthology of modern Ural region poetry have been published in our region, including more than 100 poets, one third of whom live in Chelyabinsk! Within this project, which has a road map of several years, the plan is to create 30 virtual apartment exhibits. The Master’s students, who will enrol in the SUSU Department of Russian Language and Literature next year, will continue working on the Virtual Museum and presumably will create new virtual apartments. 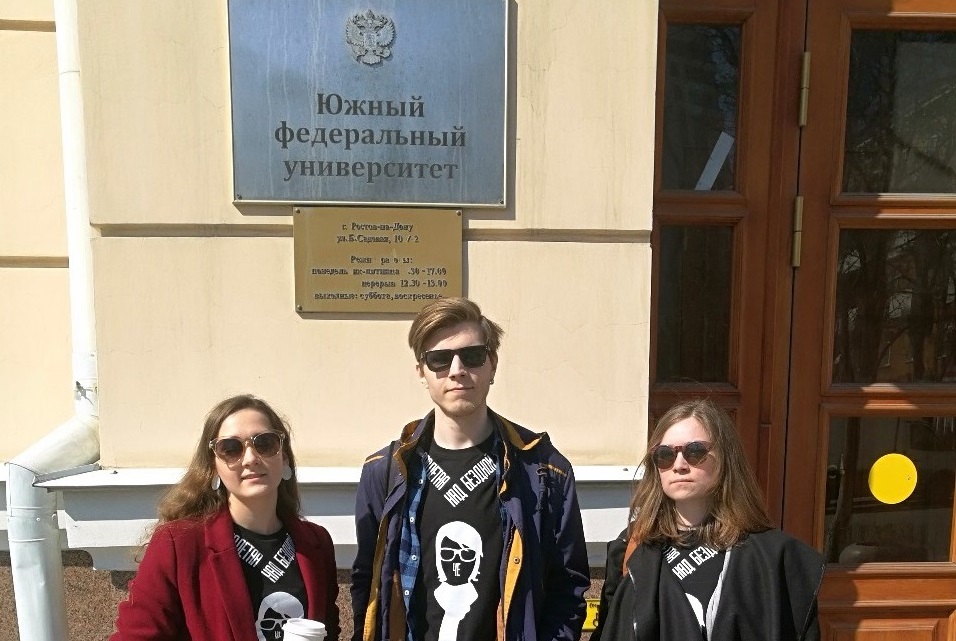 The participants of the conference and the lecturers highly appreciated the students’ training and the quality of their presentation, and noted that a virtual museum is a big and significant project not just for the South Ural region, but also for the literary process of the country as a whole. Doctor of Sciences (Pedagogy), Associate Professor of the Department of Russian Language and Teaching Methods of the Philological Faculty at Peoples’ Friendship University of Russia Yelena Strelchuk noted that this is an inter-institution project – it is not just Philology Master’s students who are working on this project, but also students of other SUSU institutes, including programmers and a designer.

“This is a very interesting idea – to see what a poet lives by, what books are on his bookshelf, what items inspire him when he is sitting at his desk.”

Nataliya Bortnikova, a Southern Federal University student, who presented a project on The City as a Text of the Culture, posted an inspiring comment on VKontakte web-page where she shared her feelings about the project after watching the Master’s students’ presentation:

“I am writing directly during the presentation of this virtual museum project at the conference. This is outstanding: a wonderful team that is inspired by their leaders, who are really interested in what they do, a wonderful idea, and quality execution!”