Winners of the Young Progressors Contest Announced at SUSU 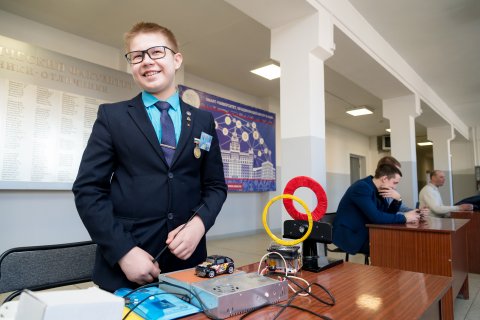 The Young Progressors Olympiad was held at South Ural State University. The event was organized, per tradition, by the Faculty of Aerospace Engineering of the SUSU Institute of Engineering and Technology.

The Olympiad coincided with one of the most important dates in the Russian calendar – Cosmonautics Day. This year, it was held for the ninth time.

“We have been gathering ‘star-gazing’ school students for more than eight years already. While preparing for the Olympiad, children gain unique knowledge when solving tasks which unite thermal physics, aerodynamics, and power engineering. The projects presented at the engineering exhibition show the ability to think outside of the ordinary, and the presentation preparation involves immersing into promising developments in the aerospace industry. Over the years, the interest in the Olympiad has not waned, so we are waiting for those who want to help make the stars closer at our faculty,” says Deputy Dean of the Faculty of Aerospace Engineering Yekaterina Zarnitsyna. 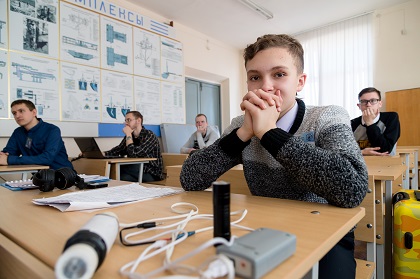 Every year, the Olympiad is held in the following categories: Cosmonautics and Rocket Technology; Aviation; Devices and Control Systems; and Engineering Exhibition. In the final category, a student of the V.M. Komarov Palace of Children and Youth Creativity from Snezhinsk, Vyacheslav Syskov, presented a modern vehicle – the ground effect vehicle (GEV).

“This form of transportation can be used in place of some ships: they have the ability to carry big loads. This type of transport is much faster than ships. The average speed of a GEV is from 150 to 400 km/h. This form of transportation uses the surface for lifting force. In creating this model, I based it off a certain design – the Soviet ekranoplan. But in my model, I increased the wing surface area, because this is needed to increase the ekranoplan’s lifting force. It took me 10 days to create the model.”

The Olympiad aims to develop interest in such fields as cosmonautics, rocket engineering, and control systems, and also to support innovation and invention among young scientists.

The total number of participants in the Young Progressors Olympiad this year was 39 from 6 cities of the Chelyabinsk Region.

After a meeting, the jury gave their verdict. 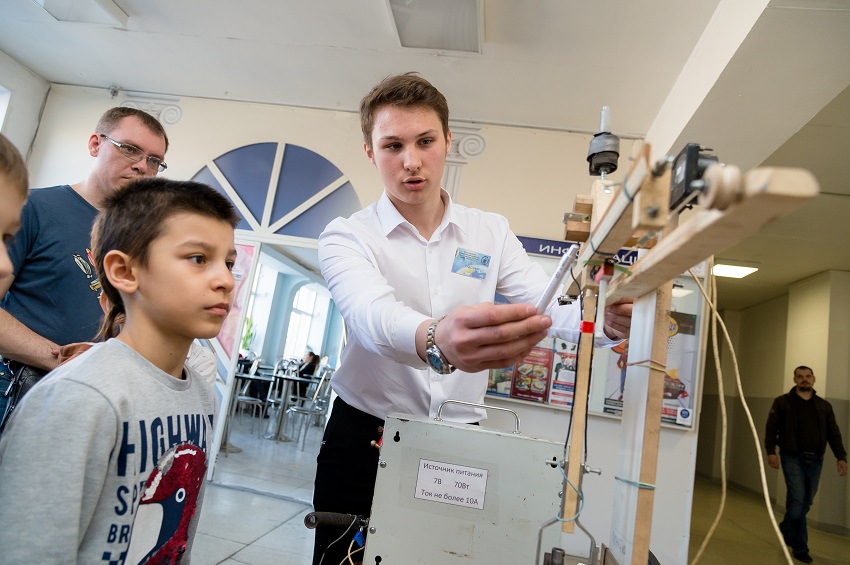 “I study vortex effects. I studied the work of a French researcher and proved that the vortex effect exists in a special device – the vortex tube. I have been presenting this project for three years already, and I try to improve it each time. I’m very happy that I took the first place! Now I will prepare for the EGE, and with my results of the exams I plan on enrolling at SUSU in the Faculty of Aerospace Engineering.”

11th grade student of Lyceum 82 Danil Pakhomov won the Aviation category. The young man told us how he chose the topic for his project.

“I presented a composite material, which, in my opinion, is the material of the future. I learned about this material when I was helping my dad at his manufacturing job, and that’s why I decided to create a project on its use in the aircraft industry. I really liked participating in the Olympiad, and I am considering applying to the SUSU FAE.”

All of the participants were awarded certificates of participation. All of the winners and top-3 who are in the 11th grade earned additional points for applying to the Faculty of Aerospace Engineering.

As a reminder, the Olympiad was held with support from Ural Airlines (Yekaterinburg) and the Central Research Institute for Machine Building (TsNIIMash, Nizhnyaya Salda).