In Memory of the Great Heroic Act: SUSU Invites to Rehearse the Victory Waltz 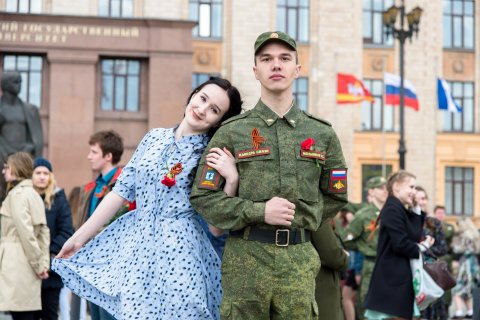 South Ural State University invites students to the rehearsals of the Victory Waltz. This year’s dance flashmob, devoted to the heroic act of the Soviet soldiers during the Great Patriotic War, will be held at the university square in front of the main SUSU building on May 7th at 13:00.

The SUSU students will take part in the fifth, anniversary Victory Waltz. This is rightfully one of the most big-scale events among the May 9th celebrations. As a token of the imperishable memory and gratefulness for the great courage and self-sacrifice of the Soviet people, young men and women will be waltzing around to the sounds of the melody played on the same occasion back in the year of 1945. The author of the idea and the Victory Waltz organizer is the chief editor of SUSU-TV television and radio broadcasting company Natalya Tuchkova. 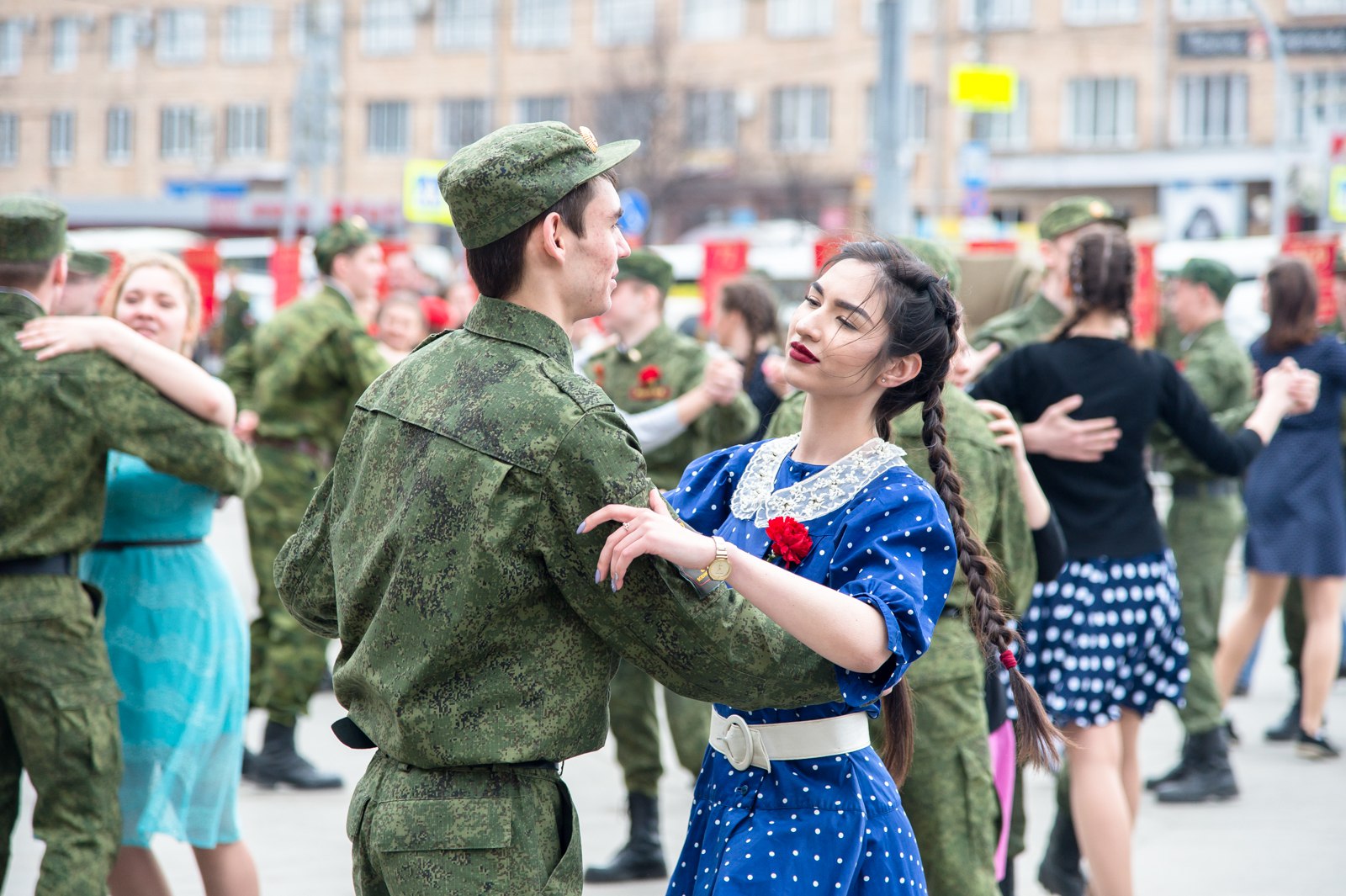 The Victory Waltz is a university-wide campaign, which the students of all the SUSU schools and institutes can take part in. The attendees of the Faculty of Military Education make great contribution into this event. This dancing flashmob has become a good tradition at our university. Such an event can leave no one unmoved, that is why the number of the participants increases year after year. In 2015, on the occasion of the 70th Anniversary of the Victory Day, 70 dancing couples performed in front of the main SUSU building, and in 2018 there were already over 140 couples.

Active preparations and daily rehearsals of the Victory Waltz started on April 15th and will be in progress for three weeks. A SUSU alumnus and a professional choreographer Tatiana Muller acts as the long-time production director.

Every year, the Victory Waltz organisers prepare a special surprise for the audience. In 2017, Ariel band sang at the event; in 2018, the campaign was supported by the military band of Chelyabinsk Higher Military Red Banner Secondary School of Flight Navigators. What SUSU will come up with this year is still kept secret.

The veterans of the Great Patriotic War and homefront workers will become the honoured guests at the Victory Waltz. This dance is a chance for the young generations to express their gratitude for the priceless heroic act of these people.

We invite everyone to attend this incredibly emotional and patriotic campaign involving a huge number of dedicated people!

Monday: 16:00 till 18:00 at the indoor stadium of the University Sports Complex.

Tuesday: 16:00 till 18:00 at the indoor stadium of the University Sports Complex.

Friday: 16:00 till 18:00 the indoor stadium of the University Sports Complex.

For questions on the participation terms and the rehearsals schedule, please visit the Victory Waltz 2019 VK page.