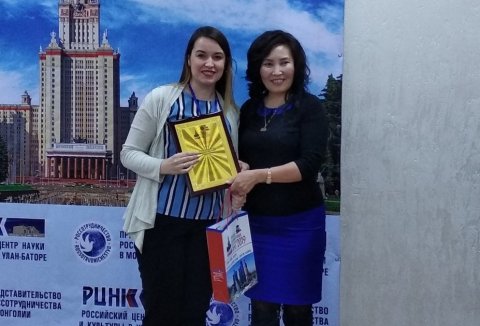 The Exhibition was held on March 14th through 16th at the Russian Centre of Science and Culture. This is a company that performs selection of university applicants for studying at the Russian Federation, including those studying upon a quota allocated by Russia. There, university applicants had a chance to talk to representatives of 36 Russian higher education institutions and choose the most interesting sphere of study.

“Mongolia is one of the few countries for which Russian Federation allocates 500 quotas for state-funded education. Here, there are many Russian-and-Mongolian schools where students learn Russian language, which allows them enrolling to higher education institutions in Russia. University applicants showed the most interest in such spheres of study as Jurisprudence, Linguistics and Humanities: Sociology, Psychology, etc.,” said Head of the International Student Support at SUSU’s International Office, Ekaterina Yurovskaya.

One of the reasons the SUSU attracted attention of applicants from Mongolia is the fact that climate of the Southern Ural is quite similar to the climate of their country by its temperature regime. Many of them considered geographic location of the university and closeness of Chelyabinsk to the borders with Kazakhstan and Bashkiria to be very important. Another advantage was the fact that dormitories of SUSU are located not far from academic buildings. 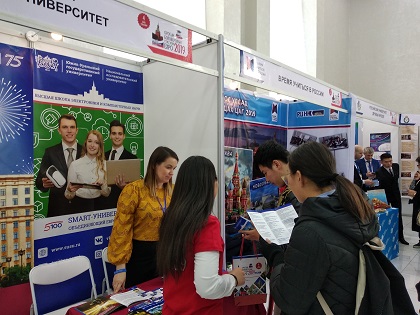 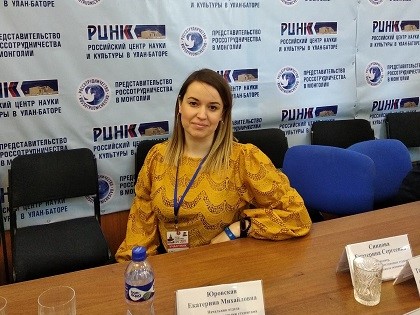 “Russian education is extremely popular in Mongolia. Upon graduation from a Russian higher education institution, many citizens of Mongolia return to their home country and get assigned for high positions, starting from ministers and finishing with executives of various organisations. Conclusion of the Exhibition coincided with the end of registrations for the quotas. Around 1400 applications have been submitted by university applicants who would like to take part in selective tests in order to get state-funded education,” noted Ekaterina Yurovskaya.

Within the exhibition, SUSU took part in a press-conference dedicated to development of education under modern conditions, where issues regarding cooperation between Mongolia and Russia as well as development of education under modern conditions were discussed. Moreover, video recording of the exhibition for sending it to MNB National Public Channel of Mongolia was carried out for the first time during the exhibition with participation of State Duma members of the Russian Federation who discussed the topic of Russian education in Mongolia.

Participation in such exhibitions and profession-oriented events is aimed at attracting international students to SUSU. This is an important direction in development of the leading university of the Chelyabinsk region as it is listed among 39 higher education institutions acting as exporters of Russian education, selected by the Government and the Ministry of Education and Science of the Russian Federation in 2017.