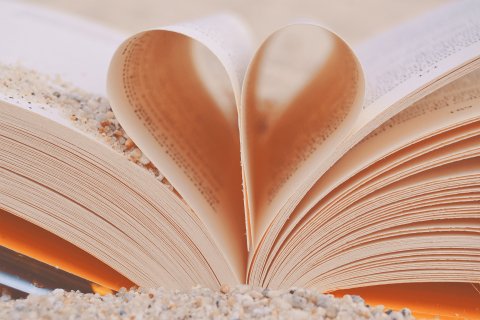 March 21 is a special day for those who cannot imagine their lives without books as the planet celebrates World Poetry Day. The best way to spend this day is, of course, to immerse yourself in reading your favourite poets and discover some new ones. It is impossible to make the ultimate list of the most talented and prominent poets of all time, as it all depends on who you ask. Below, we have devised a list of Russian “word masters’, well-known and admired in Russia and abroad. If the only poet from the list you know is Alexander Pushkin, we suggest you dig deeper and explore the other incredible Russian poets.

It would probably be hard to find a person not aware of who Alexander Pushkin is. One of the greatest writers of all time, Pushkin invented the modern Russian language. Pushkin was an exceptionally talented person as he wrote poems, political verses, historical dramas, novels, fairy tales, etc. Alexander Pushkin’s works inspired lots of outstanding Russian writers, including Tolstoy, Dostoevsky, Chekhov, and Bunin. It is believed that Pushkin dedicated one of his most beautiful poems, I Loved You, And I Probably Still Do, to Anna Olenina, his youth’s infatuation.

I Loved You, And I Probably Still Do

I loved you, and I probably still do,
And for a while the feeling may remain…
But let my love no longer trouble you,
I do not wish to cause you any pain.
I loved you; and the hopelessness I knew,
The jealousy, the shyness - though in vain –
Made up a love so tender and so true
As may God grant you to be loved again. One of the greatest poets of the XIX century, Fyodor Tyutchev wrote some of the most remarkable poems in Russian literature. Tyutchev deeply loved Russia and wrote beautiful verses describing the majestic Russian landscapes. Due to his international diplomatic missions, Tyutchev spent a third of his life abroad. He would often think about the destiny of Russia in world history. One of his most famous poems dedicated to Russia states that you cannot understand her with your mind, and you can only believe in her. Apart from his perfect depiction of Russia and its nature, Tyutchev wrote excellent love poems, some of them later transformed into songs by prominent Russian composers. In short, if there existed only one word to describe Tyutchev, it would simply be this - genius.

I Met You, And the Bygone Moments

I met you, and the bygone moments
Awakened in my fainted heart;
The good old times, like golden omens,
Warmed up my soul, giving a start...

It's like in autumn, way belated,
A day, or hour, comes to pass
When breath of spring comes, unexpected,
And... something palpitates in us.

And wholly filled with inspiration
By all those hearty years and dates
With long forgotten exultation
I look at your amazing traits...

Like after years of separation
I stare at you, as if in dreams, –
And now... I hear the augmentation
Of never ending sounds, it seems.

It's not just simple recollection,
It's life that has begun to chat, –
The same old charm and admiration,
The same old love deep in my heart! 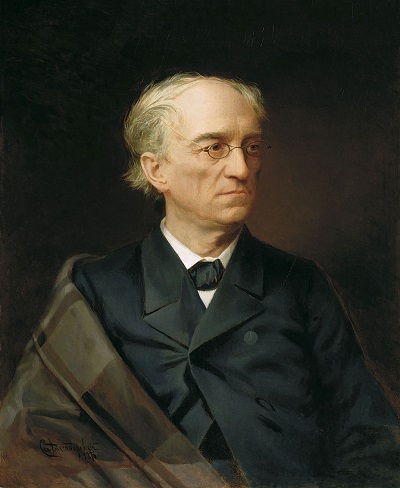 A victim of the revolutionary era, Yesenin’s short life was tragic. He was addicted to alcohol, and all his marriages failed. Yet, during his life, Yesenin was admired for his beautiful poetry, and his touching verses about simple joys and love continue to win people’s hearts. Russians have dubbed Yesenin their favourite “hooligan poet” for his flamboyant lifestyle and desire for self-destruction.

The tired day droops, slowly waning,
the noisy waves are now tranquil.
The sun has set, the moon is sailing
above the world, absorbed and still.

The valley listens to the babbles
of peaceful river in the dale.
The forest, dark and bending, slumbers
to warbling of the nightingale.

The river, listening in and fondling,
talks with the banks in quiet hush.
And up above resounds, a-rolling,
the merry rustle of the rush. Among most prominent Russian poets stands Bella Akhmadulina, whose bold poetry and exuberant performances attracted thousands. Akhmadulina was a fierce proponent of free speech and human rights during the Soviet period. The Soviet authorities, although banned her poetry, could not shut her up as Akhmadulina turned to international media. In her poems and prose, Akhmadulina vividly portrayed true friendship, love, and people’s relationships. For Russians, Bella Akhmadulina remains a literary treasure touched by the hand of a muse.

Don't mourn for me - I shall survive –
The kind convict, the somewhat happy pauper,
The frozen southerner inside the Pole Circle,
The angry northerner in the consumption's locker
On the mosquitoes South - I shall survive.

Don't mourn for me - I shall survive –
The little lame-one, begging in the parvis,
The drunken-one, that's left amidst the tables,
And this one, daubing just the image Marie's,
That God's bad painter - I shall, yet, survive.

Don't mourn for me - I shall survive –
The girl, in rules of grammar-books unblemished,
Which, in the future undefined and selfish,
Like a dull fool, under my fringe, the reddish,
Will know my verse. For sure, I will survive.

Don't mourn for me - I shall survive –
The one who's kinder than the fresh wounds' nursing
Under the crazy military bursting,
Under the star of mine, that's ever glossing…
In any way … I'll really survive. 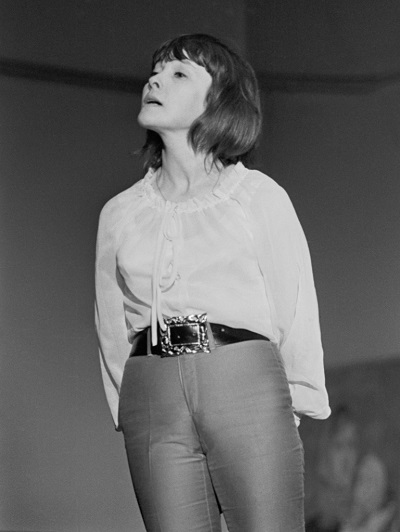 Vladimir Vysotsky became a legend of the Soviet music, theatre, and cinema. His songs gained iconic status and became timeless hits. It is hard to classify his works as Vysotsky broadened the horizons of music.  Being “voice of the nation”, as Vysotsky was called, his works were banned by the Soviet authorities, but it did not stop ordinary people from admiring them. Even today people still find Vysotsky’s verses highly relevant and enjoy them long after his death.

He Hasn’t Returned From the Fighting

Why has everything changed? Life goes on as it should…
There's the sky over us, blue as ever,
As before there's the air, the water, the wood…
But he's lost in the fighting for ever.

I do not understand who was right, who was wrong
In disputes that we had, rather biting.
It was not until now that I started to long
For the one who did not come from fighting.

He'd be awkwardly silent, he'd sing out of tune,
And his absence of mind was exciting,
He would not let me sleep, sitting up by the moon…
but last night he did not come from fighting.

I'm destitute now, and I've just touched the ground,
It occurred to me: I'd been beside him…
And I felt as if I had my fire blown out
when he didn't return from the fighting.

Like a prisoner from jail, spring has broken away.
By mistake I addressed him now, shouting:
"Got a lighter, old man?" -- but what could he say? –
If last night he did not come from fighting.

In the dugout we had room enough to get by,
And for both of us time would be sliding…
But now he is gone, and I think it was I
Who did not come alive from the fighting.