Institute of Natural Sciences and Mathematics: Successful Start into the Stable Professional Future 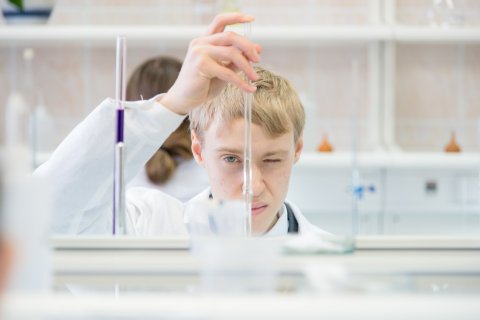 South Ural State University is a higher education institution which performs training of leaders in all spheres of professional activity. SUSU’s Institute of Natural Sciences and Mathematics provides fundamental knowledge in the sphere of mathematics, mechanics, programming, physics and chemistry. Alumni of the Institute of Natural Sciences and Mathematics (INSM) are programmers-and-developers, business- and web-analytics, research fellows, physicists and engineers in the sphere of electronics and nanoelectronics, and specialists in chemical and environmental engineering. Students who graduated in such majors as Mathematics and Mechanics, Chemistry and Physics are especially in-demand abroad; this is exactly what attracts international university applicants.

“The Institute of Natural Sciences and Mathematics (INSM) of South Ural State University brings together fundamental training and modern technologies. These exact components provide competitive ability of our alumni during their entire professional career. Our alumni are in-demand both I Russia and abroad, because educational programmes of the INSM are based on the world’s best educational experience, as well as on achievements of science and technology,” notes Director of the Institute of Natural Sciences and Mathematics, Doctor of Sciences (Physics and Mathematics), Alevtina Keller.

Nowadays, the Institute of Natural Sciences and Mathematics includes 350 academics and administrative staff; more than 200 among them are doctors and candidates of sciences, 1200 are students; there are also 23 laboratories equipped with advanced equipment, 9 Departments, 10 majors for Bachelor’s studies and 7 majors for Master’s studies. 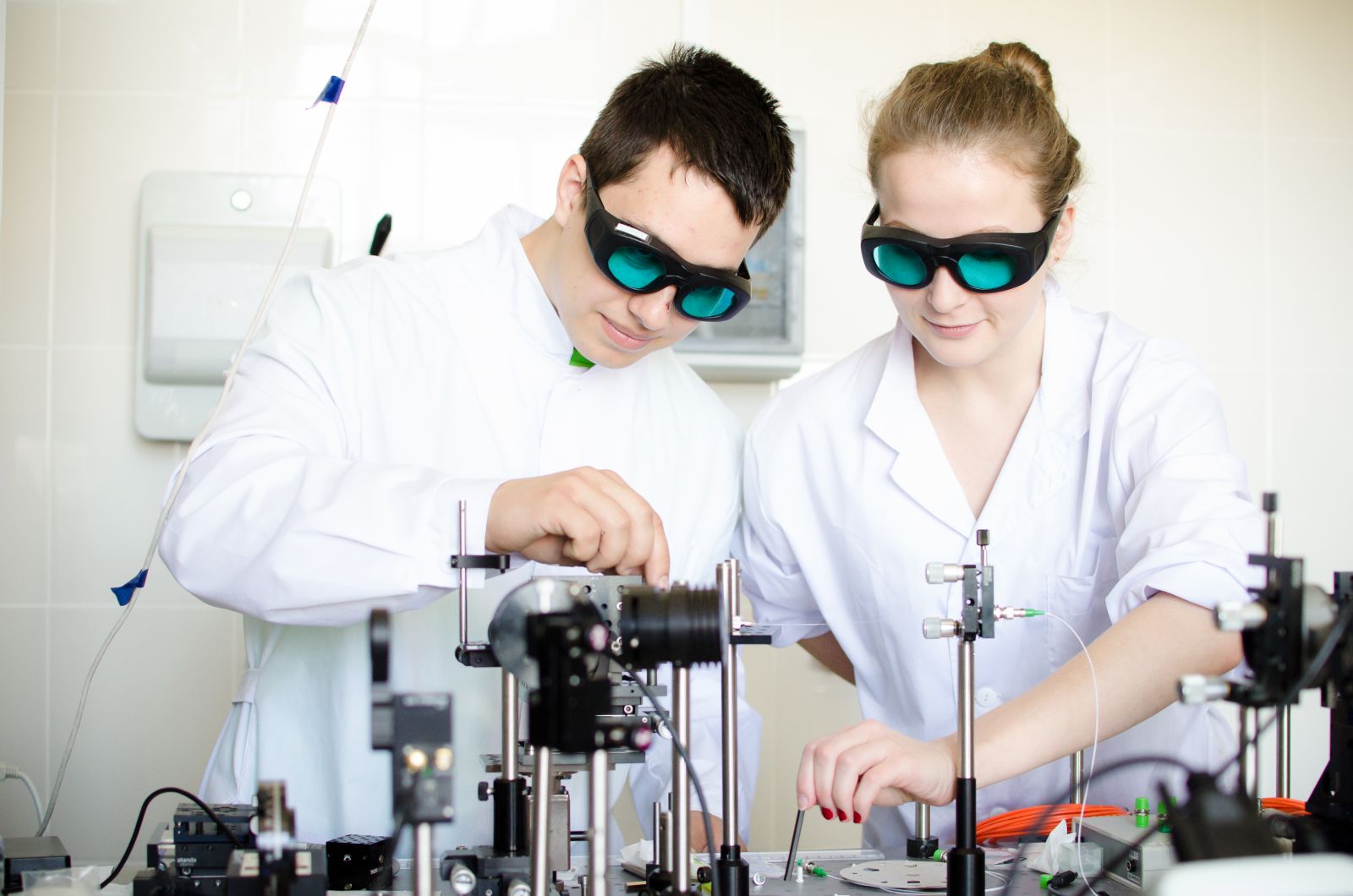 Demand for the alumni

Alumni of the INSM work in various spheres of economy of Russia and foreign countries. Programmers with good mathematical skills are required everywhere, especially when developing software and solving complex problems which require application of mathematical methods and models. Business analysis and Internet analysis specialists are demanded when working with data bulk and its analysis in order to ensure managerial decision making. Among employers cooperating with the INSM are leaders in the sphere of information technology, such as Naumen Company Group, 3DiVi software development company, Laboratory of Software Products LLC, and many others.

Chemists and ecologists get employed to research and development institutes and laboratories, including the ones in regulative bodies and industrial enterprises. Among employers are Rosprirodnadzor, Centre of Laboratory Analysis and Technical Measurements in the Ural Federal District, regional Ministry of Ecology, Hygienic and Epidemiological Centre in the Chelyabinsk Region, Centre of Labour Protection and Environmental Safety, BVK JSC, VSMPO-AVISMA Corporation, Signal JSC, Aleksandrinskaya Ore Mining Company OJSC, Chelyabinsk Electronic Plant, general education institutions, etc. Among industrial giants they are ChTPZ, KONAR, ChEMK, Metran, etc. Besides, many alumni work in consulting and project organisations such as Ekoresheniya (Environmental Solutions) and YuzhUralPKB.

Alumni of the INSM are research engineers and experts in maintenance and operation of computer systems of large industrial enterprises. Many of them work in laboratories of large global-scale research centres in Russia and abroad; some of them are successfully handling their own businesses.

Studying at the INSM is a tedious everyday labour, laying a foundation of one’s professional career. Students learn correctly solving problems in a limited time; at that, many important personal qualities encouraged in any company – responsibility, stress resistance, confidence - get formed. Quality of education is proved not only by the alumni’s success but also by students who become winners in various international and all-Russian subject-related Olympiads, individual and team championships in programming, and in tournaments in natural sciences. Five times teams of programmers made it to the final of the world’s championship in sport programming among students. EVERY YEAR students of the INSM take part in 20 large-scale international and all-Russian subject-related Olympiads and tournaments. In 2018, students of the INSM got 4 golden, 16 silver and 14 bronze medals. Our students Mikhail Medvedyev, Marina Vasilenko, Ekaterina Anikina and Aleksey Basmanov have more than 30 awards each.

At the Institute, students not just master competencies intended by the major; here they acquire fundamental knowledge in many spheres of natural sciences and mathematics. A student of the INSM who took part in I Am the Professional All-Russian Olympiad of students majoring in nuclear physics and technology, Mikhail Dryazgov, noted:

“Despite the fact that such a topic as Nuclear Physics and Technology is hardly related to the major of the Department of Optoinformatics where I am studying, the knowledge acquired in the process of studying at SUSU are quite extended and profound, which allows us applying them in various spheres of science.” 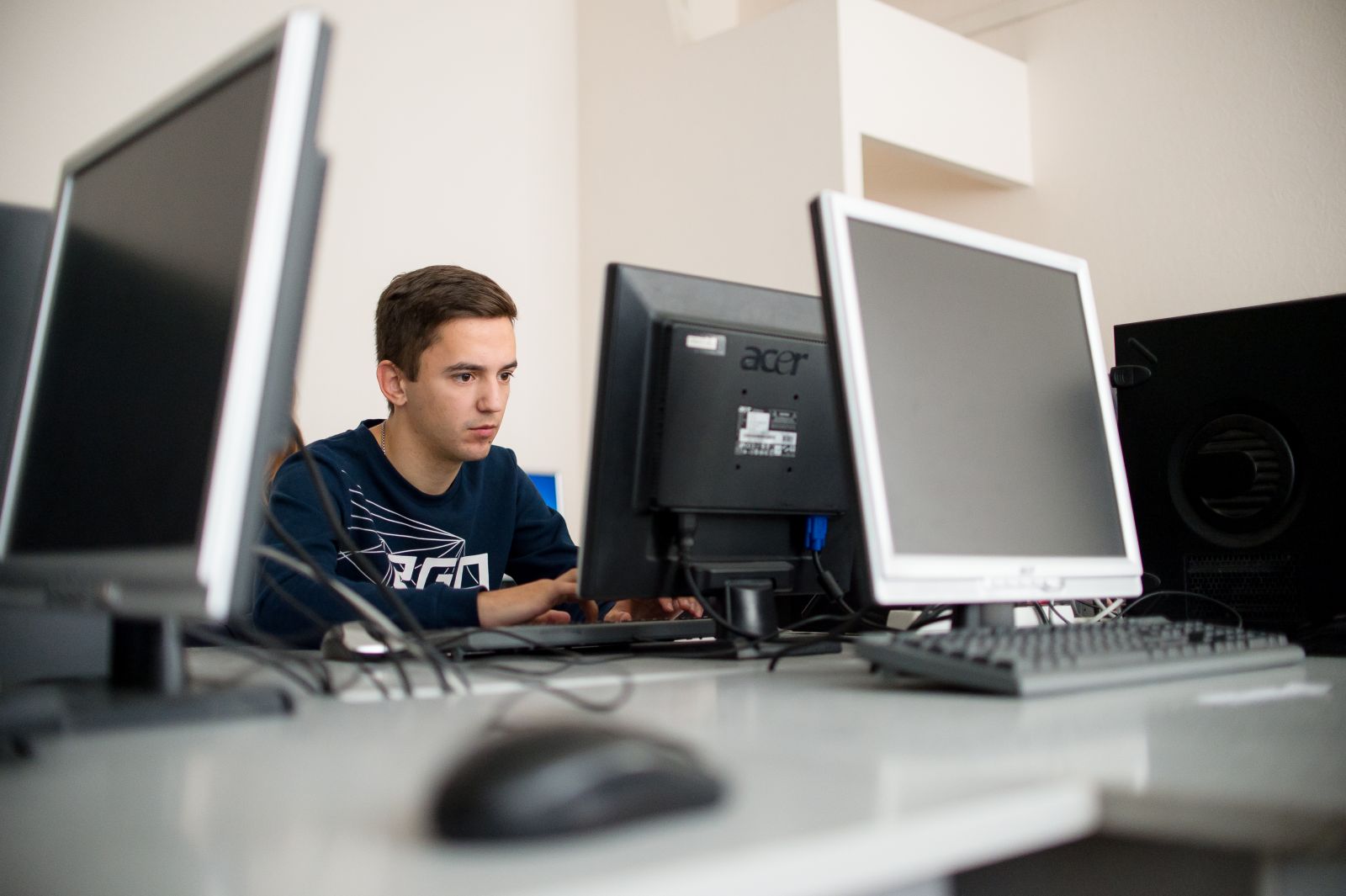 Moreover, students of the INSM take part and become winners in various research projects and contests. For example, the Institute’s team took the 2nd place in a contest of research projects held by SMS Group company, the world’s leading manufacturer of metallurgical equipment, and obtained 1 000 Euros to promote its research activity.

Research papers of students and research fellows of the INSM get published in journals which are peer-reviewed in the largest international databases such as Scopus and Web of Science. Specifically, a research work in the frameworks of the governmental assignment by the Institute of Electrophysics of the Ural Division of the RAS is being implemented in the sphere of Applied Mathematics and Physics.

Within project-based learning, Master’s degree students of the INSM take part in a project targeted at development of a new technology for removal of oxidation-resistant organic pollutants out of the water by their oxidation using a catalyst and their further transformation into simple harmless compounds. While working over the project, students acquire skills of working in a team, apply their knowledge in practice, and solve the serious ecological issue. Ordering customer of the project is Magnitogorsk Iron and Steel Works PJSC.

“Students, who successfully combine their study with research activity and Olympiad training, always get properly supported at our university. This includes enhanced scholarship, financing of trips, and beneficial trip tickets. Thanks to their success, they obtain grants, get scholarships granted by the President of the Russian Federation, Russian government, Governor of the Chelyabinsk region, Administration of the city of Chelyabinsk, and the University Council. INSM of SUSU is the Institute in which the boldest dreams are brought into reality,” notes Deputy Director of the Institute of Natural Sciences and Mathematics, Sergey Sozykin.

The world of big science

INSM includes Faculties of Chemistry and Physics, as well as the Faculty of Mathematics, Mechanics and Computer technology. All of them have a long history and brought up a lot of famous scientists over the time of their operation. This proves the level of education and prospects of growth in the global scientific environment.

One of SUSU’s former students, Ruslan Vaulin, graduated in the major of Applied Mathematics and Physics and has become the co-author of gravitational waves discovery. After his graduation from the university, he got admitted for postgraduate studies of the Faculty of Physics at Florida Atlantic University (USA). In 2007–2015 he was a member of LIGO (Laser Interferometer Gravitational-Wave Observatory) Scientific Collaboration which had been developing a unique technology of discovering gravitational waves emitted during collision of astrophysical objects such as black holes and neutron stars. The apex of this work was detection of the first signal emitted by collision of black holes in 2015 and a signal emitted by collision of neutron stars in 2017. These historical events signified discovery of a new era in astronomy: the era of gravitational waves. Contribution of the scientist and his colleagues was acknowledged by a special award for a breakthrough in fundamental physics in 2016. At the moment, Ruslan Vaulin is a senior research fellow at Amazon Web Services, and together with a team of technicians he introduces inventions intended to create a system for protection of Internet networks and computer cloud.

Another SUSU alumnus is a famous mathematician Olga Golts. Having graduated from SUSU’s Department of Applied Mathematics and Programming, she completed her postgraduate studies in the USA, worked as a professor’s assistant in the University of California in Berkeley and solved numerous mathematical problems that no one before her could solve. In 2006, Olga Golts was granted the international Sofia Kovalevskaya Award, one of the most major awards intended for conduction of prospective research. For this purpose, Olga Golts was assigned 1 000 000 Euros and a termless professorship contract at the Technical University in Berlin. Olga Golts supervises a group of postgraduates and PhD students; together with them, she works on solution of complex mathematical problems. One of the projects is a problem on acceleration and simplification of calculations that can be used, for example, in aircraft engineering or pharmacology.

Nowadays, SUSU has Nanotechnology Research and Education Centre equipped with brand-new equipment and capable of solving a wide range of scientific problems. By working there, students get familiar with mechanisms for controlling formation of nanoparticles, as well as study their properties together with methods of creation materials with preliminarily set characteristics. Also, the Institute of natural Sciences and Mathematics includes the Laboratory of Organoelement Compounds, the Crystal Growth Laboratory, the Laboratory of Multiscale Modeling of Multicomponent Functional Materials, the Laboratory of Interferometry, etc.

Institute of Natural Sciences and Mathematics is an excellent choice for those who wants to make a successful career, engage oneself into the world of big science, conduct unique research and change the world for the better!