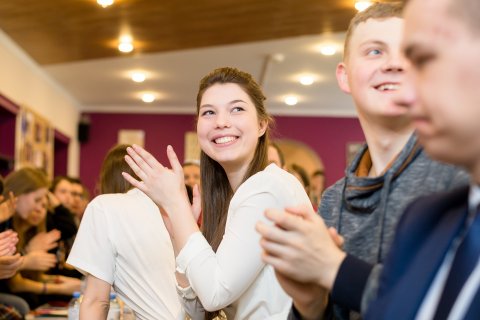 On February 28th an intellectual event in the form of a quiz was held at the Volunteer House of South Ural State University.

A quiz is a trivia game, a team competition to test logic, mental agility and quick wits. In the recent years quizzes have become very popular and are held as part of many events all over the world.

Students of South Ural State University are no exception, so they took part in this funny game. Vice-Rector for Student Affairs Vyacheslav Burmatov explains why extracurricular activities and such events are important for student life.

“SUSU constantly keeps track of the new format being popular with young people, so that those could be used for extracurricular activities. Quizzes are now more popular than ever: they require logical thinking, extensive knowledge, and ability to make decisions quickly. Such game format is a strong team-forming factor. Sure, students will make use of these skills in their future as well.” 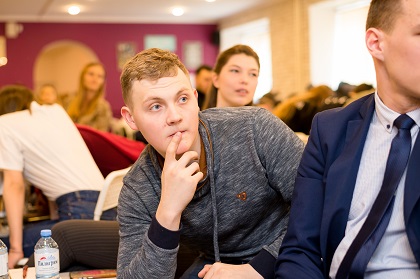 Among the event participants were the enthusiasts of the SUSU schools and institutes. Having beforehand teamed up into 15 groups with 6 people in each one, students came up with the names for their teams and were provided with game tablets.

“This game is called Sherlock House, and it was created and developed in Minsk. It features a unique content and interesting questions. Each team had their own tablet, so the typed in answers were counted automatically. The questions covered very different topics, that is way the game was quite dynamic. We did not know who would win till the very end,” shares the intellectual game organiser Evgeny Daineko.

The organiser notes that you do not need to have encyclopaedic knowledge to play this game. On the other hand, the game did not require logical skills, but rather the breadth of knowledge. The trivia consisted of 9 rounds with 3 to 10 questions, and one minute was given to give an answer to each question.

Leader of the winning team of the Institute of Natural Sciences and Mathematics Maksim Motovilov shares his impressions after the intellectual trivia.

“Till the very last moment we could not tell who would become the winner. Our rivals were breathing down our necks, and there was a minimal margin in the scores. Right before the final round we summoned all our strengths to snatch the victory from the jaws of our rivals.”

I believe that for a team to become winners every member must actively participate in the process of the competition and must have a will to win. I am sure that the combination of these factors was what helped us win. Our team is very grateful to our university for giving us such great opportunity to participate in a quiz!

According to organisers, the number of those willing to take part in this game had exceeded all their expectations, so this format of recreation activity will continue to be used and will be scaled-up in the future.

The three winning teams were awarded free passes to an escape room game. 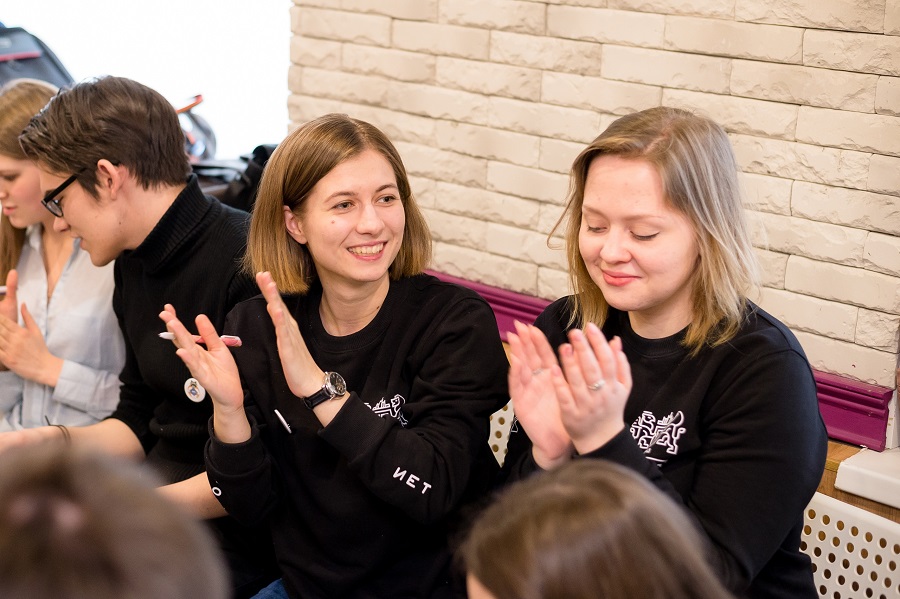