SUSU Association of International Graduates Holds a Competition among the Students 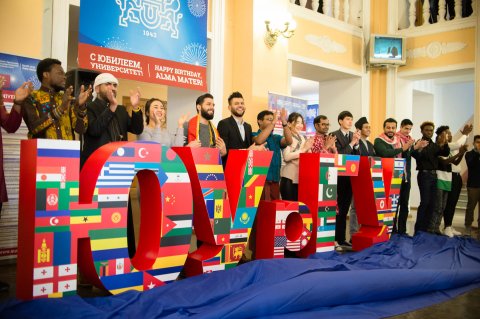 Association of International Students supported by International Office  holds a Competition among the students. The participants have an unusual task – to create a cover for a graduate photo album. It is worth noting, that the photo album is intended primarily for the foreign graduates.

“I would like that after graduation from the university, our graduates remember the university that they studied at. For example, they open such a photo album designed by their compatriot, smile and plunge into memories of the student life,” comments Olga Yaroshenko, Vice-Rector for International Relations.

There are no strict frameworks and regulations for the participants of the competition; any language can be used – English, Arabic, Chinese, French, and so on. In addition, the work for competition can be prepared in any graphic editor. Applications are accepted via email to chachinavk[at]susu[dot]ru, where applicants should indicate their name, first name and contact phone number in the letter. It is possible to hand over the work on a memory stick in office 353 of the University Main Building.

The judges represented by the university staff will decide on the winners.

On February 28, the results will be summed up. All the participants will receive the prizes and the winners will receive special gifts with the SUSU symbols. The best works will become the covers for the SUSU graduate photo album.