A celebratory concert was held at South Ural State University’s Activity Hall on February 4 on the occasion of Chinese New Year. In Chinese culture, the New Year (Chun Jie) is translated as Spring Festival and is the most traditional and important holiday of the Celestial Empire; the holiday has been existing for more than 2 000 years. This holiday is annually celebrated at SUSU: students from China prepare artistic performances as well as perform national songs and dances. In 2019, the holiday was to be celebrated on February 5, therefore international students decided to organise the Festival on the day before.

The celebratory ceremony featured representatives of the Rector’s Office as well as of International Office and the Institute of Linguistics and International Communications. 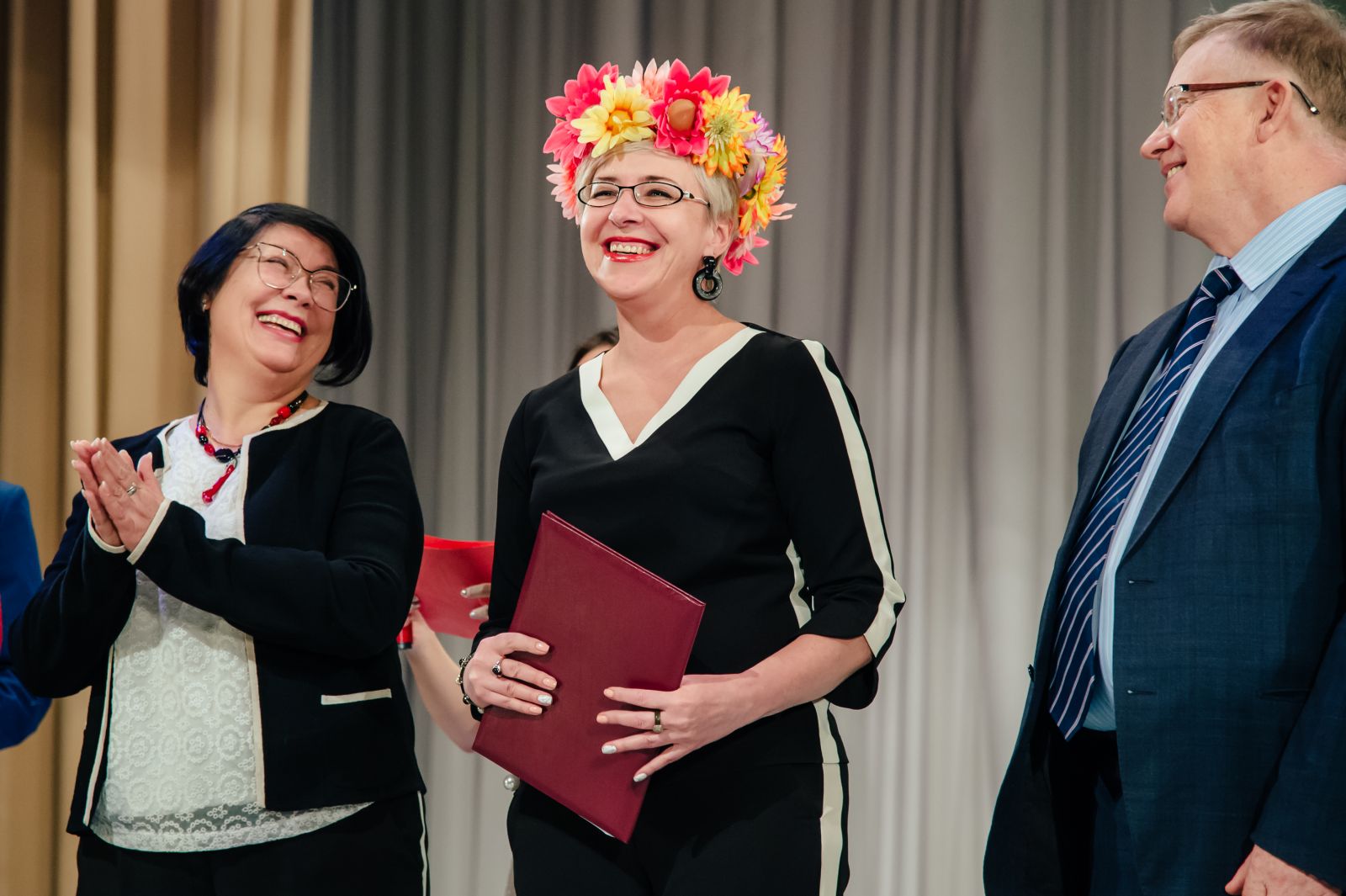 Rector of SUSU, Aleksandr Shestakov, addressed guests and participants of the event with a welcoming speech.

“Dear students from China and all international students from 52 countries around the world who are studying at our university! Allow me to congratulate you all on the upcoming Chinese New Year. Russia is a unique country which can celebrate New Year several times and this makes our lives more enjoyable and contributes to our good spirits. I wish you to be healthy; I wish Russian freezing weather would not freeze your souls or your relationships with your friends. Study well and be successful in your countries. Happy New Year!”

Another celebratory speech was delivered by SUSU’s Vice-Rector for International Relations, Olga Yaroshenko.

“Happy Spring Festival, dear friends! I hope that despite the fact that you are far away from home, SUSU and all its administrative staff and academics have become good mentors for you and made you feel almost like home. Happy holiday!”

On the stage of SUSU’s Activity Hall, students from China introduced traditional ways of celebrating the main day of the year to the event guests. Students presented colorful performances, including national and contemporary songs in Chinese, including the ones in Guangdong dialect, and various performances featuring dancing and playing musical instruments. Students talked about their home country, its traditions and cultre in both Russian and Chinese.

One of the organisers was postgraduate student of the Institute of Linguistics and International Communications, Olga Jin.

“In our calendar, February 5 is like January 1 in Russia. We invited many guests: the Rector and all Vice-Rectors, Directors of Schools and Institutes, and, of course, all students. We would like to congratulate not just each other but all guests; we wish them happiness, prosperity and health!” 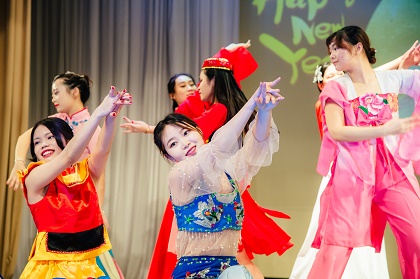 The celebratory concert concluded with a group photo on the stage of SUSU’s Activity Hall, featuring New Year crackers and thundering applauses.

As a note, the reason that SUSU pays special attention to national holidays of the People’s Republic of China is in the fact that the number of students from China is constantly growing. Presently, there are 213 Chinese students studying at SUSU within general education programmes only (last year there were 147 of such students). Moreover, many students from China are studying at the Faculty of Pre-University Training. 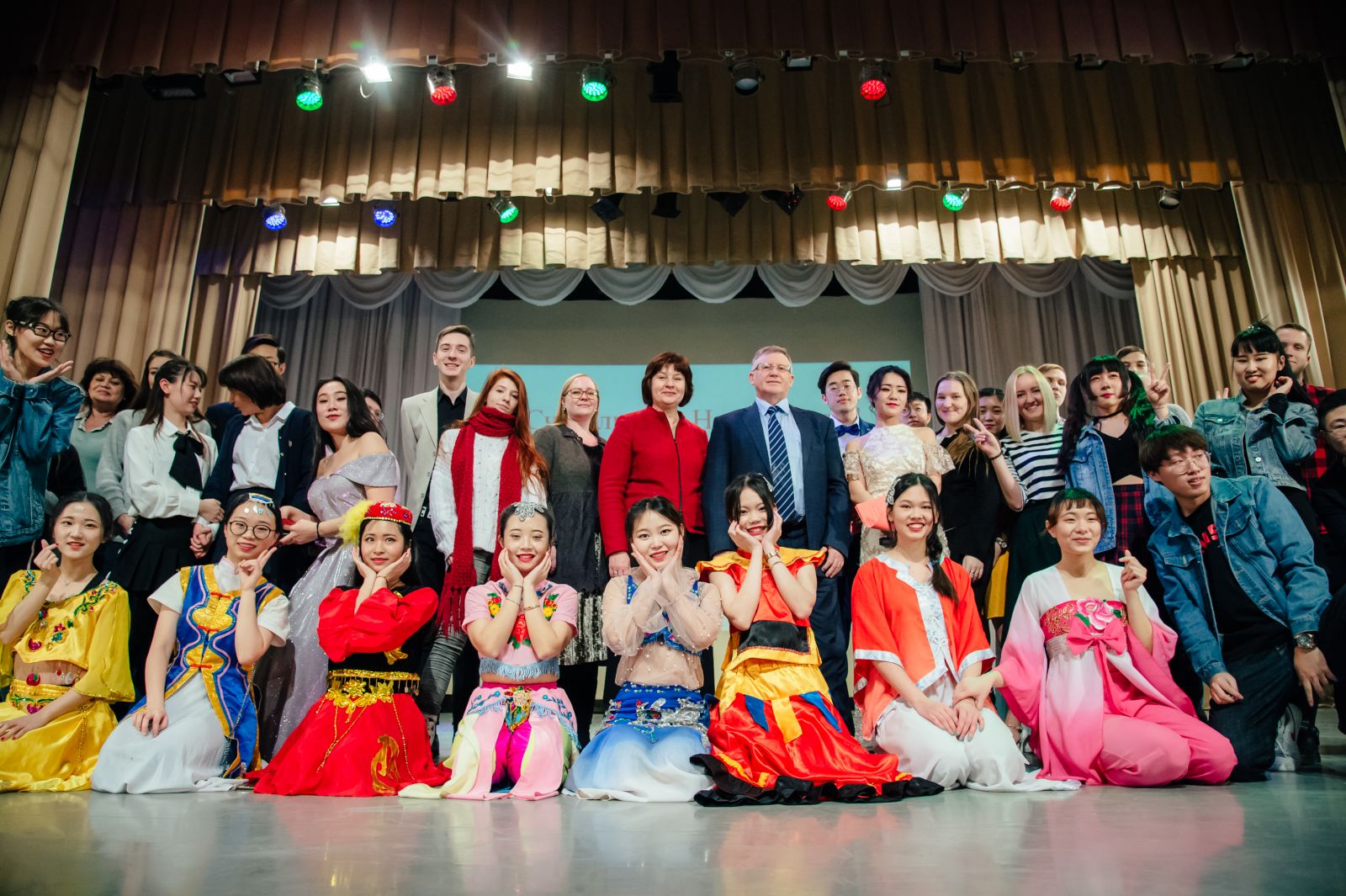