An event within celebration of the Day of Russian Science was held at South Ural State University on February 7. Experts talked about secrets of a successful science startup. On the first day within the Day of Science celebration, students, postgraduates, representatives of small innovative enterprises and partners of SUSU gathered in Sigma academic building.

The Rector of SUSU, Aleksandr Shestakov, offered a welcoming speech.

“We are setting the goal to fulfill SUSU as an entrepreneurial university, so that the work executed here would be applicable for industries. Using results of research activity – invented methods, technologies, equipment – in the industry will provide a boost for development of manufacturing in our region. Inventions which are being developed at SUSU should be on the frontline of the industry’s demands. We are developing perspective research areas within cooperation with internationally acknowledged scientists and the largest industrial partners.” 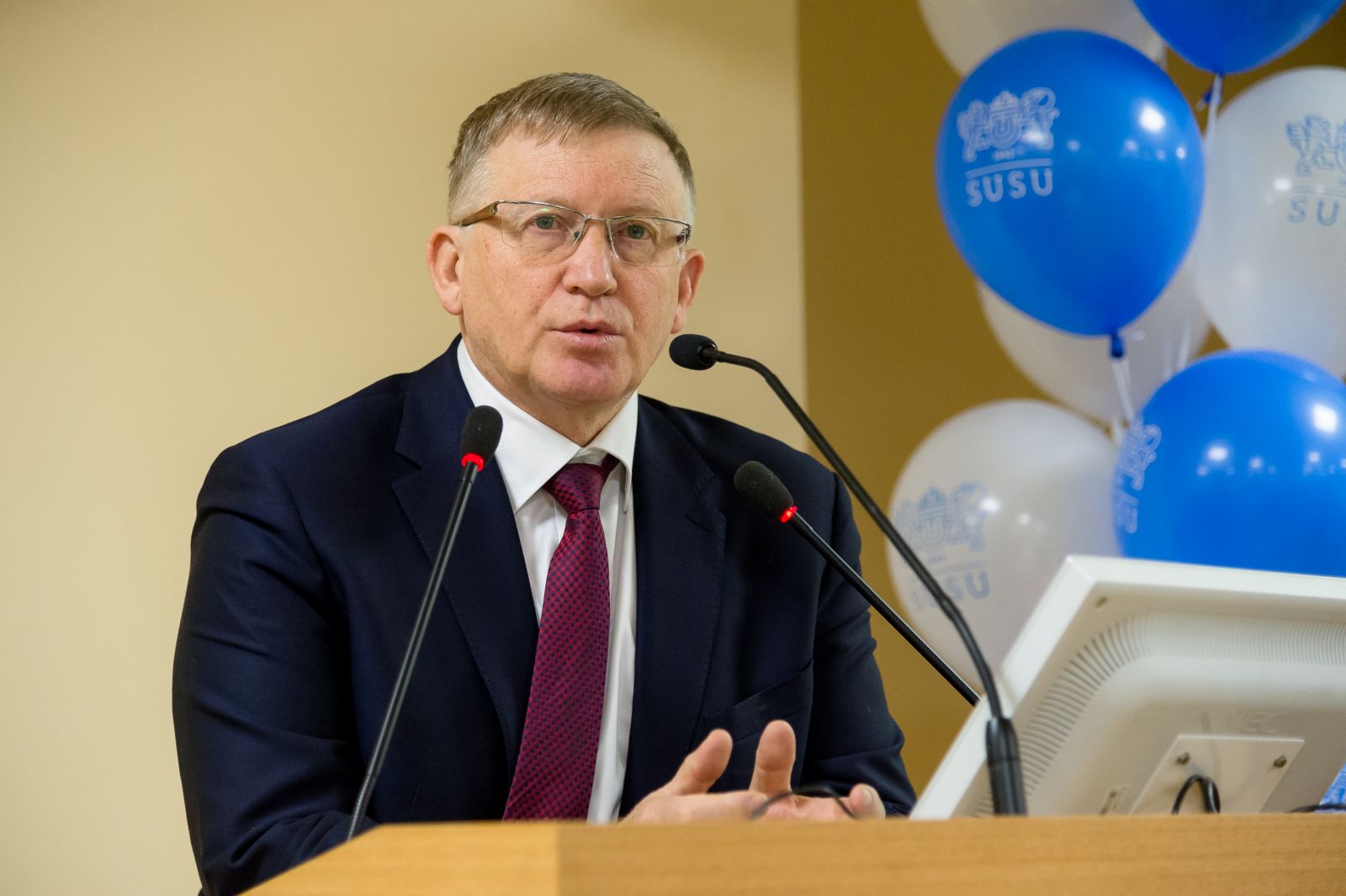 On the first day, a Conference was held and all who were willing had an opportunity to learn the stories of success in startups and innovative activity. The key topic of the event was development of successful research projects, demanded on the market of goods and services.

Among the invited speakers was Pavel Bilenko, the Head of Industry 4.0 educational programmes at Moscow School of Management Skolkovo, Director General of TEKNER Engineering Centre, who has more than 15-years-long experience of working in the sphere of manufacture and mechanical engineering.

“My speech concerned startups, ecosystem of technological entrepreneurship, and interaction between corporations. We discussed how to establish a strong innovative ecosystem in Russia. In this regard, interaction with universities is very important, and I was happy to see how many currently active research initiatives there are at SUSU. Research laboratories here are very powerful, and research teams are energetic and advanced. It is important for us to maintain such interrelations in research and entrepreneurial projects. SUSU graduates come to Moscow School of Management with projects that are important for today’s economy. These people are bursting with ideas and want to change the world for the better. Many of them have already started their own business, contributed to establishment of the technological entrepreneurship’s ecosystem, and founded companies which are developing the country’s economy,” said Pavel Bilenko. 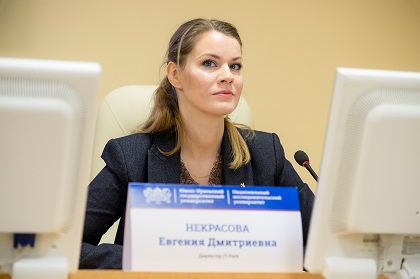 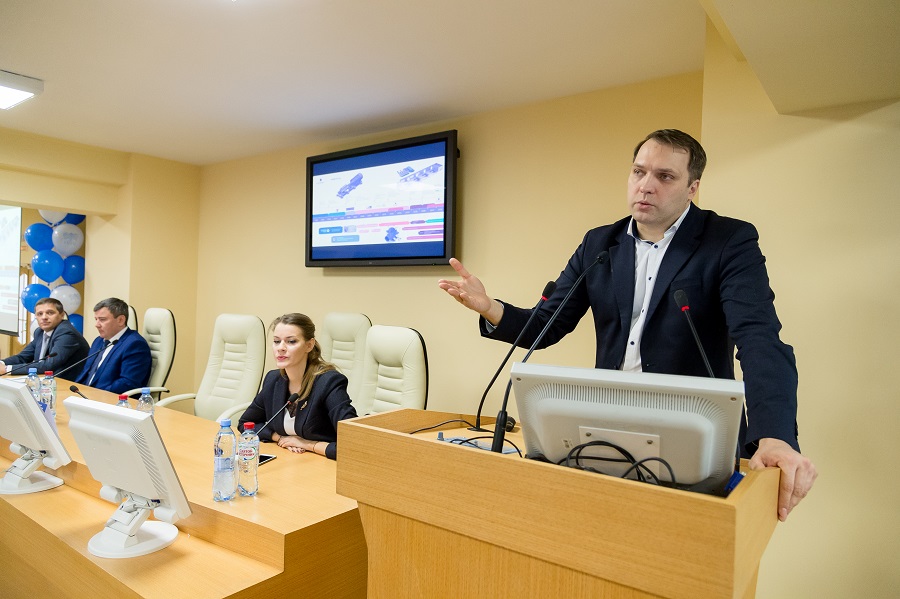 Other speakers who presented their reports to the guests were regional representatives of Skolkovo in the Ural region: Director of the Chelyabinsk IT Park, Evgenia Nekrasova, and Director at Business Incubator of the IT Park, Aleksey Piskunov. They talked about mistakes made by people with interesting science startups as well as about tendencies existing nowadays on the market of startup projects.

“SUSU is one of leading universities in Russia and many projects originate precisely at this higher education institution. We receive many interesting projects from SUSU students who then send applications to Skolkovo. We cooperate with the university; in particular, we provide assistance to young entrepreneurs. The strongest assistance is carrying out an expertise. Expertise at Skolkovo is very strong though its price is very expensive – half a million rubles and more. By applying to us, authors of projects can get an expertise for free, regarding the fact that they get evaluated by more than 500 experts representing various spheres. An expert advice gets provided regarding upsides and downsides of a project and further actions of its author. This is how young entrepreneurs start to understand the vector of development,” said Director of ITPark, Evgenia Nekrasova.

In a conclusion of the first day of celebration, a presentation of successful SUSU projects within such programmes as NTI-Development, START and UMNIK was held. Winners of the programmes demonstrated their inventions and projects which had obtained grants for their further development.

“We support our young people in their research and attract students to research activity by, in particular, holding master classes on commercialisation of scientific inventions and their presentation at Russian and international levels. Within the Day of Russian Science, we show the best achievements of our young research and academic staff as well as their projects presented within such programmes as UMNIK, START and NTI-Development, for which they’ve obtained grant support for further development of their research activity,” said Vice-Rector for Research, Aleksandr Diakonov.

Let us remind you that a business game entitled “Develop your Digital Space project” is to be held in the frameworks of the Day of Russian Science on February 8. In the first part of the game, future or already-accomplished young scientists will learn correct formatting of applications for contests. The practicum is to be held by Head of the Project Development and Administration Office at the Research and Innovation Services, Evgeniy Vodyanitskiy. The second part will regard the issue of How to wrap an idea; the moderator will be Head of the Patent Office at the Research and Innovation Services, Natalia Melnichuk. In the third part, event participants will learn how to introduce a product to the market with the assistance by an outstanding 5-year student of the SUSU Faculty of Aerospace Engineering, Kirill Khazhiakhmetov, who had completed his study at the School of Management at Moscow Aviation Institute. Winners of the business game will be awarded with prizes.

For the reference, the Day of Russian Science, the holiday approved by the Presidential Decree back in 1999 is celebrated at SUSU annually.