On December 25th the annual celebration of Tatiana Day was held at South Ural State University. Students and academics of the university took part in this festive event.

“My congratulations to all students on this wonderful holiday, Tatiana Day! The whole Russia celebrates this holiday. This day I wish students to successfully pass all exams, and never leave any unfulfilled exam requirements. I’d like to also wish you to be active in the university life, as our university is providing you with education, is trying to instil cultural values, is teaching you to do science, and introducing you to sports. Our university is doing its best so that in your future life you could be competitive, smart, and worked on promoting and developing our country. And the international students of SUSU, once becoming very good specialists, may return home to successfully develop their countries. Happy holiday, dear students!” 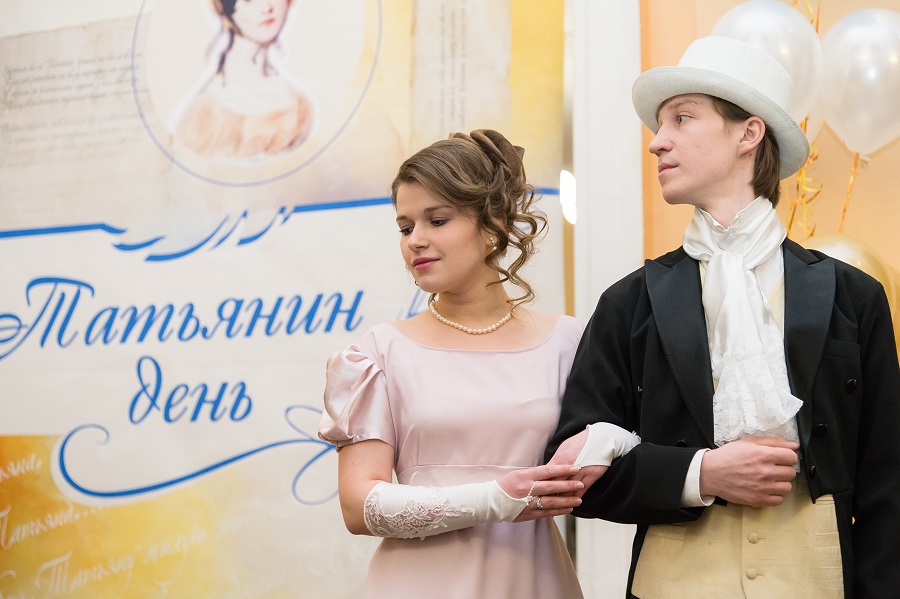 To celebrate the Russian Students’ Day, a games programme with the elements of theatrical performance was held. The audience learned about the most famous Tatiana characters from literature: Tatiana from Alexander Pushkin’s Eugene Onegin, Tanyusha from Pavel Bazhov’s The Malachite Box, and Tanya from the poem by Sergei Yesenin.

One of the creative performance participants was a SUSU student Valeria Kobylina, who played the part of Tatiana from Eugene Onegin.

“I was happy to play Tatiana from Eugene Onegin, because I feel related to her: she’s soft, romantic, and she’s the epitome of the Russian soul and Russian beauty. Student years are a golden period of life. A whole lot of opportunities are open before students, not only in studies, but in creativity as well, and in many other spheres of life. I really enjoy being a SUSU student!”

Based on the three literary works by the great classical authors, an intellectual battle was held between academics and students, which has already become a tradition. The participants demonstrated their knowledge and were awarded with souvenirs. 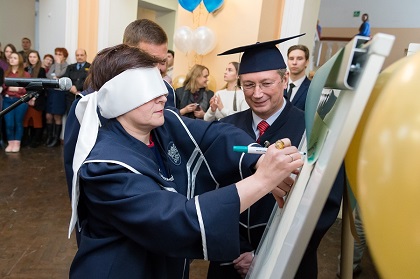 On the occasion of Tatiana Day SUSU Rector Aleksandr Shestakov traditionally grants three wishes of students. Anyone could tell the Rector about his/her dream; the main condition was that these favours were about the suggestions on improving the academic process, organisation of the university events, improving the accommodation conditions in the Campus, or expanding the extracurricular activities of students.

“This year I have received a lot of suggestions from our students, and have traditionally announced the three wishes, which I promise to grant in the course of the year. The first one is to arrange zones for recreation and socializing in student dormitories. The second one is to engineer an interactive display, which will help study the Campus map, as well as learn information about the best students of our university. And the third one is to reconstruct the sports ground in Olimp student camp.”

An honorary guest of the festivities, State Duma deputy Vladimir Burmatov also delivered his congratulations on Tatiana Day. He noted that on the Russian Students’ Day it is nice to recall the greatest achievements of the students of the university.

“SUSU is a flagship educational institution of the South Ural region. Over the recent month the university has become the leader in several big projects. The university obtained a lot of grants within the Student Initiative project and became the winner of grants as part of its collaboration with Skolkovo Foundation. The support that Skolkovo Foundation renders to SUSU includes hundreds of millions of roubles for obtaining grants aiming at scientific research and projects of the university scientists, among whom are not only experienced postgraduates, but also junior-years students.”

The teams of the SUSU Recreation Centre performed at the event. They showed both dance numbers and vocal ones, which included the iconic student hymn in Latin, Gaudeamus Igitur. 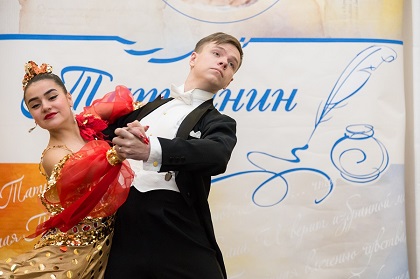 As part of Tatiana Day’s celebrations, a photo exhibition was opened, the author of which was a 2nd year student of the Institute of Architecture and Construction Matvey Yavorsky. The young man started as a photographer while still studying at an 11th grade in high school, it was also back then when he bought his first photo camera on the money he had saved. According to the student, he never attended any photo courses and learned everything on his own.

“I began taking pictures my own way, just sometimes asking for advice from experienced photographers. I tried copying shots from other people, and over time I grasped the idea of how a shot should be framed. Guys from the Extracurricular Activities Department suggested to organize this exhibition, and that was the moment when I felt that my work was really being recognized.” The photographer explained that his works depict the best moments of his student life, those moments, which he is grateful to his alma mater for.

“I liked the creative approach of the young man, who can capture the emotions and bright moments of life,” shared his impressions from the photo exhibition SUSU Aleksandr Shestakov. “I wish new creative success and good studies to Matvey!”

The celebrations wrapped up with a festive Russian party with games, amusements, and a Kaby Ne Bylo Zimy… song performed by the SUSU pop song group.