Fuel Made of Wastes: Scientists are Burning Plastic with Ultraviolet 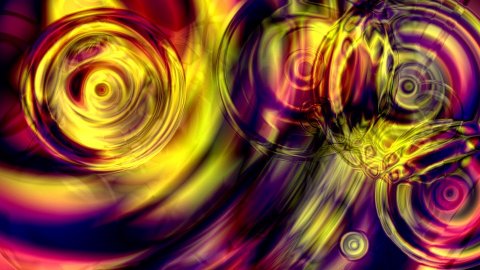 Russian scientists invented unique methods of recycling of hazardous wastes, a huge amount of which have accumulated at the territory of both Russia and other countries. Researchers from all over the world are facing the problems of safely getting rid of disposed railway sleepers, creating substances that dissolve synthetic organic substances, recycling of wastes from aluminum plants or the so-called red mud. National inventions proposed by scientists of Russian universities are quite capable of bringing profit while ridding the world of wastes.

Nowadays, accumulation of wastes is one of the major environmental issues all over the world. Year after year, the number of industrial enterprises increases and so does the amount of wastes, which results in environmental pollution.

Scientists of Nanotechnology Research and Education Center at South Ural State University (a university participating in the programme for competitive enhancement of Russian education called “5-100”) are developing photocatalysts for destruction of organic wastes under exposure to ultraviolet.

Synthetic organic substances (capron, nylon, polyethylene, polypropylene, polystyrol, etc.) are the most oxidation-resistant substances of the environment. There are no natural microorganisms that would decompose them. Nowadays, specialists use several methods to dispose such substances, but neither of them is optimal. For example, sorbents that absorb synthetics need to be disposed as well.

“Under exposure to ultraviolet radiation, photocatalysts developed by our scientists can decompose synthetic compounds till harmless substances existing in the environment, which are carbon dioxide, water and nitrogen,” said Dean of the Faculty of Chemistry at SUSU’s Institute of Natural Sciences and Mathematics, Vyacheslav Avdin.

The university is already cooperating with an industrial partner in this research area. In particular, the enterprise is interested in purification of sewage water using the method of photocatalysis to eliminate phenol which gets formed during production of metal.

The problem of wooden railway sleepers’ disposal is the most urgent for the transport industry. Time-expired railroad sleepers are subject to get buried at regional landfills for industrial wastes. However, because of overfill of such landfills, it is often that railway subdivisions have to accumulate and store sleepers in places not intended for their storage. The main method of railway sleepers’ disposal is burning. But in this process, a huge amount of toxic volatile substances get emitted in the environment. For instance, 80% of a railway sleeper’s peripherial part is composed of coal tar oil which in turn contains 20,1% of phenols, 17,2% of phenanthrenes, 16,9% of pyrenes, 22% of acetone and 12% of butanol. Having been emitter into the air, these compounds can cause severe poisoning of people.

Scientists of the Faculty of Information, Measurement and Biotechnical Systems at Saint Petersburg Electrotechnical University (LETI) are developing breakthrough ecologically safe and economically profitable technologies of waste recycling, including disposal of railway sleepers and time-expired tyre casings. According to the Head of LETI’s Waste Disposal and Neutralization Centre, Mikhail Vostrikov, the methods of high-temperature thermal neutralization are in the basis of the technologies under development. This is an entire complex of techniques that allow decomposing wastes without emission of combustion products.

Uniqueness of LETI’s inventions is in the fact that scientists combine various approaches when creating waste-recycling reactors. This is a complex of such techniques as pyrolysis, thermolysis and pyrogenation. All of this are methods of waste destruction under high temperature in anoxic environment.

As of today, thousands of installations developed at LETI operate at facilities of Russia, CIS, far abroad and Antarctic Continent.

In the result of operation of the majority of aluminum plants, wastes that mainly consist of oxides of iron, aluminum, titanium and other beneficial metals get produced. Such wastes are called red mud and they can be very hazardous for the environment. Within the area of their distribution, these pollutants can destroy plants for decades, and in case of getting onto the skin of a living creature they can corrode it with alkali.

A team of researchers headed by a UrFU Professor, Oleg Sheshkunov, is the inventor of technology of solid-phase recycling of red mud with further obtainment of market products for metallurgical and construction industries. According to the scientist, nowadays red mud is the object of research all over the world; however, the proposed approaches either regard solution of some particular problem or extraction of one or another sub-product for its further use. There is no complex solution to the problem of red mud recycling.

The essence of the technique is reduced to application of new methods for sub-product treatment in the system of red mud recycling (solid-phase synthesis). The developed technology allows obtaining oxides of rare-earth elements as final elements as well as ferrous and silicious concentrate.

According to scientists, oxides of rare-earth elements can be further used as initial raw material for extraction of rare-earth elements themselves; ferrous concentrate can be used as raw material for melting of cast iron and steel, and silicious concentrate can be used in production of blocks for construction of buildings and structures.

“Separation of ferrous concentrate out of silicious one is possible due to a special structure of the kiln as well as application of solid-phase synthesis when caking sub-products during one of the stages of the production cycle,” said Oleg Sheshukov.

By the expert opinion, such complex approach might help solving the problem of complete disposal of red slam. In this regard, they recall environmental disaster of 2010, in the result of which red mud got distributed by the current of the Danube River across a vast residential territory. Thus, the issue of recycling of more than 50 tons of red mud is still extremely topical in Hungary, where all this amount of wastes is in the preserved state. Potential partners from the University of Dunaujvaros have already expressed their interest in testing UrFU’s technology for Hungarian industry.

Producing fuel out of wastes

Researchers from Tomsk Polytechnic University proposed to produce organic coal-water fuel compositions (OCWF) out of wastes formed after coal beneficiation and petroleum refining. According to scientists, using such a fuel is capable of solving the problem of environmental load imposed on the environment by the coal heat power engineering.

“This is a type of liquid composite fuel, approximately 80% of which is consisting of coal recycling products. We use four groups of substances as OCWF components: solid combustible components from amongst low-rank coals and wastes formed after coal beneficiation, liquid combustible components, water, and a plasticizer. Separately, each of the four components is inapplicable as fuel for “high” power engineering. But together, they compose a fuel that is analogous to the traditional coal by its power engineering characteristics,” explained Head of the TPU Department of Heat and Power Process Automation, Pavel Strizhak.

According to his estimation, if coal gets partially replaced by the amount of OCWF equivalent to its amount by power generation, the economy of high-quality solid natural fuel will approximately amount 1 billion of tons annually. The scientist believes that the proposed activities will allow solving the problem of disposal of waste oils accumulated till 2018 completely as well as reducing the amount of accumulated wastes formed after coal beneficiation for 10%.

Based on materials from iz.ru