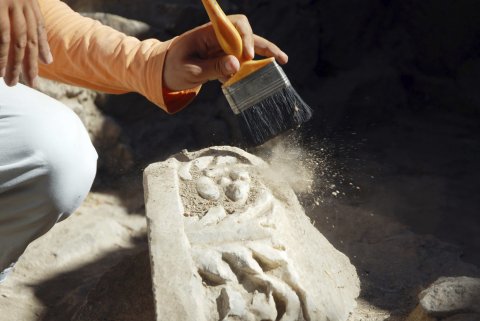 The history of South Ural State University dates back 75 years. Over three quarters of a century, strong scientific schools in the spheres of natural sciences, engineering and humanities have formed here. One of the schools is the Institute of Social Sciences and Humanities’ Scientific School called “Ancient History and Archaeology of Forest-Steppe and Steppe Eurasia”.

A union of leading archaeologists

SUSU’s Archaeology School started to be formed in 2006, when the Department of Ancient History and Ethnology of Eurasia had been founded at the university. It had been formed as a result of unification of leading archaeologists of the South Urals. Among them are 4 Doctors of Sciences (History) and two Candidates of Sciences (History) in the specialty of Archaeology. All of them are employees of the SUSU Eurasian Studies Research and Education Centre (ES REC) headed by Aleksandr Tairov. In the photo: Sergey Botalov

Aside from training bachelor’s and master’s degree students at the Department of Russian and Foreign History, there is postgraduate studies programme in archaeology launched at SUSU. Many alumni of the university are studying or have already completed postgraduate studies in Yekaterinburg, Moscow and other cities of Russia. Among them is research fellow of the Eurasian Studies REC, Igor Chechushkov, who got a PhD degree at the University of Pittsburgh (USA) after defending his Candidate’s dissertation at the Institute of Archaeology RAS (Moscow).

Research of scientists who became the founders of the Scientific School of archaeologists called “Ancient History and Archaeology of Forest-Steppe and Steppe Eurasia” cover the Central Asia human society’s development processes from ancient time till the contemporary time. Students of the Department of Russian and Foreign History get actively involved in the research. An important feature of research activity of SUSU historians is interdisciplinary nature which allows implementing serious international projects. Such areas as geoarchaeology, paleoclimatology and experimental archaeology are getting developed. Works connected with paleogenetics get carried out, for example, research of anthropological materials of the Bronze Eon and the Early Iron Age. When studying archaeological artifacts, various geophysical methods – magnetic mapping, seismology, etc. - are used.

A big number of research is conducted by the ES REC Director Aleksandr Tairov together with colleagues from Kazakhstan.

“We have been conducting quite fruitful cooperation with Kazakhstan for a long time. And this is not just because Kazakhstan is close to us geographically: in ancient times, our territories were in a single historical and cultural space in which complex and interlinked ethnological and politic processes were taking place. Our Kazakh colleagues are appealed by the fact that we are working in the sphere of interdisciplinary research. And our first joint project was connected with the study of ancient Kazakh gold. It had been carried out by SUSU scientists together with the Institute of Mineralogy of the Ural Branch of the Russian Academy of Sciences and the Kazakh Institute of Archaeology named after A.Kh. Margulan. We managed to analyze items made of the noble metal from practically all regions of Kazakhstan. We even worked at the Open Foundation called ‘Archaeological Gold of Kazakhstan’ of the Central State Museum of the Republic of Kazakhstan and conducted analysis of metal of a number of items stored in there. Proceedings of this research got included in a generalizing monograph dedicated to noble metals in ores and ancient golden artifacts of the Central Eurasia,” said Aleksandr Tairov. 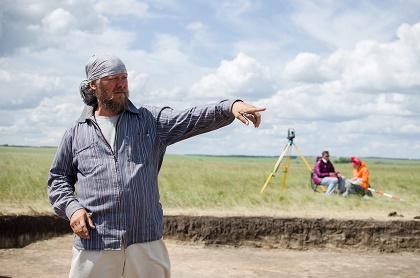 Another project is related with studying tasmolinskaya historical and cultural community that existed at the territory of South Trans-Urals and the Northern and Central Kazakhstan in the first half of the 1st millennia BC. The result of the research was a monograph covering the history and culture of nomadic population of the vast Ural-Irtysh Steppe interfluve. Presently, Aleksandr Tairov is working on an international project on the study of ancient and medieval trade communication lines that had been passing through the Western part of the contemporary Kazakhstan and connected the Ural and Western Siberia with farming centres of the Middle Asia. Next year, the scientific collaboration is planning to start field surveys at that territory.

Large-scale projects by founders of the SUSU Scientific Archaeological School are being implemented in cooperation with researchers from Hungary, noted Sergey Botalov: “The most long-lasting project has received the status of an international grant of Russia and Hungary. We study the keynote moments of history connected with origination of the Hungarian nation, the exodus of ancient Hungarians from their ancestral home. Within the project, a joint Russian-Hungarian expedition has been working at the internationally significant memorial – the Uelgi burial ground - for 8 years. Here lies the history of origination of nations of the Ural, Volga Region, Western Siberia and, as it turned out, Hungarians. The Southern Ural was part of a big area called ‘the Great Pre-Hungary’. At the Uelgi burial ground we state the moment of Hungarians’ exodus to the West and the moment where nations relative to Hungarians –first of all, Bashkirs, Siberian Tatars and Trans-Ural Urgians – stay at that territory.”

SUSU scientists take part in international research together with their colleagues from Germany, USA and other countries. The most large-scale projects are connected with the study of settlements and burial grounds of the Bronze Eon of the South Trans-Ural, due to which principally new data regarding anthropogenic activity, lifestyle and social relationships of the ancient population as well as its connections and migrations were obtained.

“The most interesting research carried out in cooperation with our colleagues from abroad are connected with paleogenetics. Due to this, we can get answers to questions regarding problems of the Eurasian scale. At the moment, we have determined that there is a certain similarity between the population that lived at the territory of the Central Europe and the Ural. We also discovered that ancient people had some genetic diseases that we didn’t know before,” emphasized Andrey Epimakhov.

The SUSU scientist significantly contributed to studying the history of Hepatitis B virus, having added the materials of archaeological findings from the Kamenny Ambar burial ground to general research. The result of the large-scale work was an article entitled “Ancient Viruses of Hepatitis B from the Bronze Age till the Medieval Times” published in May of 2018 in Nature journal.

Presently, SUSU archaeologists are working on a project entitled “The Frontier of Cultural Worlds: South Urals from Ancient Times till the Modern Period”. By the example of this region, the scientists intend to show how bearers of different cultural traditions interacted in various historical periods. They are going to find out how one nation adopted traditions of another one, why some cultural traditions got adopted and some got rejected, and how geographic factor impacts the processes of cultural interactions. 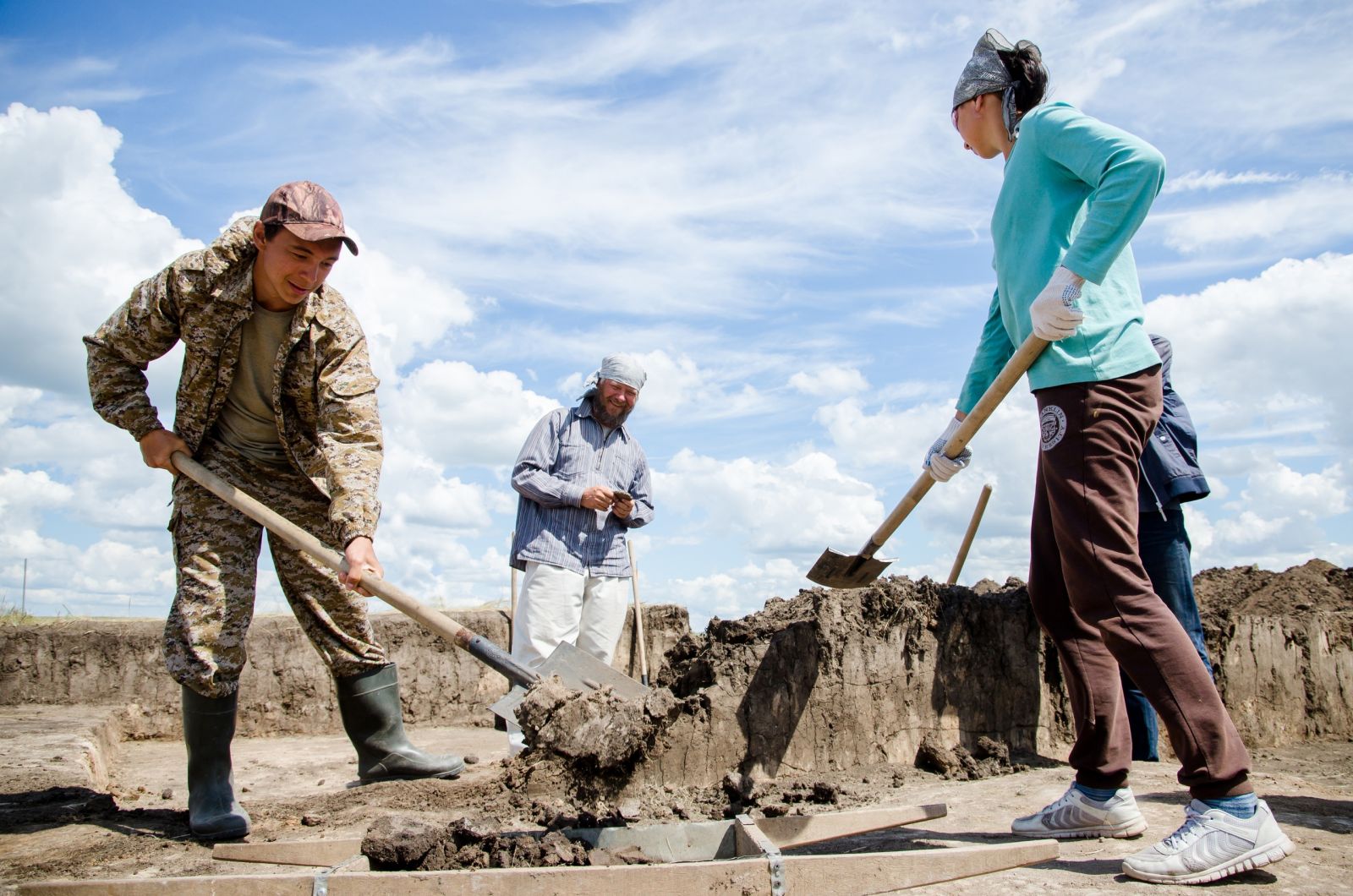 Laboratory of Archaeometallurgy for the study of ancient times

When studying ancient times, the founders of the scientific school called “Ancient History and Archaeology of Forest-Steppe and Steppe Eurasia” and their students pay a lot of attention to experimental archaeology. In particular, they took part in reconstruction of Kurgan Temir – the exact replica of a generic tomb of early nomad tribes, recreated in 1991 by the materials of excavations of a burial mound having been researched in the Chesmensky district of the Chelyabinsk region - in the Arkaim natural conservancy area. The team of archaeologists who worked on the external and internal decoration of the burial structure was headed by the current Director of the Eurasian Studies REC, Aleksandr Tairov.

This year, South Ural State University got the chance to apply methods of experimental archaeology in research activity. Founder of Archeos Centre of Historical Projects, research fellow of the ES REC, Ivan Semyan, obtained the federal grant to create an experimental laboratory of archaeometallurgy at SUSU. The project is one of nine winners of a Historical Projects contest of the Times and Epochs Festival. In this laboratory, students will be able to recreate ancient techniques for obtaining and processing of metals and ceramics as well as make quality replicas of artifacts. It is planned to spend the grant’s money on arranging an innovative education-and-production complex of facilities, purchasing the required raw materials, tools, as well as high-technology equipment, including a 3D scanner.