How to Help One’s Organism after the New Year Celebration: Advice by an Expert of SUSU’s School of Medical Biology 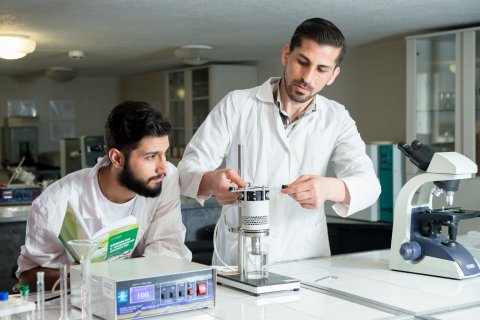 New Year is one of the favorite holidays of Russian people, which is traditionally celebrated by a feast with the family. It is often that on this day people cook various delicacies. We talked to an expert of the SUSU School of Medical Biology, Associate Professor at the Department of Food Technology and Biotechnology, Lina Tsirulnichenko, about the use of red caviar which is a customary treat at a New Year’s feast, as well as about how to avoid overeating and what to do with disorder of the customary nutritional regimen.

– What is the use of red caviar?

– Red caviar contains a lot of protein and fish oil, the content of which includes such fatty acids as Omega 3, Omega 6, and vitamin D. Therefore, red caviar contributes to a boost of immunity, strengthening of vascular walls and enhancement of their elasticity, prevention of blood clot formation in big and small vessels, and strengthening of bones.

– Is it often that people can see fake red caviar in grocery shops?

– Fake red caviar is a quite rare phenomenon. Of course, nowadays we have imitated caviar but there is always a corresponding note on the marking. It gets produced out of fish broth and fish oil with addition of jellying components on the basis of seaweed, for example, agar-agar. Of course, imitated caviar is much cheaper compared to the natural one.

– What we should pay attention to in order to buy high-quality red caviar?

– Grained salmon roe can have various appearances depending on the raw material it has been produced of: pink humpy, sockeye or salmon. It will vary in colour, from orange to saturated red, and in the size of grains. Caviar is divided into the first and the second sort depending on its quality.

Grains must be clean, intact, homogeneous in colour, without any films or clots. Also, high-quality caviar must have pleasant saline taste but not to be too salty.

Less qualitative caviar of the second sort might have pieces of the film and grain shells, the belly burn; one might also notice mixing of caviar of two types of fish or non-homogeneous colouring.

– If we are to talk about celebratory feast in general, how to avoid overeating when there are so many various dishes?

– First of all, one needs to follow the rules of general caloric content and rational nutrition. Generally, one should maintain a separation diet. Very fatty products should not be consumed with a lot of carbos. Heavy fast digestible carbos, such as potato or pasta, should not be combined with proteins – fish or meat. One needs to “balance” between protein and fiber or fats and fiber so that substances possessing high nutritive value were not consumed simultaneously.

– When celebrating the New Year, many of us violate the customary nutritional regimen by eating late in the evening or at night. What can we do to bring our digestion back to normal as soon as possible?

– Contemporary approaches to nutrition recommend practicing the fasting days, or the so-called “peak fasting”. For example, if one of the days you ate too much, the next day you can have a fasting from this day’s lunch till the next day’s lunch (Joseph Mercola, a nutritionist doctor).

– What else one can do to help one’s organism?

– When a person overeats, the organism might simply not to have the “capacity” to produce necessary ferments that split the food. There are various fermentative drugs in order to boost digestion. But anyways, like I said, it is better to restrict oneself a bit and not to overeat. One should watch what one’s eating, not to rush, set the table nicely and get aesthetic satisfaction as well!