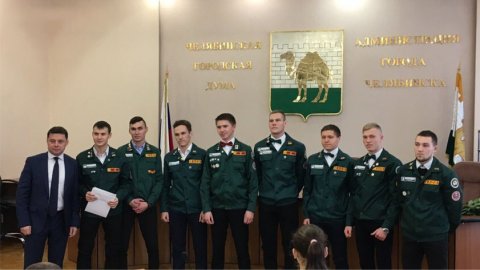 The annual pre-New-Year’s ceremonial reception was held at the Chelyabinsk City Administration, where along with professional athletes, who had become victors and prize-winners at the all-Russian and international competitions, four members of our Headquarters were awarded certificates and bonuses for their victory in the All-Russian Mini Football Competition among Student Labour Unions Teams.

The prizes from the Head of the Department for Sports of the Chelyabinsk City Administration Evgeny Ivanov were awarded to:

We should note that this year, for the first time, not only professional athletes received awards, but also students who had won medals for our region.