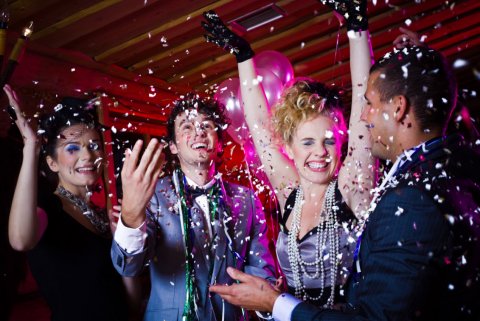 December 19th the enthusiasts and volunteers of a SUSU Branch were invited to a city New Year’s event called Youth Ball.

Traditionally this ball is attended by the city chief executive and the chairperson of the City Duma of Nizhnevartovsk.

In his New Year’s greetings the head of the city V.V. Tikhonov stressed that all those present at the ball are the future of the city, and urged young people to be daring, persistent and creative, not be afraid of criticism, suggest extraordinary ideas, and develop new projects.

In their turn, the enthusiasts of the city’s youth movement asked the city Administration to support their initiatives, and also had great fun at the event: they wrote letters to Father Frost, danced, and made New Year souvenirs with their own hands.