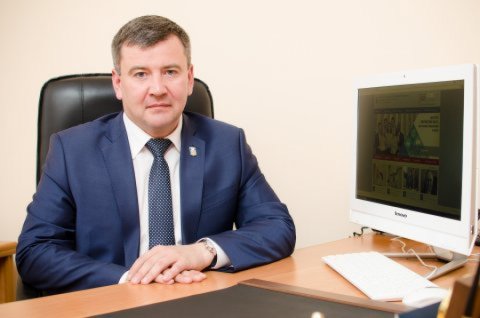 South Ural State University’s Institute of Engineering and Technology is the quintessence of the university’s engineering sciences. For 75 years already, SUSU has been performing training of the best specialists in the sphere of mechanical engineering and metal working.

In the course of time, the university started establishing scientific schools which allow performing real-life study of advanced technologies applied not only within our country but also abroad.

Research fellows of a scientific school named “Simulation Stochastic Modeling of High-speed and Super-speed Methods of Metal Working of Advanced Materials with the Use of Supercomputer Calculations” are working on development of software for modern high-speed grinding machines with CNC (computer numerical control).This scientific school is headed by Professor, Doctor of Sciences (Engineering) Aleksandr Diakonov, also acting as the Vice-Rector for Research at South Ural State University.

Aleskandr Diakonov actively introduces results of research in the sphere of metal working, construction of metal-cutting machines out of alternative materials, and methods of pass-through digital manufacture into the training process of the university’s master’s degree students.

Evolvement of the scientific school

Foundations of the scientific school were formed back in 1970s by Professor, Doctor of Sciences (Engineering), Stanislav Korchak. For many years, Stanislav Korchak had been Head of the Department of Mechanical Engineering Technology and its fundamentals, which were formed in the scientific school, lied in researching speed processes as well as processes of abrasive processing and grinding.

Afterwards, this school had been developing in the sphere of simulation. The work by Doctor of Sciences (Engineering) Anatoliy Koshin made a great contribution to development of the scientific school. Anatoliy Koshin dedicated his Candidate’s and Doctor’s dissertations to simulation of mechanical treatment processes.

The work by Doctor of Sciences (Engineering) Aleksandr Diakonov greatly contributed to development of the scientific school at the contemporary stage. When completing his Candidate’s and Doctor’s dissertations, Aleksandr Diakonov carried out research on simulation of high-speed processes at the modern level with the use of a supercomputer.

“My goal was to reveal the main physical patterns occurring under high-speed processing of material at the modern level of process simulation,” says Aleksandr Diakonov.

Specificity of the scientific school

The main sphere of the scientific school’s activity is development of software for modern high-speed grinding machines with CNC.

90 % of imported equipment in Russia has no software translated into Russian. At many enterprises, people cannot alter the programme for material processing therefore they need to pay big money to apply to foreign specialists from service support of such machinery. In this regard, the scientific school of SUSU is working on solving the issue of developing domestic software which would allow engineers at enterprises to develop processing programmes by themselves.

“This software is based on simulation stochastic modeling, which means that it takes into account physics of the process as well as condition of the cutting tool and state of the equipment,” says Aleksandr Diakonov.

Achievements and goals of the scientific school

Since 2015, research fellows of the scientific school have been conducting joint research with the Indian Institute of Technology Patna in the sphere of high-speed micro grinding.

Due to joint efforts, scientists from India and SUSU obtained a Grant of the Russian Foundation for Basic Research for conducting research of high-speed hybrid micro processing and started joint activities such as writing research articles, conducting research internships and equipping the machine at SUSU’s Mechanical Engineering Research Institute for researching the high-speed process of micro grinding. 4 joint research articles have been published over the year of 2018. 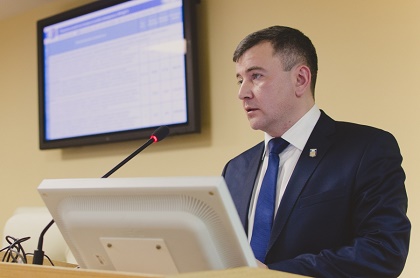 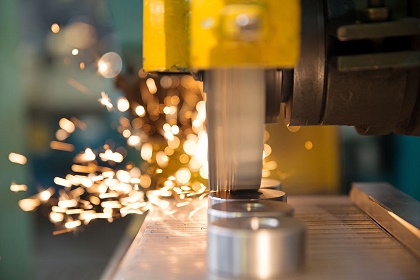 At the end of 2018, Professor from the Indian Institute of Technology Patna, Karali Patra, was recruited to the Department of Automation Engineering as a research fellow working remotely. Next year, research fellows of the SUSU scientific school are planning to invite Karali Patra for a three-month stay so that he could deliver lectures on methods of micromechanical machining processes to master’s degree students and postgraduates. This collaboration will bring new scientific results as well.

From the beginning of 2018, an economic contract was signed with Research and Production Association of Electrical Machinery Stock Company. Research work is being carried out in order to introduce micro grinding process into the company’s operation. Upon completion of the work, it is planned to conclude a new agreement with the enterprise for execution of research and development works.

“Many enterprises of various industries are interested in such micromechanical processing. This technique allows producing items of miniature size: elements for replacement of heart valves in microsurgery or items for defense enterprises, where high-precision details made of fragile or hard-to-machine materials, which require such type of processing, are applied.”