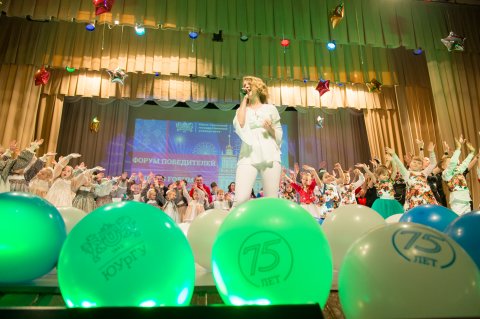 “There is an excellent opportunity to say thanks to everybody, congratulate each other and express gratitude for what have been done. We appreciate everybody’s contribution!” says Director of the Institute of Social Sciences and Humanities, Elena Ponomareva. 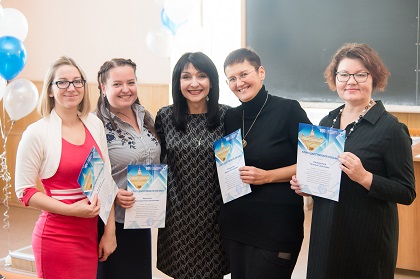 Meetings with outstanding alumni were organised within Schools and Institutes. For example, students of the Institute of Engineering and Technology had a chance to talk to the Director of Center Tochnoy Mechaniki OOO, Aleksey Shalamov.

“I still gladly keep in touch with the university. Part of students undertake their pre-graduation internship at the Center Tochnoy Mechaniki. I try to get many of them involved in our job and provide their employment,” said Aleksey Shalamov. 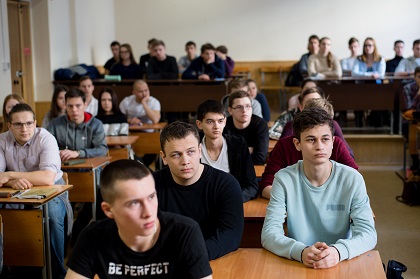 For the Institute of Engineering and Technology, December 11 was marked with a significant event. This day, a ceremony of opening a memorial plaque of Aleksandr Poletskiy – a Professor who greatly contributed to development of CPI – was held. “Aleksandr Poletskiy was an outstanding person, legendary in every respect. Many SUSU lecturers were his students,” said Director of the Institute of Engineering and Technology, Sergei Vaulin.

A student lounge was opened on the 4th floor of the main building. The new place of students’ leisure is located near the updated political map of the world. “Our primary goal is to equip as many leisure areas complying with students’ demands as possible,” noted Veronika Livonchik, Deputy Head of the Extracurricular Activities Department.

Testing of a lean manufacturing factory was held at the SUSU School of Economics and Management. Director of the Chelyabinsk Region's Foundation for Industrial Development Sergey Kazakov talked about the benefit that the Centre of Business Development Technology can bring to enterprises of Chelyabinsk and the region.

“This is a really good venue that allows enterprises to practice production and office processes in a mode that maximally resembles on-site manufacture.”

Today also, the ILIC International  Fest language festival was held at the SUSU Institute of Linguistics and International Communications. An open scientific workshop entitled “EECS: Education and Science for Industry 4.0” was held today at the School of Electrical Engineering and Computer Science. The event was opened with a welcoming speech delivered by the Director of EECS, Gleb Radchenko.

“The workshop has been organised so that we could introduce our students, alumni, key partners and staff with projects that are being implemented at EECS together with our strategic partners such as SMS Group and MMK companies, and Polet Radio Plant. These projects are important because they really have an influence on decisions made in the sphere of Industry 4.0 and radio electronics.” On the occasion of the anniversary, SUSU’s Institute of Natural Sciences and Mathematics presented research areas that have been formed at INSM’s Faculties within the long period of the university’s existence.

A forum of winners of The Star multidisciplinary Olympiad on engineering, which is held at SUSU annually, was held this day on the main stage of SUSU. “South Ural State University is the organiser of The Star multidisciplinary Olympiad on engineering, among 68 universities of Russia who are co-organisers. Over the years, more than a million of schoolchildren from 82 regions of the Russian federation took part in the Olympiad. This year, The Star Olympiad celebrated its fifth anniversary. On this occasion, winners and prize holders of the last year’s Olympiad gathered here at SUSU,” says deputy Vice-Rector for Academic Affairs, Yulia Bolotina. In a conclusion of the second day of the celebratory week, the university’s administration held ceremonious meetings with veterans and academic dynasties of SUSU.

“Today, on the occasion of the university’s 75th anniversary, we invited 95 people for veterans’ reunion. Among our guests, there are many people who celebrated their anniversary as well: some turned 95 in 2018, some celebrated their 80th birthday. This is a big event within which old friends - lecturers of the university’s departments and members of the SUSU Veteran’s Council – got reunited.” As a reminder, every day at 10 p.m., from 10th through 14th of December, Chelyabinsk residents and guests of the city can see a flash mob on the occasion of the anniversary. The number 75 gets lighten up in windows of SUSU’s main building.