Science and Innovations: the Third Day of the Celebratory Week Finished at SUSU Celebration of the 75th anniversary of South Ural State University goes on. On the occasion of the anniversary, events dedicated to science and innovations were held at the university on December 12.

The Rector of SUSU opened an exhibition of scientific and technological achievements entitled “From CMEI to a University of Global Digital Transformations”, where the latest inventions of the university’s scientists were presented. Aleksandr Shestakov said why it’s important to support activities of the university’s schools, institutes, research and development centres and laboratories:

“The exhibition of SUSU’s scientific and technological achievements shows practical results the university achieved over the last years, and allows assessing the direction in which we should move further. This is some kind of a summary of our achievements in the sphere of innovations. One of the goals of South Ural State University is its evolvement as an entrepreneurial university, which means that inventions that are being developed here should find application in our country’s industry.”

Visitors of the exhibition saw the latest inventions of SUSU scientists that became well-known beyond the region’s boundaries: FizioStep innovative insoles, an apparatus for rehabilitation of patients with leg injuries, an apparatus of information microwave therapy, a simulator with a virtual reality technology in the sphere of oil extraction, translucent concrete, volumetric mockups of modern buildings, devices used in forensics, Vanya the Robot, and more. 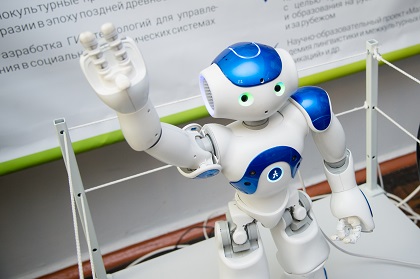 Opening of a unique Laboratory of functional materials took place at SUSU. Sergey Taskaev, Doctor of Sciences (Physics and Mathermatics), became Head of the Laboratory.

“In Russia, equipment of such class can be counted on fingers; not every federal university has such facilities. Here the possibility of leakage of such expensive gas as helium is eliminated; at that, the gas is stored in liquefied state. This equipment is very comfortable for conducting research. It allows studying materials at a high temperature of 1000 degrees. This is a universal complex which allows simultaneously studying a range of various values. In spring, SUSU is to be visited by a Professor Victorino Franco from the University of Seville, who agreed to be a research advisor of this Laboratory,” commented Sergey Taskaev. 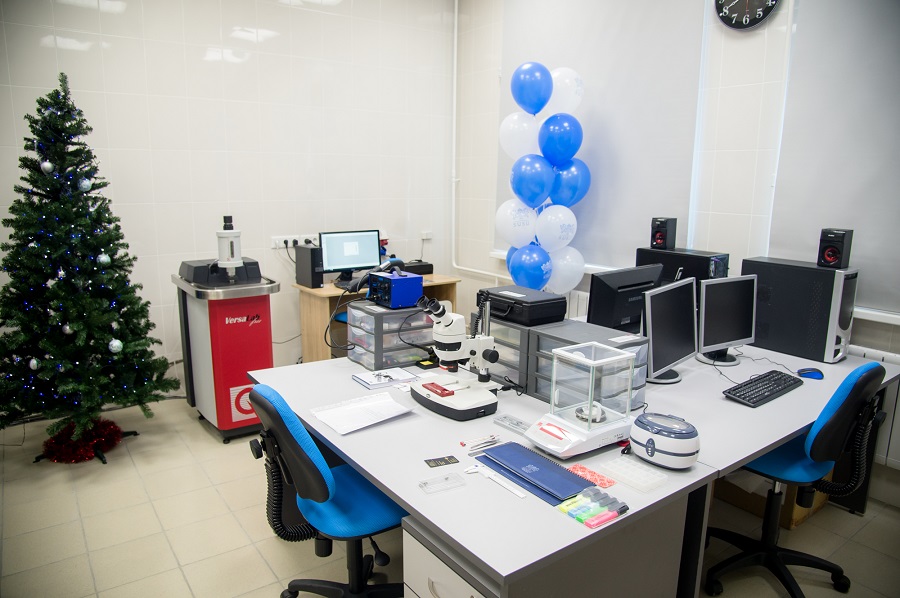 A tele-marathon entitled “Science and Innovations at SUSU” was broadcasted on air of SUSU-TV Television and Radio Company. Editors of the university’s TV channel prepared documentaries, essays and reports about development of leading scientific areas, outstanding scientific achievements of the university’s researchers, and about prospective directions of development within Project 5-100.

An exhibition/excursion entitled “From Optima to Cloud: the History of the University’s Book Publishing” took place at the SUSU Publishing Centre. Visitors, students and administrative staff of SUSU, were shown university’s scientific and educational editions of various years – from the 50s of the 20th century till the present time – as well as equipment used at the university’s Publishing Centre over various years: from a typewriter and analog copying devices to a contemporary digital printing system. A section dedicated to making a hard cover excited special interest among spectators.

“This exhibition/excursion demonstrates development of the Publishing Centre starting from the middle of the last century and till the present. One can watch the level, volume and variety of the works that we issue nowadays. They hold leading positions at all-Russian and international contests. The Publishing Centre of SUSU is included in Top-30 publishing houses of Russia; we publish more than 800 various issues per year. The exhibition also displays an electronic manual which includes various multimedia elements and interacts with students.” An exhibition of outstanding research papers and publications of the university’s scientists opened at the SUSU Science Library. Director Svetlana Smolina talked about the exhibit items:

“As of today, scientists and research fellows of SUSU have published more than 15 thousand study manuals, textbooks and monographs. At the exhibition, we can track SUSU’s history in books. For example, one of the first editions of the university is a manuscript duplicated by the lithographic method. Talking about the present days, we should note that works of SUSU scientists get published both at the SUSU Publishing Centre and in large publishing houses in Moscow, Saint Petersburg, Rostov-on-Don and other cities. At the exhibition, we tried to display fundamental works in the sphere of natural, engineering and social sciences and humanities, which have been published in foreign publishing houses over the last years.” Results of a contest called “University Book 2013-2018” were summarized at the Professors’ Hall of the Science Library. Books were evaluated by 10 nominations, for example, the best books of legal, engineering or social sciences and humanities and other sciences, the best electronic editions, etc. A book under the editorship of Liudmila Shesterkina took the first place among publications of social and humanitarian profile (a team of authors who are lecturers of the Faculty of Journalism worked on this book).

“A bit earlier, our book on universal journalism became the best textbook in Russia in the sphere of journalism education. Now we got acknowledged by our colleagues, teaching academics and students. We are very happy about this victory because SUSU has very serious traditions regarding publication of textbooks. In time, we are planning to issue another book on journalism,” said Dean of SUSU ISSH’s Faculty of Journalism, Liudmila Shesterkina. Academics and administrative staff of the university were ceremoniously awarded with 1st and 2nd degree orders of Merit for SUSU as well as with anniversary medals. Results of the Alma Mater contest dedicated to the university’s anniversary were summarized. Winners were announced in 12 categories: “Science – Laboratory – Enterprise”; “The Leader of Changes”; “Innovator and Inventor”; “Dissertation Council’s Professor of an International Level”; “A Guide to Science” and other.

Head of the Experimental Mechanics Laboratory, Candidate of Engineering Sciences Pavel Taranenko became the winner in the category of Science – Laboratory – Enterprise:

“I was surprised when I found out that I am among the winners. The title of my category coincided with the things that I advocate for. My dream is to organise an efficient cooperation between the university and an enterprise in order to conduct joint projects. We are currently working on one of such projects; it is connected with flow meters. As of today, this work includes our university and a number of companies; also, we cooperate with Oxford University. So far, everything is working out.” 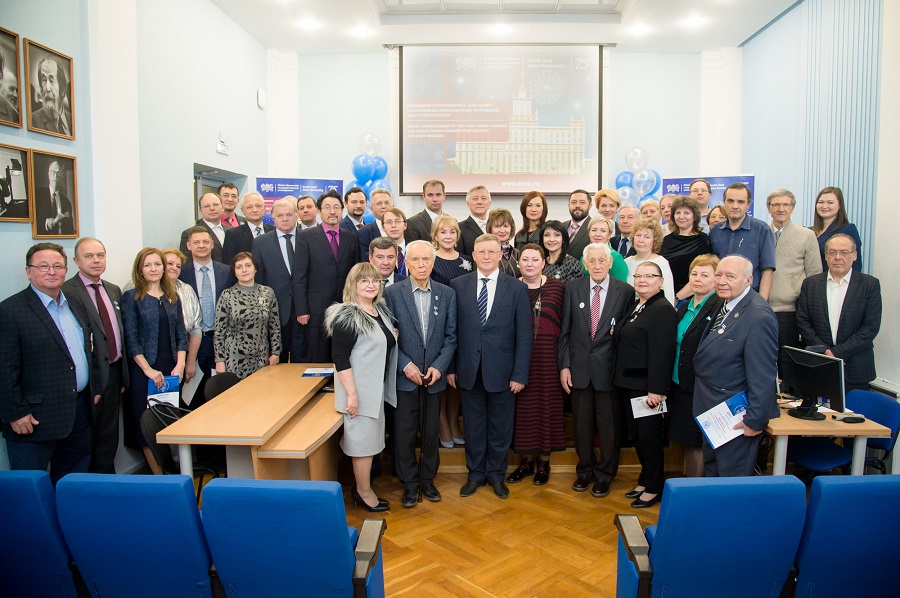 “This project has been completed at the university in total compliance with traditions of a classic Russian university which presumes a very high degree of scientific freedom. Once again I would like to ask to hear and realize one thing: for scientists, freedom is like oxygen; when there is the possibility to express debatable opinions, when a discussion is going on, when various proofs are offered – all of this is a necessary condition for a serious research project execution. We work under conditions of such freedom and we are very grateful to all involved in this project,” emphasized Igor Sibiryakov.

Celebratory events covering international activity as well as ceremonious meeting and a celebratory concert will be held on December 13 and 14. Detailed schedule of events is available in the Celebratory Events Programme