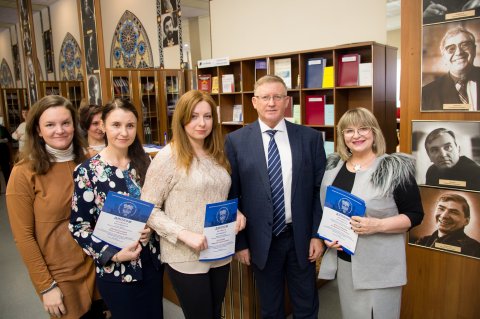 The SUSU Leaders 2018 photo gallery opened at the SUSU Scientific Library on the occasion of the 75th Anniversary of South Ural State University.

The exhibition includes 76 black and white photos of the leading researchers, dedicated supervisors, and talented academics and administrative staff – leaders in science, education, culture, sport, and the social sphere at SUSU. In the centre of the gallery there is a portrait of the main leader of SUSU – Rector, Doctor of Sciences (Engineering), Professor, Chairman of the Council of Rectors of the Ural Federal District, Honoured Worker of the Russian Federation Higher Education, Honoured Worker of Higher Professional Education – Aleksandr Shestakov. Under the guidance of Aleksandr Shestakov, South Ural State University has become one of the leaders of modern global education. There are more than 20 world-class research and education centres at SUSU. They make it possible to conduct productive research in such fields as engineering, natural sciences, supercomputers, and human science.

Developments by our researchers are in-demand by the Russian and international businesses. SUSU offers programmes of academic mobility and double degree programmes, and maintains research and practical partnerships with universities in the USA, China, Middle East, Central Asia, South-East Asia, CIS countries, Finland, Spain, France, Germany, Great Britain, Slovenia, Poland, and the Netherlands. SUSU is a participant of Project 5-100, which aims at enhancing the academic competitiveness of Russian universities in the global academic arena. To this end, 10 institutes and schools were created at the university. Today, SUSU maintains leading positions in the global education market and has entered international rankings.

“I strongly supported the idea of creating the SUSU Leaders gallery because I believe that people are the most important thing, especially those who make the history of the university. When forming the gallery, the creators took everyone’s contributions to the development of South Ural State University into account. The leaders of SUSU are smart, dedicated, and love the university. Their specific feature is the desire to always work hard and become better. They are not satisfied by today’s results, and are full of determination to improve them,” noted university Rector Aleksandr Shestakov.

Among the photos of the leading SUSU researchers is a portrait of Lev Kazarinov, Doctor of Sciences (Engineering), Professor, Head of the Department of Automation and Control, Honoured Worker of Higher Education, lead specialist of the Administration of the Chelyabinsk Region in issues of managing the energy efficiency of the region. The exhibit also presents a portrait of Pino Teze, Professor Emeritus, SUSU Doctor of Sciences, President and General Director of SMS Group, Inc. (USA), who has contributed significantly to the creation of the Laboratory of Mechanics, Laser Processes and Digital Production Technologies. The gallery’s exhibit also includes portraits of members of the Rector’s Office, institute directors, faculty deans, office and division heads, department heads, and professors who have earned recognition and authority among their peers. The gallery also presents a portrait of Andrey Epimakhov, Doctor of Sciences (History), lead researcher of the Eurasian Studies Research and Education Centre, Professor of the Department of Russian and International History, member of the European Association of Archaeologists, member of the World Archaeological Congress, and creator of a system for chronologising the Stone and Bronze ages of the Ural region. 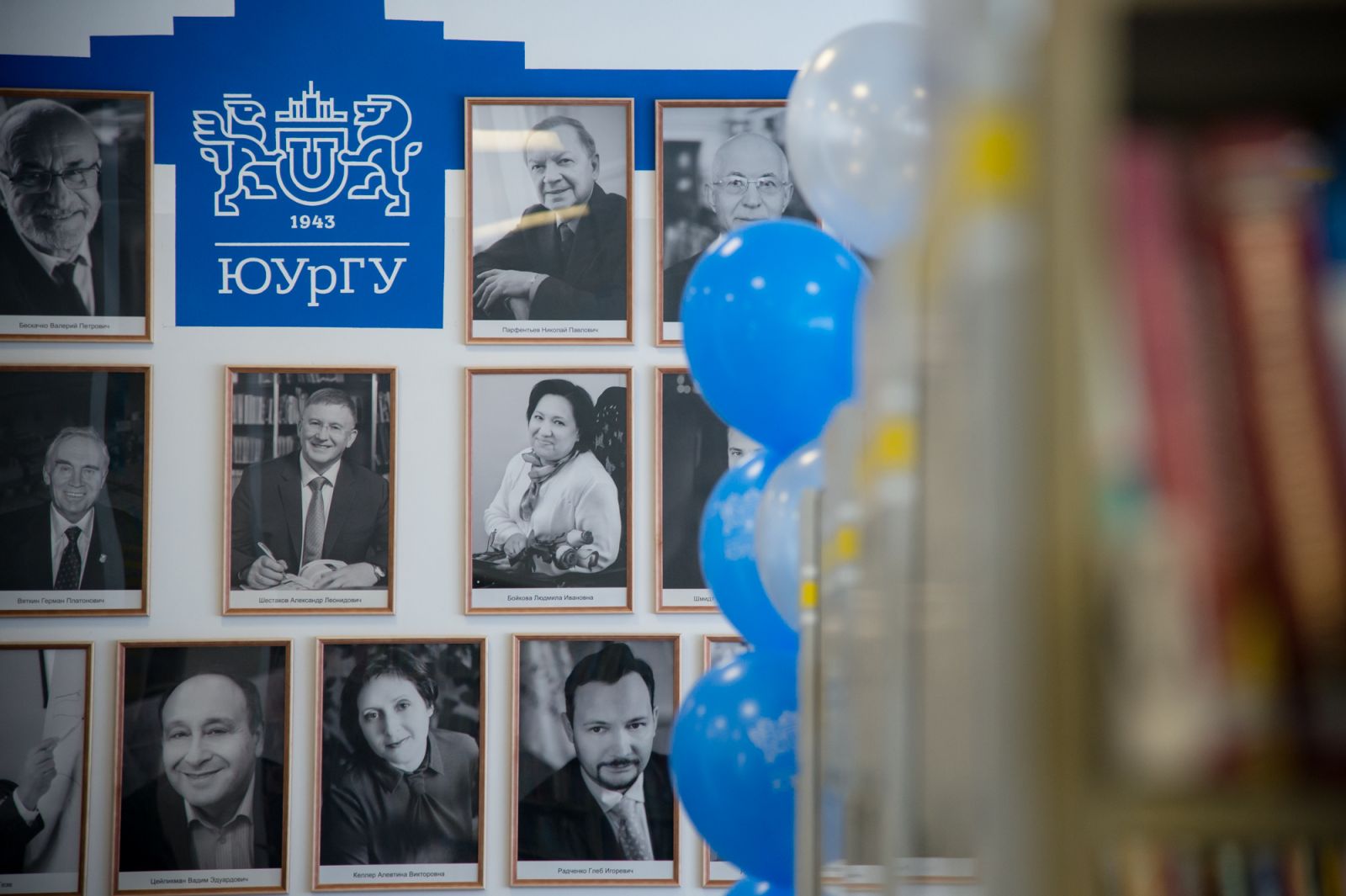 “Over the last three or four years we have been releasing highly-rated publications which are the result of long work. We have many plans and a huge number of paths for development. There are several most interesting paths. One of them is continuing our study of mankind, of the anthropology of the ancient past. The second interesting path is related to social archaeology: how society lived, how it functioned, and how it evolved. These are very difficult, but ambitious goals,” said Andrey Epimakhov, one of the SUSU Leaders, about his plans for the future.

Representatives of various SUSU divisions and institutes worked on the SUSU Leaders 2018 Photo Gallery. The author of the majority of the photos is Oleg Igoshin, Head of the Production Photostudio Laboratory, editor of the Digital Communications Office of the Marketing and Strategic Communications Department, and the 2014 graduate of the SUSU Faculty of Journalism. The photo gallery was designed and set up by Viktor Livshits, Head of the Department of Service and Technology of Material Artistic Processing, and Tatiyana Vekovtseva, Associate Professor of the Department of Journalism and Mass Communications, member of the Russia Designers Association, and member of the Union of Young Russian Artists. Many others took part in creating the photo gallery: Vadim Trofimychev, Vice-Rector for Estates and Facilities; Svetlana Smolina, Director of the SUSU Scientific Library; Lidiia Lobodenko, Head of the Marketing and Strategic Communications Department; Svetlana Iudochkina, Head of the Extracurricular Activities Department; and Arina Marfitsyna, Head of the SUSU 360-Degree Multimedia Newsroom. Liudmila Shesterkina, Dean of the Faculty of Journalism, guided the creative group in the making of this photo gallery.

“This project reflects the strategic directions of development for our university. This is a shining example of our interdisciplinary nature: the exhibition was created with help of SUSU students as part of practical lessons with Tatiana Vekovtesva, what means that the project-based education that has been introduced this year is already in effect. The project also represents the tradition existing at the university, since it can be called a successor of the gallery which has existed for many years at the SUSU Scientific Library. There is still a lot of free space in the library – places for new leaders of our university,” noted Dean of the Faculty of Journalism.