SUSU Smart House: From an Idea to Life 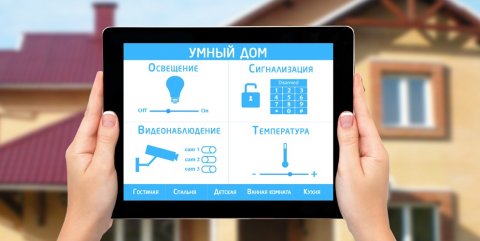 Project-based learning is being actively developed at our university today and touches upon all aspects of modern society. The Smart House project by the Department of Power Stations, Grids, and Electric Power Systems of the Faculty of Energy and Power Engineering of the Institute of Engineering and Technology is one of the most interesting projects complying with the trends of digitalization of all spheres of our life.

We spoke with the project’s head, Doctor of Sciences (Engineering) Evgeniy Solomin about the origins of the Smart House idea and the implementation of this idea at SUSU, pressure plates which generate electric energy, the Smart Courtyard which “greets” the house residents, as well as about Smart House technologies tested in the Arctic, about international students’ participation in the Smart House project, the project’s integration in to the Digital City system, and much more.

– How did the idea of a “smart” house come about? What is unique about it? What are the advantages as compared to analogous projects?

– Smart houses are not a new concept, there are many examples which have already been executed, especially in Europe and the USA. In Russia, we have only heard or dreamed about such innovations before, so we came up with an idea to create a demonstrative project. We believe that a Smart House consists of many components which are divided into: generators (based on renewable sources, like wind power plants, solar power plants, etc.), energy-saving devices (smart meters and power outlets, LED lighting), gadgets (smartphones, remotes, etc., which communicate with other components in the house), and software (gadgets and components of the house itself).

The term “innovation” comes from the Latin novatio, which means renewal (or change) and was introduced by Joseph Alois Schumpeter, an Austrian and American economics, sociologist, and historian, in the 30s of the 20th century. So, our “house” is totally innovative in Russia, since there are no analogues here. From the global point of view, a number of components of the “house” are also innovative.

– Which components in particular are innovative? Could you please tell us more about them?

– For example, our project involves using cutting-edge Russian developments: patents and know-how in generation, smart meters, and software. It is unlikely that we will be able to create innovative gadgets like a smart intercom, but who knows – we are just starting…

The first advantage of our project is that it is multidisciplinary, being located at the intersection of various fields of science and technology. Second, it is big in scale – we don’t limit the developers either in their topics, or in the scope of their work. We focus on students when choosing the main fields for developing of our project. Students will choose a variant of generation, and we will use it. The Master’s students participating in the project must show the initiative.

Certain projects that we are developing deserve special attention, such as the Pressure Plate, which generates electrical energy from the muscular force of people’s legs. Another is the Smart Courtyard project, which makes it possible to track free parking spaces when entering or exiting the courtyard. After sunset, the smart courtyard can automatically illuminate a path, or use facial recognition to identify people walking up to the door to automatically open it, so that they don’t need to reach for their keys. 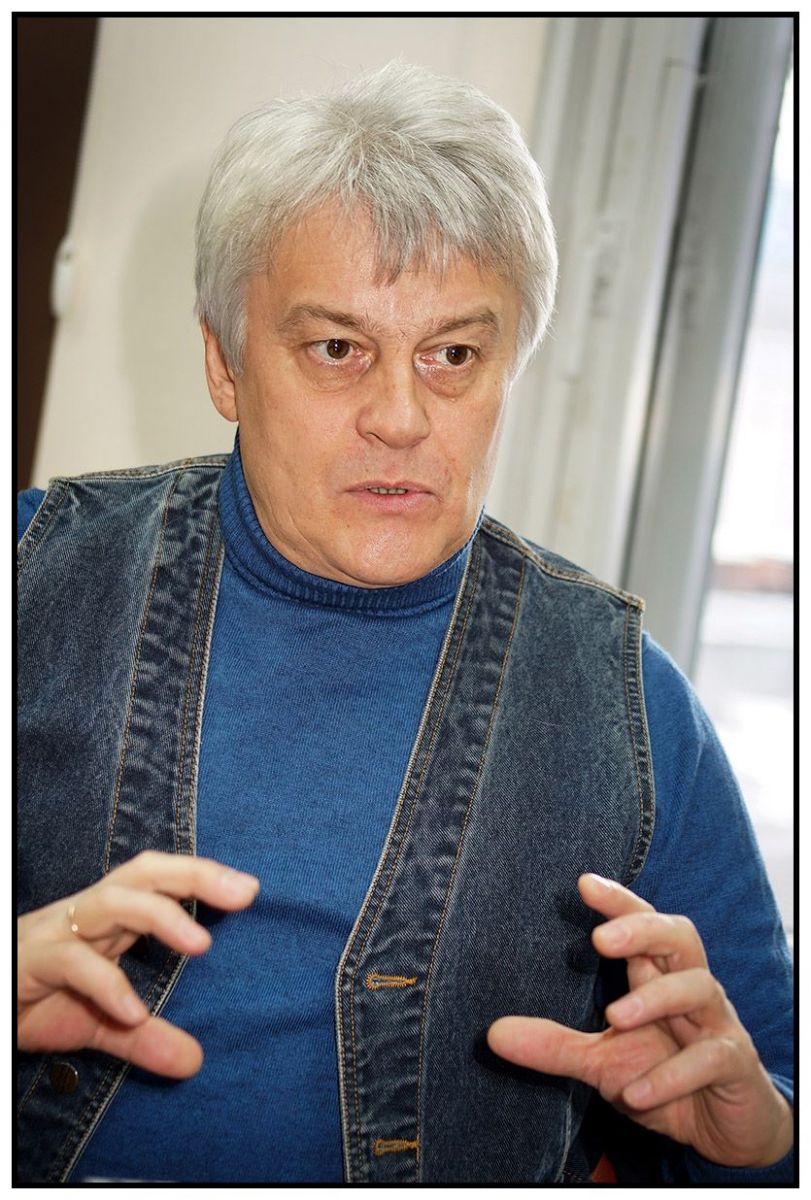 – What will the prototype of the house look like?

– According to the project’s idea and the preliminary agreements with the organisation Regional Operator of Structural Repairs of Common Property in Apartment Buildings of the Chelyabinsk Region, we expect that:

“Projects must comply with the advanced level of technology and tasks which are being solved by the business sector. We will obtain agreements with enterprises who are leaders in Russia or in the global market. An enterprise will give a topic for a project… And in two years we will produce the result – a device, system, or software… At the end of the academic programmes, ready-made start-ups will be formed.”

It is important to explain that if there is a lack of funds, together with the students we will only be able to develop (and possibly produce) individual components of the Smart House. Nevertheless, we are planning on applying for all relevant Russian Federation Fund competitions.

– You are heading the Wind Power Plants project in the Arctic. Is it possible to say that these developments were the precursor to the Smart House, logical steps towards the fulfilment of a new big-scale project, or is this a separate and autonomous project?

– The project in the Arctic is a collaborative project for supplying power to special facilities of the Branch of the United Rocket and Space Corporation Space Device Engineering Research and Development Institute. It involves operation of multi-tiered vertical-axis wind power plants that we have developed in the harsh conditions of the Arctic sea climate. There are no analogues to these in the world yet. The technologies used in the Arctic will be used in the Chelyabinsk Smart House as well, since we also have tornadoes and hurricanes with strong winds in our region, alongside icing of critical structural elements and other extreme conditions as a result of climate changes. 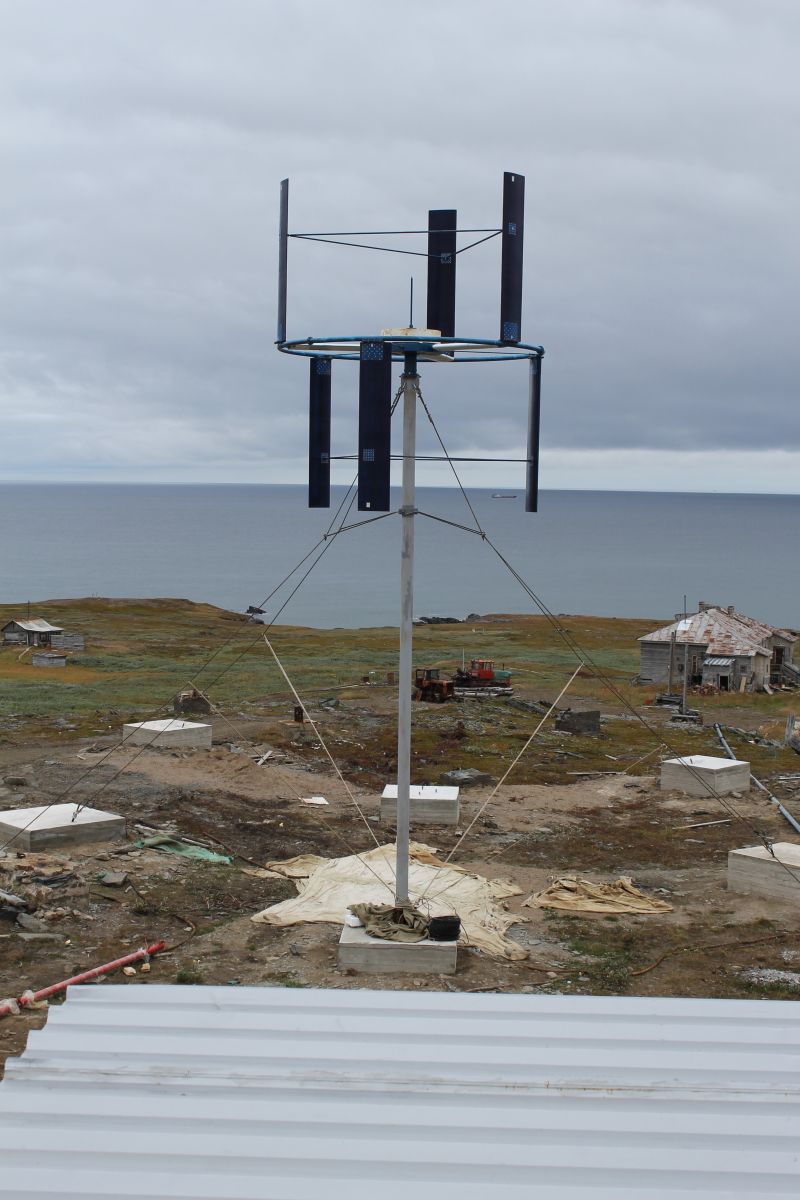 – First of all, formally, there are five people who wished to study under this new system. However, in just three month’s time since the start the team has grown to eight people already, among whom are two postgraduate students from Iraq and one Master’s student from China. The project is growing and becoming international, new participants are joining us informally, without payment for now. But we believe that this will have a strictly positive effect, because we are trying to attract as many participants as we can – not just Master’s students, but Bachelor’s students and postgraduates as well. Second, individual work is being done with each participant of the project, what seriously raises their level of education and, accordingly, increases the significance and odds for achieving the planned result. In the future, we are planning to expand the involvement of international developers to replicate the components under the project abroad.

Third, we are ready to post weekly reports on the SUSU web-site. We have things to show everyone! In the third month of the academic programme, we submitted an application for a patent, and we will apply for two more patents in a week. We have sent three VAK (State Commission for Academic Degrees and Titles) papers to editors at different journals, and four articles to the Prom-Engineering International Science and Engineering Conference, indexed in Scopus.

– Special devices will be implemented in the houses supervised by OOO Dom74 management company (Smart Courtyard subproject by Evgeniy Gordievskiy) within the frameworks of the programme’s experimental part. What devices are these?

– As far as we know, such devices have not been implemented anywhere in Chelyabinsk yet. This component, or subproject of Smart House will be totally new! These include, first of all, the Smart Courtyard, which will be powered by pressure plates that generate electricity from the mass of the vehicles which enter the parking area. It will have a “smart” access gate, which has a monitor that shows free parking spaces and other information (temperature, time, etc.). Second, the Smart Concierge, which includes cameras, computers, and actuators, which make it possible to recognize the faces of residents, illuminate their paths, open the door, call the elevator, and much more. The system is self-teaching and after the first use of a standard key, it will memorize the resident, and will then open the doors and turn on the lights. Third – the Smart Utilities Manager, which keeps track of utilities meters, timely warning residents about upcoming payments or completed autopayments. And this is not all that our project can include – any fantasy can be made real, since it’s not all that difficult. It’s a question of time and a small amount of funds. The aforementioned utilities company is another timely client in addition to our main client. This is a great safety net. If we can’t get financial support from the Funds, this is a great alternative.

– This is a multidisciplinary project. What institutes and schools are involved?

– The project is indeed multidisciplinary, since for each component we must calculate the economic characteristics, technical parameters, technological barriers, safety, control, and much more. We are cooperating with the School of Electrical Engineering and Computer Science and a number of faculties of the Institute of Engineering on the technology side of our project, and with the School of Economics and Management on the product promotion.

– There are five authoritative clients in this project. How do you cooperate with them in this project? Will Master’s students complete practical training at these enterprises?

– We held negotiations with the Ministry of Defence of the Russian Federation at AO KB Kuntsevo design bureau, with whom we are planning on completing the development of the VEU-3 serial wind power stations for use in the Arctic. These can later be used both for supplying power of our Smart House, or in the military-industrial complex. There is a similar situation with the Federal Security Service (FSB), the border troops of which require autonomous systems for generating power. So, after testing these projects, we are planning on informing these organisations about what we’ve achieved, the specialists we have, and the possibility of implementing the project or its components in the fields of interests for these potential clients. Rosatom Corporation is building a 132 MW wind farm near Moscow. Accordingly, a number of technologies will be offered to them for implementation. The other potential clients have only shown preliminary interest, which, however, must be related to the interests of our students and potential consumers. That is, we are combining the university’s and students’ fields of development and technical and economic interests with the requirements of the client. We will have to work seriously on this both with our marketing economists and with the procurement offices of our clients.

– According to the step-by-step plan, the project will be completed by 2021. What is planned for the near future?

– At present, we are planning on patenting every component that we have developed, performing computer simulation for the components, and publishing VAK and Scopus/WoS papers on the results of these simulations. The next stage will be implementation “in metal”, that is, creating models or experimental samples of our project. The level of these models and samples depends on the funding we receive.

– How does your project work with the Digital City project that is also being fulfilled with the help of SUSU?

– We believe that the Smart House project meets its definition fully and should be an element of the Digital City project.

Yuliya Rudneva; photos by A. Golyanov, archive of Evgeniy Solomin