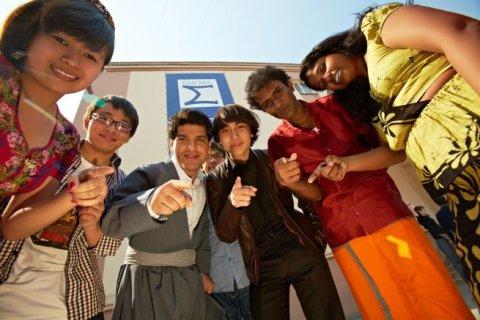 The main task of Association of Graduates is the formation of a corporate philosophy and a system of values of the university graduates. Every foreign student who has graduated from South Ural State University can become a member.

The opening of the Association will take place on December 13 with the solemn signing of an agreement between SUSU Rector Alexander Shestakov and President of the World Association of Graduates Vladimir Chety.

President of Association of Foreign Students of Russia Adu Yao Nikez will also come to congratulate the university and open the Association.

In addition, foreign graduates, even being in their own countries, could not but pay attention to their university and prepare video greetings for the 75th anniversary of SUSU. Students of Association of Foreign Students of South Ural prepare several gifts at once; they keep them as a secret for now.

The opening of Association will take place on December 13 in the conference hall of Sigma Education and Recreation Building at 16:00. We invite foreign students and graduates, teachers and staff of SUSU to take part in such an important event for the university!