SUSU Historians Win at the Zodchestvo 2018 International Festival of Architecture 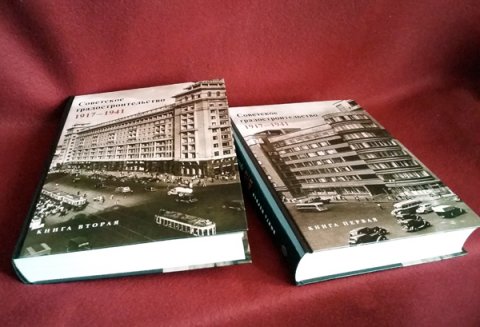 SUSU researchers’ fundamental study on the history of the Soviet city planning and architecture earned the highest award at the Zodchestvo 2018 International Festival of Architecture.

The two-volume book on the 1917-1941 History of Soviet City Planning, published in Moscow under the aegis of the Russian Academy of Architecture and Construction Sciences, earned the Golden Sign, the highest award of the prestigious international festival and exhibition Zodchestvo 2018.

The exhibition was held in Moscow from November 19th through November 21st. Evgenia Konysheva, Candidate of Sciences (Art History), Associate Professor of the Department of Theology, Culture, and Art of South Ural State University, advisor to the Russian Academy of Architecture and Construction Sciences became the co-author of this fundamental monograph. She wrote 5 chapters for this publication, one of which was dedicated to city planning in the Ural region, and the rest of the chapters – to European architects’ contribution to city planning in the USSR, and the collaboration between the representatives of the Soviet and Western city planning in the 1920s-1930s.