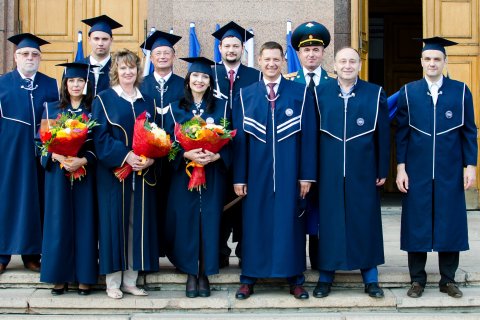 December 12th at 12:30 the SUSU Leaders 2018 Photo Gallery will be opened at the Scientific Library of South Ural State University in honour of the SUSU Anniversary. The exhibits of the photo gallery include portraits of the members of the Rectorate, institute directors, faculty deans, heads of offices and divisions, department heads, and professors who have achieved recognition and authority among their peers.

The exhibition will present black and white photographs of the leading researchers, dedicated supervisors, and talented academics and administrative staff – leaders in science, education, culture, sport, and social sphere at SUSU. In the centre of the gallery will be a portrait of the main leader of SUSU – Rector, Doctor of Sciences (Engineering), Professor, Chairman of the Council of Rectors of the Ural Federal District, Honoured Worker of the Russian Federation Higher Education, Honorary Worker of the Higher Professional Education – Aleksandr Shestakov.

Representatives of various SUSU divisions and institutes worked on the SUSU Leaders 2018 Photo Gallery. The author of the majority of the photos is Oleg Igoshin, Head of the Production Photostudio Laboratory, editor of the Digital Communications Office of the Marketing and Strategic Communications Department, and the 2014 graduate of the SUSU Faculty of Journalism. The photo gallery was designed and set up by Viktor Livshits, Head of the Department of Service and Technology of Material Artistic Processing, and Tatiyana Vekovtseva, Associate Professor of the Department of Journalism and Mass Communications, member of the Russia Designers Association, and member of the Union of Young Russian Artists. Many others took part in creating the photo gallery: Vadim Trofimychev, Vice-Rector for Estates and Facilities; Svetlana Smolina, Director of the SUSU Scientific Library; Lidiia Lobodenko, Head of the Marketing and Strategic Communications Department; Svetlana Iudochkina, Head of the Extracurricular Activities Department; and Arina Marfitsyna, Head of the SUSU 360-Degree Multimedia Newsroom. Liudmila Shesterkina, Dean of the Faculty of Journalism, guided the creative group in creating the photo gallery.