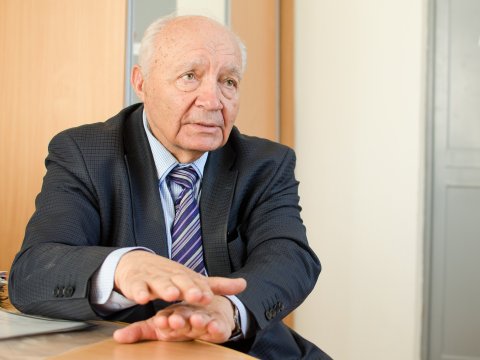 Doctor of Sciences (Engineering), Professor Vladimir Kozheurov is the founder of the school of Physical Chemistry of Metallurgical Systems and Processes. In the years of the war, with an acute shortage of qualified staff, V.A. Kozheurov provided theoretical training to future metallurgical engineers. At the same time, together with O.A. Esin he worked on proton transition during the electrolytic discharge of hydrogen ions.

M.I. Temkin attempted to take ion structure into account while calculating the thermodynamic properties of molten slag. However, it became clear that the laws describing the processes occurring in such solutions are only applicable to slag with very small quantities of silicon, aluminium, and phosphorous oxides. For all other slags, a new method for calculating the thermodynamic properties of ionic solutions was needed. V.A. Kozheurov solved this extremely difficult problem.

At Chelyabinsk Polytechnic Institute, Vladimir Kozheurov developed a more complete version of the theory of molten ionic compounds containing the proper quantity of cations and anions. He worked extensively on applying the theory of regular solutions to metal systems. His proposed statistical theory of interstitial solutions, which made it possible to calculate the solubility of carbon in low-carbon alloys, was extremely interesting.

V.A. Kozheurov’s first post-graduate student, Vladimir Antonenko, was also one of the first lecturers at the Department of Physical Chemistry. Vladimir Antonenko developed a theory for regular ionic solutions with an arbitrary number of cations and anions and used it to describe the properties of hydrogen in oxide melts. This theory uses only the structural parameters of the solution and has no constants requiring experimental evaluation.

The properties of complex multi-component metallurgical systems did not “fit” into the thermodynamic model of ionic solutions, which Vladimir Kozheurov used. This prompted his successor, Gennady Mikhailov and his students to develop a new model, which expanded the possibilities of the theory. The beginning of Gennady Mikhailov’s scientific career was tied to the substantiation of the concept of “indistinguishability” of differently-charged atoms of iron in ion solutions. Further, G.G. Mikhailov developed a method for the thermodynamic analysis of multi-component systems, which makes it possible to predict the distribution of elements between phases, decipher the mechanism of the formation process of non-metallic inclusions in steel, and to justify the choice of complex alloys for refining liquid metal. 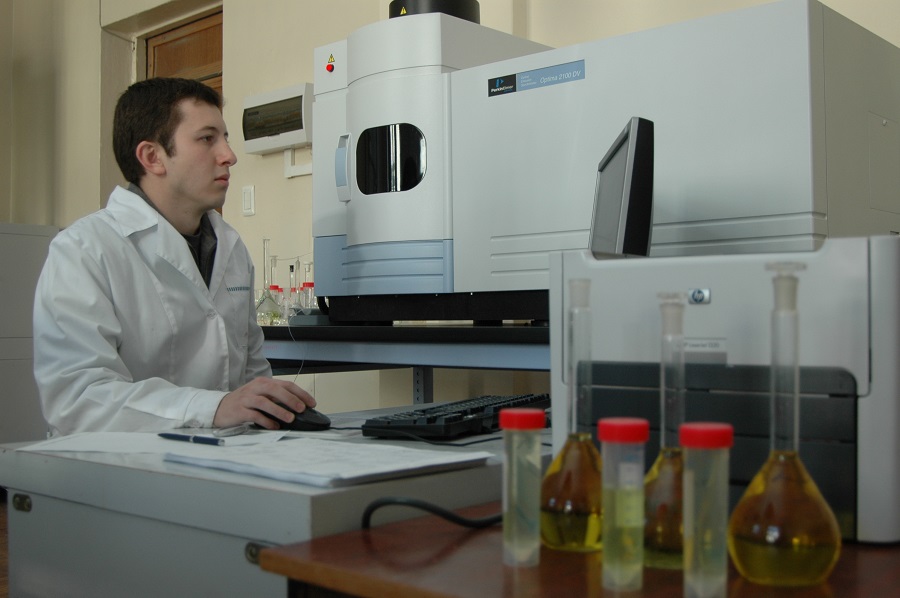 Implementing the experience of theoretical and experimental research of metallurgical systems, the Department’s researchers worked with the Chelyabinsk Metallurgy Research Institute to determine the optimal compositions of alloys for the complex deoxidation of steel, as well as calcium-, magnesium-, and barium-containing alloys for refining metals of various degrees of deoxidisation. They also took part in developing steelmaking technologies for cold-rolling mills, non-furnace alloying of corrosion-resistant steels with titanium, and production of high-quality blanks for the turbine rotors of nuclear power plants.

Gennady Mikhailov and Yuriy Kuznetsov were the first to study the distribution of elements between corundum and liquid metal alloys, and to give recommendations on improving the technologies used for smelting electro-corundum.

Vladimir Shishkov studied the thermodynamics of compounds with variable compositions. He developed a version of the ionic theory of solutions, which made it possible to successfully describe the thermodynamic properties of a number of nonstoichiometric compounds.

The systematic study of the thermodynamics of oxides of variable compositions began with the work of Yu. S. Kuznetsov and A.A. Lykasov. But there was not a single researcher who did not make a contribution to the development of this field.

The SUSU school of physical chemistry has been working with researchers and engineers from Chelyabinsk’s metallurgical enterprises and the Chelyabinsk Metallurgy Research Institute for many years now. Together, they have developed the scientific bases for smelting chromium alloys for metal refining. Special merit for solving problems in ferroalloy production belongs to one of the Department’s associate professors – Candidate of Sciences (Engineering) Igor Pashkeev, who has authored many scientific ideas, which he brought to life with the help of the Department staff A.V. Senin, O.A. Tolkanov, and staff from Chelyabinsk Electrometallurgy Plant.

Over the last decade, SUSU researchers have made significant progress in the study of the thermodynamics of high-temperature processes. Doctoral and candidate’s dissertations are written on this topic and defended.

“We have also created a new kind of generalisation of multi-component systems. With the help of this new kind of generalisation of experimental data, we can obtain answers to many questions,” explains professor Gennady Mikhailov, Head of the SUSU Department of Materials Science and Metallurgy Engineering, Honoured Worker of Science, and Honoured Worker of Higher Education of the Russian Federation. “Evgeniy Eliseev and a group of authors who work in the Department have prepared a small publication on the physicochemical properties of oxide-sulphide solutions.” 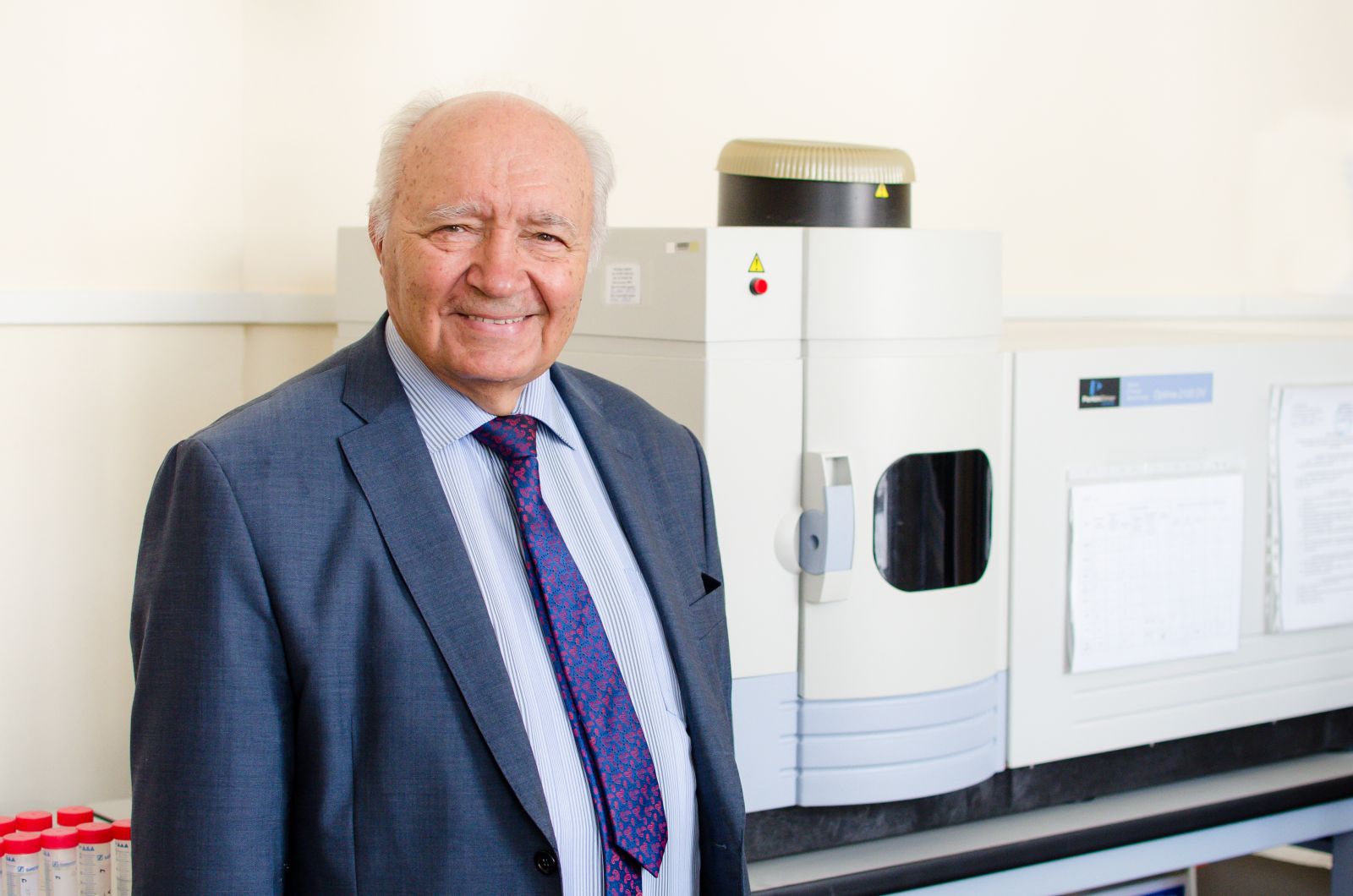 The book was released in a small run, but turned out to be helpful for manufacturers. Kyshtym Copper-Electrolytic Plant has asked for a larger run to be produced, and Russian Copper Company also asked for 60 more copies to be published.

The book presents the technological schemes of the main processes of production, gives a brief description of their theoretical foundations, and describes the advanced technology of melting. In particular, the authors present the method and offer examples for calculating the material and thermal balances, and main technological indicators of smelting and converting copper matte, fire and electrolytical refining of copper, electroextraction of copper from sulphate solutions, and production of electrolytic copper foil from cathode copper. A thermodynamic model for determining the peak solubility of additives in copper is proposed. The material is presented in a way suitable for programming calculations.

Researchers of this scientific school have also studied the current status and prospects for manufacturing chromium alloys at Chelyabinsk Electrometallurgy Plant and developed the theoretical foundations of the processes for producing high carbon ferrochrome from Ural ore.

“There was a time when ferroalloy plants ran out of chromium,” explains Gennady Mikhailov. “They were able to use small local ore deposits, which we did. We analysed them and thought about how to create a technique for producing chrome from these small deposits. On the other hand, in the Polar Urals, there is a rich deposit of chromium ores – but they have a bit too much magnesium. We had to solve this issue as well. This is how we developed the theoretical foundations for the processes of producing high-carbon ferrochrome from ore from the northern Ural region.”

A special sorbent has been developed at SUSU to solve ecological problems. Sorbent is a substance, which is able to neutralise hazardous effects of heavy metals, turning them into a so-called inert mineral, which is as safe for the environment as a typical river pebble. The sorbent makes it possible to remove hazardous impurities from water and soil. It has successfully passed its first tests in both experimental conditions and in real facilities in the field. One undeniable advantage of this invention is its low cost and its efficiency when used for metallurgical slags. Dmitriy Zherebtsov is a Candidate of Sciences (Chemistry), senior researcher of the Department of Materials Science and Metallurgy Engineering, and engineer of the SUSU Nanotechnology Research and Education Centre. He works on the synthesis of carbon in new, never-before-seen forms, obtaining nanoporous carbon materials to create a new class of catalysts and a new class of batteries and, ideally, to reach high-temperature superconductivity.

Denis Vinnik, Head of the Laboratory of Crystal Growth, is working on a project to create single crystals based on barium hexaferrite. This unique material will be in demand in manufacturing in our country and around the world. The researcher was also able to develop theoretical methods for obtaining single crystals of barium hexaferrite and analyse unique characteristics of this substance. Recently, Denis Vinnik was awarded the title Doctor of Sciences.

The studies conducted by these young researchers form the basis of publications in highly-ranked scientific journals and will become the subject of applications for grants.