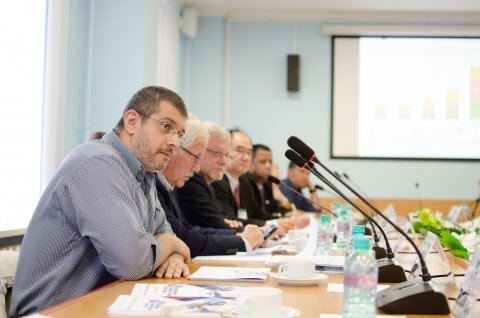 Just before the SUSU’s Anniversary a meeting of the International Scientific Council will be held on December 13th, which will be dedicated to the university’s history and its achievements within Project 5-100. The meeting will be hosted by SUSU Rector Aleksandr Shestakov.

The university’s achievements within Programme 5-100 and the concept of positioning SUSU as a university of digital transformations for the industry of the Big Ural region will be presented at the meeting of the International Scientific Council.

Some of the laboratories served as the platform for forming promising research collaborations. For example, a collaborative project in engineering between Oxford University (represented by Oxford Professor Manus Patrick Henry), SUSU and Emerson is being developed at the Self-Validating Sensors, Systems, and Advanced Instrumentation Laboratory. The participants of this collaborative project have organised an academic exchange programme for post graduate students and post-doc students for the purpose of performing joint publications and projects in engineering.