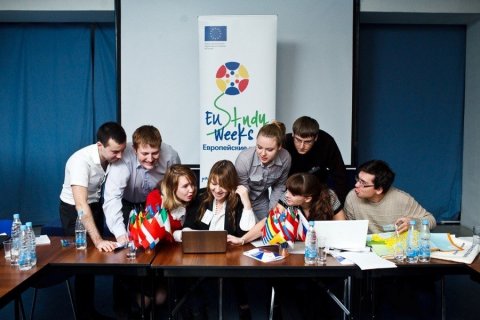 On November 27th a New Vision – 3 Interuniversity Student Science-to-practice Conference was held at the Department of International Relations and Regional Studies of the Institute of Linguistics and International Communications, on the occasion of the 75th Anniversary of SUSU.

In the course of the conference the participants discussed the most pressing problems in the field of international relations, regional studies, and political linguistics. Besides students of South Ural State University, the conference participants also included students of South Ural State Humanitarian Pedagogical University and of Chelyabinsk State University. The peculiarity of this event was that students themselves actively participated in organising and holding of the conference. Thus, they acted as jury members and choose the victors and prize-winners. The scientific forum comprised three sections, and the prizes in each of them were awarded as follows:

Our congratulations to the winners! We wish you further success in science! The Organising Committee would like to thank the teachers and students who took active part in preparing and holding of the conference!