Meeting with a Researcher from Germany Held at SUSU 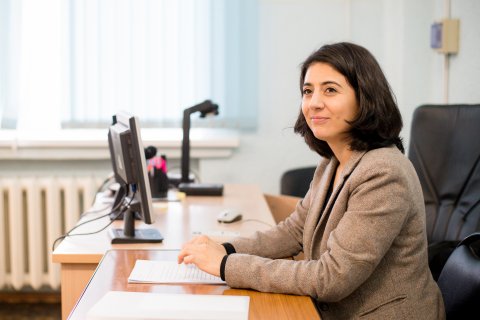 A methodological workshop was held at the Department of Russian and International History of South Ural State University, where Acelya Bakir, a postgraduate student of University of Dusseldorf, Germany, delivered her presentation.

The postgraduate student came to Chelyabinsk for scientific internship as she is collecting materials for her thesis project on media representation of the Moscow processes of the Great Terror of 1936-1938, and is looking for academic advice from the SUSU historians on the methodological issues of her thesis. Most of her research work Acelya Bakir is performing at the Unified State Archive of the Chelyabinsk Region and the Scientific Library of the Chelyabinsk Region, where she is searching for historical information. At the methodological workshop Acelya Bakir presented her research project on Sehen, Hören, Mitmachen: Die mediale Inszenierung der Moskauer Schauprozesse in der Sowjetunion, 1936–1938 (To See, to Hear, and to Partake: Media Representation of the Moscow Show Trials in the USSR of 1936-1938) to SUSU students. 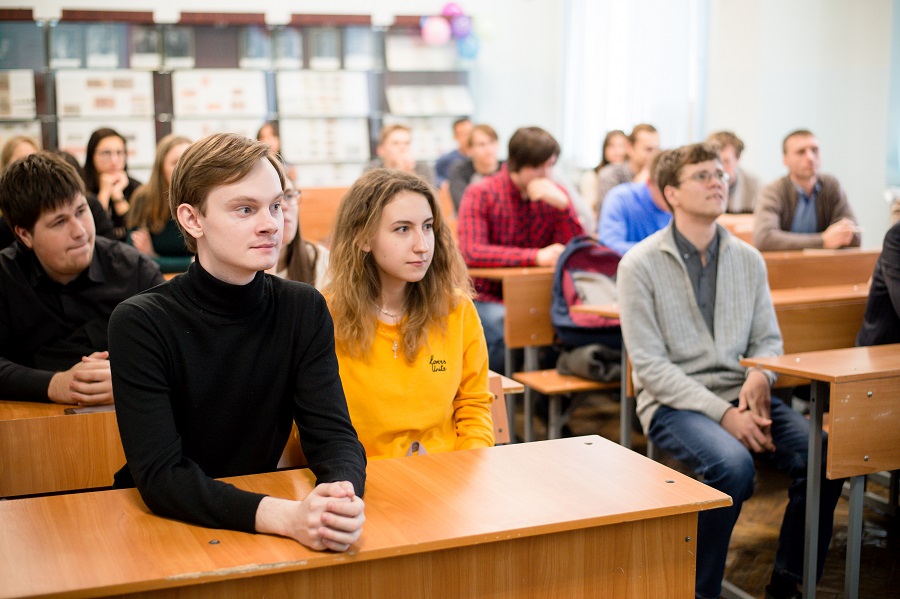 Head of the Department of Russian and International History Olga Nikonova shares on the principles of holding the methodological workshop, and on why the SUSU interns from abroad take part in it.

“We learn which methods the Western scientists use to work on historical problems, we compare Russian and foreign techniques, we discuss scientific projects, dispute about them and provide our recommendations. Bachelor’s students, Master’s students, postgraduates and teachers take part in the methodological workshop, and during the discussions everyone is equal.”

Also Olga Nikonova explains why it is important for SUSU to collaborate with international scientists.

“When our guests visit us and present their scientific works, we do the supervision work, and help them progress in their projects or theses. Obviously, this is agreed upon with the German side. We use such visits to organise communication between Russian and foreign researchers, as well as between scientists and students. The process of scientific communication helps get to know each other better, and establish scientific contacts and collaboration. The visit by Acelya Bakir is the actual proof that such communication is fruitful.”

It is for the third time that Acelya Bakir visits SUSU as a guest: in 2012 she participated in the Summer School organised by the university; her second visit to the international Summer School was already in the status of a lecturer. In 2012, within the frameworks of the Summer School for students from Germany, the Department’s staff organised a visit to the state archive, where students were granted an opportunity to work with the archives and the cards of the German members of the Labour Army. Olga Nikonova notes that the experience gained during that Summer School became an impulse for the research work of Acelya Bakir:

“It was something new for the German students when they were invited to the archive to do research there. There is no such practice in Germany. It was an interesting experience for the participants of the Summer School.” 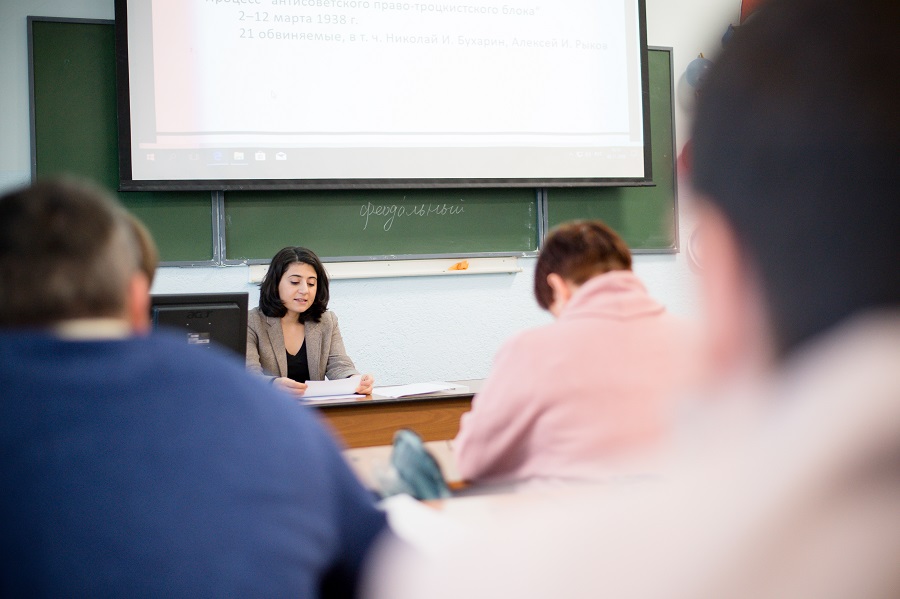 Talking about how she chose the topic of her research, Acelya Bakir recalls the Summer School at South Urals, her academic advisor in Germany, and shares her plans:

“Back at my university I’m studying the Soviet history, and I’m particularly interested in the Stalin’s period history. My academic advisor Beate Fieseler was the one who influenced my choice of the research topic, as for a long time she has been studying the repressions in the Soviet Union and the problems of covering those repressions by the media. I was awarded a grant by the Friedrich Ebert Foundation for development of my topic.”

I believe that my work in the archive gave me a lot of useful information, which I hadn’t had before. When I return home, I will have to read through all of it, study it and shape into my thesis. I’ve been working on this topic for a year now. I have a clear plan: 1 year for collection of empiric material, followed by a stage of the material analysing, and by writing of the work itself.

The attendees of the methodological workshop appreciated the presentation by Acelya Bakir, and the teachers and students asked many questions.

“There was plenty of questions from students. I delivered presentations on this topic in different cities and countries. But here people asked some new questions on this issue, and I’m very grateful to them for that,” says Acelya Bakir.

During the time of her stay in Chelyabinsk postgraduate student of University of Dusseldorf Acelya Bakir managed to fulfil not only scientific programme, but a cultural one as well.

“My previous visits here did not last very long, just about 2 weeks. This time I have come for 2 months and have managed to learn more about the city. I like Chelyabinsk very much, and I think it’s a big city with many opportunities and cultural events. Over the time of my stay I went to a performance to the Opera Theatre, to a hockey match of Traktor Ice Hockey Club, as well as on a most interesting excursion to Troitsk.”

The Faculty of History of South Ural State University has deserved a reputation of a well-known scientific centre. Today, as SUSU has become a participant of Programme 5-100, its main strategic goal includes activating, supporting and expanding the contacts with foreign History institutes and departments. And the shortest way to achieve this is through live communication, experience exchange and direct contacts.